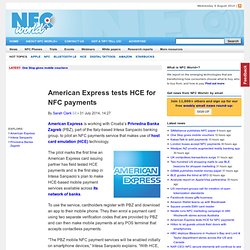 The pilot marks the first time an American Express card issuing partner has field tested HCE payments and is the first step in Intesa Sanpaolo’s plan to make HCE-based mobile payment services available across its network of banks. To use the service, cardholders register with PBZ and download an app to their mobile phone. They then enrol a payment card using two separate verification codes that are provided by PBZ and can then make mobile payments at any POS terminal that accepts contactless payments. “The PBZ mobile NFC payment services will be enabled initially on smartphone devices,” Intesa Sanpaolo explains. Internet: How websites are experimenting on you. Websites are using hidden tricks to make you click or buy without realising, and the way they do it can be both baffling and controversial, finds Chris Baraniuk. 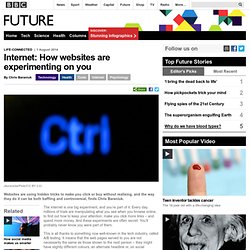 The internet is one big experiment, and you’re part of it. Every day, millions of trials are manipulating what you see when you browse online, to find out how to keep your attention, make you click more links – and spend more money. And these experiments are often secret. You’ll probably never know you were part of them. This is all thanks to something now well-known in the tech industry, called A/B testing. Plan du Centre - bercyVillage. Roadsign. 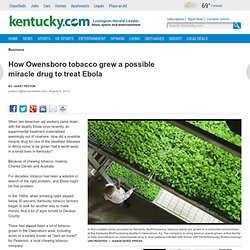 How did a possible miracle drug for one of the deadliest diseases in Africa come to be grown half a world away in a small town in Kentucky? Because of chewing tobacco, malaria, Charles Darwin and Australia. For decades, tobacco has been a solution in search of the right problem, and Ebola might be that problem. In the 1990s, when smoking rates slipped below 30 percent, Kentucky tobacco farmers began to look for another way to make money. And a lot of eyes turned to Daviess County.

There had always been a lot of tobacco grown in the Owensboro area, including acres of a variety known as "dark air-cured" for Pinkerton, a local chewing tobacco company. But what was growing there now was different: it would never be smoked or dipped. But Kuegel was keen for a new opportunity. "We grew a cat vaccine," Kuegel said last week. Why Owensboro? The next phase. New materials developed that are as light as aerogel, yet 10,000 times stronger - Images.

Imagine materials strong enough to use in building airplanes or motor cars, yet are literally lighter than air. 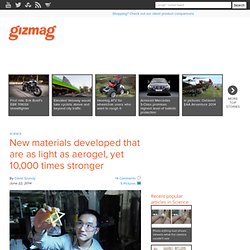 Soon, that may not be so hard to do because a team of researchers from MIT and Lawrence Livermore National Laboratory (LLNL) have developed new ultra-lightweight materials that are as light as aerogel, but 10,000 times stiffer, and may one day revolutionize aerospace and automotive designs. View all Aerogels are incredibly light, so light that the record holder, aerographene, boasts a density of just 0.16 mg/cm3.

Currently, aerogels are used for insulation, tennis racquets, as a means of controlling oil spills, and were used on the NASA Stardust mission to collect samples from a comet’s tail. Unfortunately, despite its seemingly ephemeral nature, its very much a solid and will shatter if pressed hard enough, so its use is limited. Death Valley Sailing Stones Caught in Action for First Time. After more than seventy years of attempts to solve the mystery of Death Valley’s sailing stones, U.S. researchers led by Dr Brian Jackson of Boise State University have finally caught the stones in action. 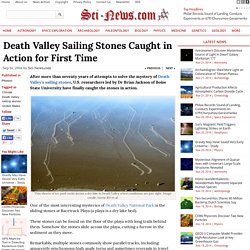 Thin sheets of ice push rocks across a dry lake in Death Valley when conditions are just right. Image credit: Norris RD et al. One of the most interesting mysteries of Death Valley National Park is the sliding stones at Racetrack Playa (a playa is a dry lake bed). These stones can be found on the floor of the playa with long trails behind them. The World's BIGGEST HOLES. Pied dedans, plein les yeux et le vent dans le dos ! KITOKO STUDIO - ARCHITECTURE - LANDSCAPE - URBAN - INTERIOR - DESIGN. Français | English | 中文. 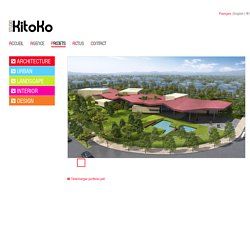 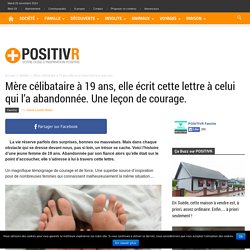