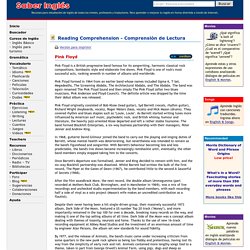 In 1968, guitarist David Gilmour joined the band to carry out the playing and singing duties of Barrett, whose mental health was deteriorating, but nevertheless was intended to remain as the band's figurehead and songwriter. Once Barrett's departure was formalised, Jenner and King decided to remain with him, and the six-way Blackhill partnership was dissolved. English Reading Comprehension - Comprensi n de lectura en ingl s. Saberingles.com.ar Name:Date: Winston Churchill Sir Winston Leonard Spencer Churchill, KG, OM, CH, TD, FRS, PC (Can). (30 November 1874 – 24 January 1965) was a British politician who served as Prime Minister of the United Kingdom from 1940 to 1945 and again from 1951 to 1955. 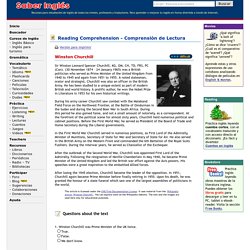 A noted statesman, orator and strategist, Churchill was also an officer in the British Army. He has been studied to a unique extent as part of modern British and world history. During his army career Churchill saw combat with the Malakand Field Force on the Northwest Frontier, at the Battle of Omdurman in the Sudan and during the Second Boer War in South Africa. English Reading Comprehension - Comprensi n de lectura en ingl s. Saberingles.com.ar Name:Date: Three Scientists Win Nobel Prize in Medicine Their work involved the health of cells and the aging process. 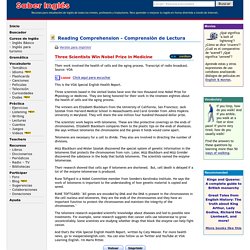 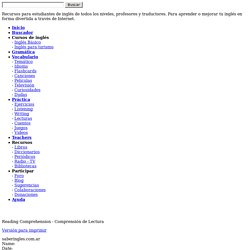 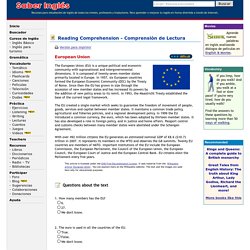 English Reading Comprehension-1.1. Saberingles.com.ar Name:Date: Stonehenge Stonehenge is a Neolithic and Bronze Age megalithic monument located near Amesbury in the English county of Wiltshire, about 8 miles (13 km) north of Salisbury. 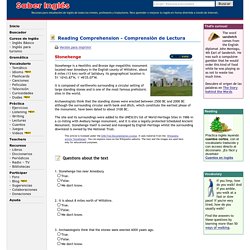 Its geographical location is 51°10'43.87"N, 1°49'35.07"W. It is composed of earthworks surrounding a circular setting of large standing stones and is one of the most famous prehistoric sites in the world. English Reading Comprehension- 2.1. Saberingles.com.ar Name:Date: House of Lords The House of Lords is a component of the Parliament of the United Kingdom, which also includes the Sovereign and the House of Commons. 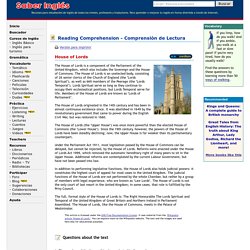 The House of Lords is an unelected body, consisting of 26 senior clerics of the Church of England (the "Lords Spiritual"), as well as 669 members of the Peerage (the "Lords Temporal"). Lords Spiritual serve as long as they continue to occupy their ecclesiastical positions, but Lords Temporal serve for life. The House of Lords originated in the 14th century and has been in almost continuous existence since. The House of Lords (the "Upper House") was once more powerful than the elected House of Commons (the "Lower House"). Under the Parliament Act 1911, most legislation passed by the House of Commons can be delayed, but cannot be rejected, by the House of Lords. This article is licensed under the GNU Free Documentation License.

Questions about the text.