I Can Find an Indicted Warlord. So Why Isn't He in The Hague?

Sierra Leone. Nigeria. Somalia. Kenya. The Chinese-African Union - An FP Slide Show. Africa Unleashed. It is well known that the 1970s, 1980s, and 1990s were a disaster for the countries of sub-Saharan Africa. 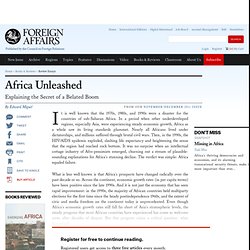 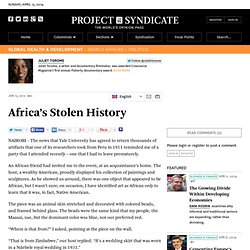 Click to hide this space NAIROBI – The news that Yale University has agreed to return thousands of artifacts that one of its researchers took from Peru in 1911 reminded me of a party that I attended recently – one that I had to leave prematurely. The Future of Fair Trade - Africa Must Liberalize Internally. The European: How fair is fair trade? 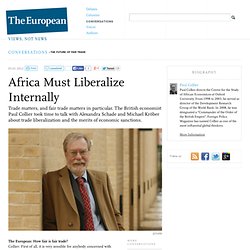 Collier: First of all, it is very sensible for anybody concerned with development to be concerned about trade. Trade really is more important than aid. And so getting the basis for trade right is indeed a very important thing to focus on. I think there has been a tendency of the fair trade movement to sometime focus too much on particular issues. Fair trade coffee obviously did not increase the demand for coffee. The European: So, if those farmers who produce fair trade products get higher prices for their products, would that not lead poor farmers to actually try to produce fair trade products as well?

The European: What would that mean for Africa? The European: In your opinion, what way is there to improve the economic partnership between Europe and Africa? News Desk: Ten Biggest Positive Africa Stories of 2011. Book Review: Africa's Moment. "An African Horn of Plenty" by José Graciano da Silva. Exit from comment view mode. 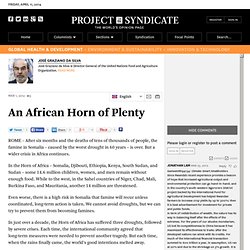 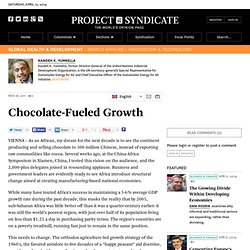 Click to hide this space VIENNA – As an African, my dream for the next decade is to see the continent producing and selling chocolate to 300 million Chinese, instead of exporting raw commodities like cocoa. Several weeks ago, at the China-Africa Symposium in Xiamen, China, I tested this vision on the audience, and the 2,000-plus delegates joined in resounding applause. Business and government leaders are evidently ready to see Africa introduce structural change aimed at creating manufacturing-based national economies.

An elemental force: Uranium production in Africa, and what it means to be nuclear. "Decolonizing the Franc Zone" by Sanou Mbaye. Exit from comment view mode. 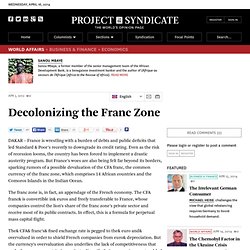 Click to hide this space. The White Savior Industrial Complex - Teju Cole - International. Sharing the Burden - By Charles Kenny. It's 113 years since Rudyard Kipling -- poet propagandist for empire -- exhorted Americans, newly ensconced as the colonial power in the Philippines, to "Take up the White Man's burden/The savage wars of peace/Fill full the mouth of Famine/And bid the sickness cease. 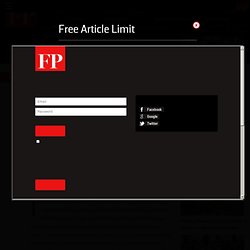 " A century and change later, a new survey suggests people in the rich world have attitudes towards developing countries that would make Kipling proud. And not only are their views completely out of touch with what is going on in Africa, Asia, and Latin America, but they are positively harmful to continued progress in the developing and rich worlds alike.

The survey, by Intermedia, looks at popular attitudes towards international development in countries including Britain, France, Germany, and the United States. The good news for harried aid-agency staff fearful of swinging budget cuts is that there are a lot of people in Europe and America who care about global development. How Not to Write About Africa - By Laura Seay. Africa’s Dirty Wars by Jeffrey Gettleman. Warfare in Independent Africa by William Reno Cambridge University Press, 271 pp., $27.99 (paper) Food and nutrition crisis in Sahel region of Africa. A potentially catastrophic food crisis in the Sahel region of West and Central Africa could affect as many as one million children. 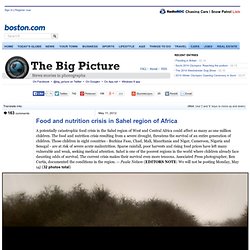 The food and nutrition crisis resulting from a severe drought, threatens the survival of an entire generation of children. Those children in eight countries - Burkina Faso, Chad, Mali, Mauritania and Niger, Cameroon, Nigeria and Senegal - are at risk of severe acute malnutrition. Sparse rainfall, poor harvests and rising food prices have left many vulnerable and weak, seeking medical attention. Sahel is one of the poorest regions in the world where children already face daunting odds of survival.

East Africa Is the New Epicenter of America's Shadow War. When Adm. 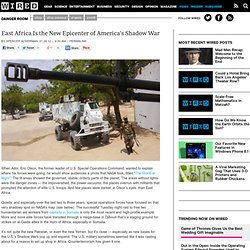 Eric Olson, the former leader of U.S. Special Operations Command, wanted to explain where his forces were going, he would show audiences a photo that NASA took, titled “The World at Night.” 5 Other People Ruining Zimbabwe - By Erin Conway-Smith. When Robert Mugabe turned 88 in February, he celebrated with five massive cakes, a soccer tournament dubbed the "Bob 88 Super Cup," and a beauty pageant. 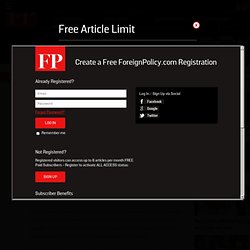 "The day will come when I will become sick," Mugabe told Radio Zimbabwe, according to AFP. "As of now I am fit as a fiddle. " Fortified with Botox, vitamin shots and black hair dye, Mugabe still seems pretty feisty, last week running down civilians with his motorcade and taking a bloated entourage to the United Nations sustainable development conference in Rio de Janiero, Brazil. Obama takes on the LRA. Central African Republic: LRA Attacks Escalate.