Californiaindianeducation.org - StumbleUpon. Things to Stop. Sirius Disclosure Project Documentary Full Movie Part 1 2013. The Evolution of Tattoos – Then and Now. What are tattoo’s to you? 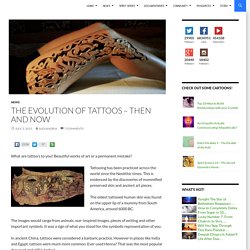 Beautiful works of art or a permanent mistake? Tattooing has been practiced across the world since the Neolithic times. This is evidenced by the discoveries of mummified preserved skin and ancient art pieces. The oldest tattooed human skin was found on the upper lip of a mummy from South America, around 6000 BC. The images would range from animals, war-inspired images, pieces of writing and other important symbols. In ancient China, tattoos were considered a barbaric practice. In Egypt, a lot of the tattoos were found on females as it indicated their status. In tribes, tattoos represent different roles, status and even – something much more interesting. Sirius Disclosure Project Documentary Full Movie Part 1 2013. Steve Maxwell - Ageless. Ido Portal - Just Move. Joe Rogan & Dan Hardy talk about DMT and Consciousness. London real.

I think they are incredible tools for learning and increasing our awareness of important issues. The power of an interesting documentary is that it can open our minds to new possibilities and deepen our understanding of the world. On this list of mind expanding documentaries you will find different viewpoints, controversial opinions and even contradictory ideas. Critical thinking is recommended. Project Freeman: The Journey Home (With Music Along The Way) by 'Litmus A Freeman' Money As Debt - Full Length Documentary. Alternative Societies. Thousands of plastic loom bands fill homes across the country... but tests have linked them to cancer causing chemicals. Hundreds of thousands of loom band toys imported into the country could contain poisons linked to cancer and birth defects, research has found. 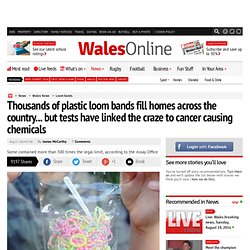 The British Assay Office, which tests for purity of products, discovered loom band related products it tested had 500 times the legal level of toxins – and there are fears ruthless retailers may be flouting regulations. Brian Springer - Spin. Codex Alimentarius: Population Control Under the Guise of Consumer Protection - NaturalNews.com. (NaturalNews) Codeath (sorry, I meant Codex) Alimentarius, latin for Food Code, is a very misunderstood organization that most people (including nearly all U.S. congressmen) have never heard of, never mind understand the true reality of this extremely powerful trade organization. 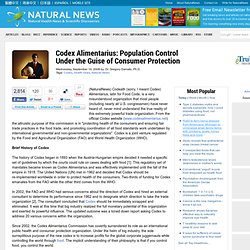 In Lies We Trust: The CIA, Hollywood, and Bioterrorism. 166 Free Documentaries That Will Expand Your Consciousness. Here is a list of over 100 consciousness expanding documentaries that will assist you in your evolution, all of which can watched for free online in the links below. 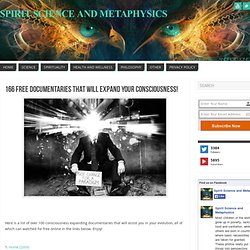 2012 – A Message of Hope. Greatest Speech Ever Made - Charlie Chaplin. UFOs OUT OF THE BLUE - HD FEATURE FILM. An interview with Gordon Creighton. Paul Hellyer. Paul Theodore Hellyer , PC (born 6 August 1923) is a Canadian engineer , politician , writer and commentator who has had a long and varied career. 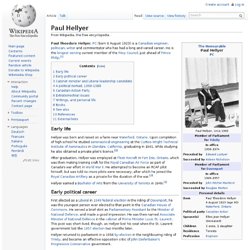 He is the longest serving current member of the Privy Council , just ahead of Prince Philip . [ 1 ] Early life Hellyer was born and raised on a farm near Waterford, Ontario . Upon completion of high school he studied aeronautical engineering at the Curtiss-Wright Technical Institute of Aeronautics in Glendale, California , graduating in 1941. While studying he also obtained a private pilot's licence. [ 2 ] After graduation, Hellyer was employed at Fleet Aircraft in Fort Erie, Ontario , which was then making training craft for the Royal Canadian Air Force as part of Canada's war effort in World War II . Hellyer earned a Bachelor of Arts from the University of Toronto in 1949. [ 2 ] Early political career Cabinet minister and Liberal leadership candidate A political nomad, 1969–1988 Hellyer sat in Parliament as an independent for several years. Books. Former Canadian defence minister: 'Aliens among us' The Alien Agenda - What THEY don't want you to know...[Simon Parkes New Horizons 2014] 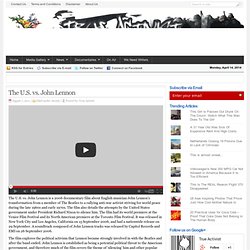 John Lennon is a 2006 documentary film about English musician John Lennon’s transformation from a member of The Beatles to a rallying anti-war activist striving for world peace during the late 1960s and early 1970s. The film also details the attempts by the United States government under President Richard Nixon to silence him. The film had its world premiere at the Venice Film Festival and its North American premiere at the Toronto Film Festival. It was released in New York City and Los Angeles, California on 15 September 2006, and had a nationwide release on 29 September. A soundtrack composed of John Lennon tracks was released by Capitol Records and EMI on 26 September 2006. NEW Chariots of the Gods (The Mysteries Continue) (FULL) Erich von Daniken. Phil Schneider: Assassinated After Disclosure - Full Feature. Rethink your life. 26 Mile Alien Mothership in our Solar System. 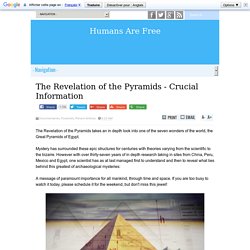 The Revelation of the Pyramids takes an in depth look into one of the seven wonders of the world, the Great Pyramids of Egypt. Mystery has surrounded these epic structures for centuries with theories varying from the scientific to the bizarre. However with over thirty-seven years of in depth research taking in sites from China, Peru, Mexico and Egypt, one scientist has as at last managed first to understand and then to reveal what lies behind this greatest of archaeological mysteries: A message of paramount importance for all mankind, through time and space. If you are too busy to watch it today, please schedule it for the weekend, but don't miss this jewel!

The following documentary is an Absolute Must-Watch, and you will soon understand why: You can buy this DVD on Amazon, but please read disclaimer.