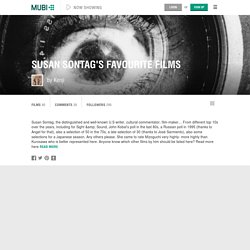 Any others please. She came to rate Mizoguchi very highly- more highly than Kurosawa who is better represented here. Anyone know which other films by him should be listed here? Read more here Susan Sontag, the distinguished and well-known U.S writer, cultural commentator, film-maker… From different top 10s over the years, including for Sight & Sound, John Kobal’s poll in the last 80s, a Russian poll in 1995 (thanks to Angel for that), also a selection of 50 in the 70s, a late selection of 30 (thanks to José Sarmiento), also some selections for a Japanese season. 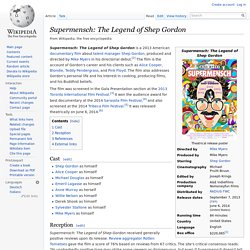 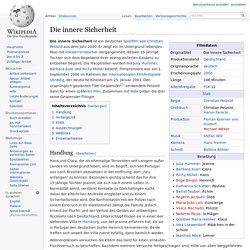 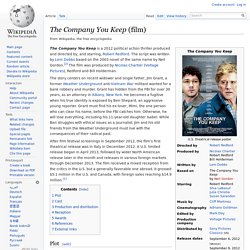 The script was written by Lem Dobbs based on the 2003 novel of the same name by Neil Gordon.[2] The film was produced by Nicolas Chartier (Voltage Pictures), Redford and Bill Holderman. The story centers on recent widower and single father, Jim Grant, a former Weather Underground anti-Vietnam War militant wanted for a bank robbery and murder. Grant has hidden from the FBI for over 30 years, as an attorney in Albany, New York.

He becomes a fugitive when his true identity is exposed by Ben Shepard, an aggressive young reporter. Grant must find his ex-lover, Mimi, the one person who can clear his name, before the FBI catches him. After film festival screenings in September 2012, the film's first theatrical release was in Italy in December 2012. Ben pursues Jim and tries to question him, but Jim is evasive. Meanwhile, Jim and Isabel arrive in New York City. Gothic King Cobra. Jean-Paul Goude: So Far, So Goude (Part 1/3) The Big Fat List of Documentaries About Photography. The Conformist ( il conformista ) Theatrical Trailer by Bernardo Bertolucci. Kid with a Bike Trailer. 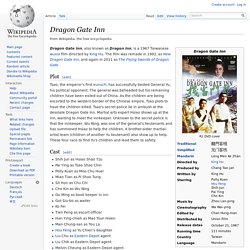 The film was remade in 1992, as New Dragon Gate Inn, and again in 2011 as The Flying Swords of Dragon Gate. Plot[edit] Tsao, the emperor's first eunuch, has successfully bested General Yu, his political opponent. The general was beheaded but his remaining children have been exiled out of China. As the children are being escorted to the western border of the Chinese empire, Tsao plots to have the children killed. Cast[edit] External links[edit] Stellet Licht. Still Walking. Still Walking (jap. 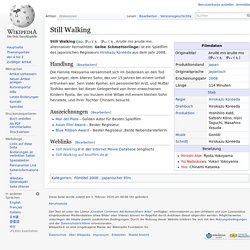 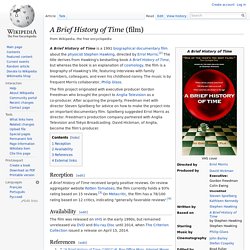 The music is by frequent Morris collaborator, Philip Glass. The film project originated with executive producer Gordon Freedman who brought the project to Anglia Television as a co-producer. After acquiring the property, Freedman met with director Steven Spielberg for advice on how to make the project into an important documentary film. Spielberg suggested Errol Morris as director. A Brief History of Time (film) Lady Snowblood Original Japanese Trailer (Toshiya Fujita, 1973) 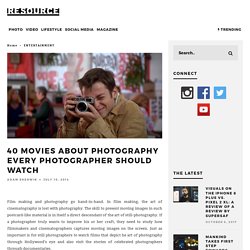 In film making, the art of cinematography is lost with photography. The skill to present moving images in such postcard-like material is in itself a direct descendant of the art of still-photography. If a photographer truly wants to improve his or her craft, they need to study how filmmakers and cinematographers captures moving images on the screen. Just as important is for still photographers to watch films that depict he art of photography through Hollywood’s eye and also visit the stories of celebrated photographers through documentaries. Here are 40 notable movies about photography every photographer should watch… in no particular order. 40 Movies About Photography – 1. A dark thriller featuring an inspired Robin Williams playing a Walmart one-hour photo clerk who ended up stalking a family whose pictures he regularly takes and develops.

Lost Bohemia - Trailer One. Port of New York (1949) YUL BRYNNER. I Shot Andy Warhol Trailer (1996) Werckmeister Harmonies trailer. THE LAST IMPRESARIO. VISIONS Featurette - Eyes of Laura Mars. The man who shot Chinatown Trailer. John Pilger - The Coming War documentary. The Coming War between America and China - the new documentary project from John Pilger 'Journey' is an overworked word these days, but I can think of none other to describe the making of a documentary film. 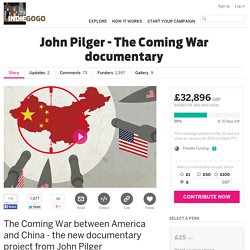 Ten years ago, a film of mine could be made in six months, even less. The main work was the research, the journalism. Whenever I felt confident I had the basis of a 'story', I would go to the ITV Network in the UK and seek a broadcast commission. If that was forthcoming, ITV would fund the production. Roman Polanski's Favourite Films. A list I’m compiling of films that Polanski has said he admires or cites as an influence in interviews and other sources. 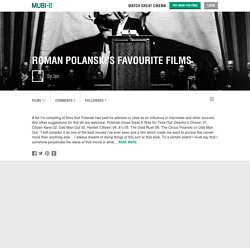