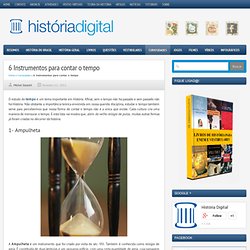 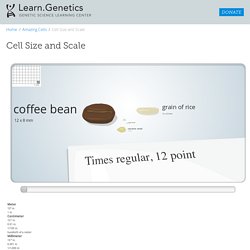 That means that under the right conditions, you might be able to see an ameoba proteus, a human egg, and a paramecium without using magnification. A magnifying glass can help you to see them more clearly, but they will still look tiny. Smaller cells are easily visible under a light microscope. It's even possible to make out structures within the cell, such as the nucleus, mitochondria and chloroplasts. To see anything smaller than 500 nm, you will need an electron microscope. Adenine The label on the nucleotide is not quite accurate. How can an X chromosome be nearly as big as the head of the sperm cell? No, this isn't a mistake. The X chromosome is shown here in a condensed state, as it would appear in a cell that's going through mitosis. Gravity Wells. Heat: A Visual Tour of What's Hot or Not in the Universe. Think this graphic is cool? 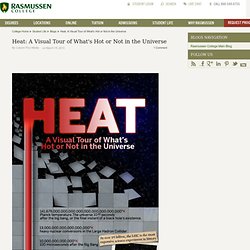 Pursue a career in computer design through a web design degree online at Rasmussen College. Embed the above image on your site <a href=" mce_href=" src=" mce_src=" alt="Rasmussen College Online" width="600" height="4321" /></a> External links provided on Rasmussen.edu are for reference only. Universcale. Five Visualizations to Grasp the Scale of the Universe. By Maria Popova What coffee beans, dinosaurs and lakeside picnics have to do with Isaac Asimov and formalized figments. 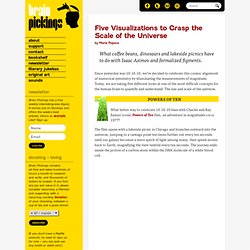 Since yesterday was 10.10.10, we’ve decided to celebrate this cosmic alignment of numerical symmetry by illuminating the measurements of magnitude. Today, we are taking five different looks at one of the most difficult concepts for the human brain to quantify and understand: The size and scale of the universe. What better way to celebrate 10.10.10 than with Charles and Ray Eames’ iconic Powers of Ten film, an adventure in magnitudes circa 1977? The film opens with a lakeside picnic in Chicago and branches outward into the universe, jumping to a vantage point ten times further out every ten seconds until our galaxy becomes a mere speck of light among many, then speed-zooms back to Earth, magnifying the view tenfold every ten seconds. 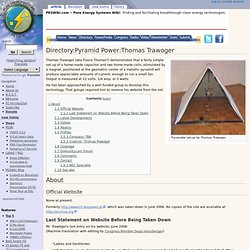 Thomas Trawoger (aka Flavio Thomas?) Demonstrates that a fairly simple set-up of a home-made capacitor and two home-made coils, stimulated by a magnet, positioned at the geometric center of a metallic pyramid will produce appreciable amounts of current, enough to run a small fan. Output is measured at 12 volts, 1/4 amp, or 3 watts. He has been approached by a well-funded group to develop this technology. Thomas Trawoeger: Pyramid Electric Generator... 12 V, 1/4 A from model Cheops Pyramid, copper tubing, amgnet, coil, capacitor. Unbelievable But True ....FREE ENERGY PYRAMID........ The Fractal-Holographic Universe - Fractal-Holographic Universe. Nassim Haramein‘s life long investigation into the geometry of space has led to his recent publication of several scientific papers in which he presents a new solution to Einstein’s field equations and the mechanics of universal forces. 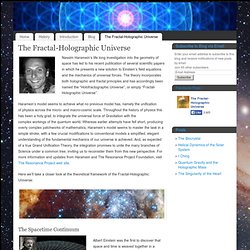 The theory incorporates both holographic and fractal principles and has accordingly been named the “Holofractographic Universe”, or simply “Fractal-Holographic Universe”. Haramein’s model seems to achieve what no previous model has, namely the unification of physics across the micro- and macro-cosmic scale. Throughout the history of physics this has been a holy grail; to integrate the universal force of Gravitation with the complex workings of the quantum world. Here we’ll take a closer look at the theoretical framework of the Fractal-Holographic Universe: The Spacetime Continuum. Search for Cosmic Strings. << Back | Contents | Next >> A cosmic string has very interesting physical effects. 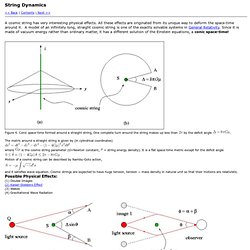 All these effects are originated from its unique way to deform the space-time around it. A model of an infinitely long, straight cosmic string is one of the exactly solvable systems in General Relativity. Large Scale Structure of the Universe. Sistemul internațional de unități. Coperta broşurii Sistemul internaţional de unităţi. 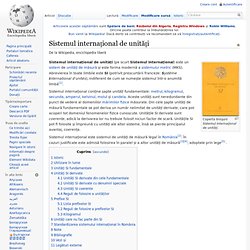 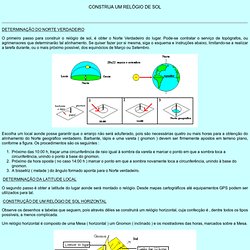 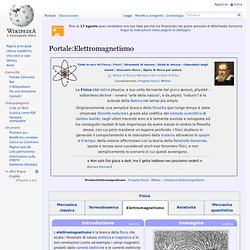 The software RP Resonator for advanced laser resonator design and optimization. A Powerful Tool for Designing and Optimizing Optical Resonators RP Resonator is a powerful software for calculations on optical resonators. In particular, it can be used to produce optimized laser resonator designs. Its user interface combines uttermost flexibility with an easy start, making the software suitable for quick calculations in an industrial environment as well as for advanced research. Many Powerful Features. Q factor, quality factor, cavity, resonator, oscillator, frequency standards. Welcome to The Rowland Institute at Harvard. The boundaries between traditional scientific disciplines are disappearing. Physics and engineering are merging with unlike academic areas such as biology and biochemistry in an effort to answer fundamental questions in life sciences and to advance tomorrow's frontiers in biomedicine.

The interdisciplinary exchange of concepts and technologies has an immediate impact on experimental design and interpretation. More importantly, a holistic approach to scientific endeavor is emerging. Laser optics: Fractal modes in unstable resonators : Abstract : Nature. Cavità ottica - Wikipedia, l'enciclopedia libera. An optical cavity or optical resonator is an arrangement of mirrors that forms a standing wave cavity resonator for light waves. Optical cavities are a major component of lasers, surrounding the gain medium and providing feedback of the laser light. They are also used in optical parametric oscillators and some interferometers. Light confined in the cavity reflect multiple times producing standing waves for certain resonance frequencies. The standing wave patterns produced are called modes; longitudinal modes differ only in frequency while transverse modes differ for different frequencies and have different intensity patterns across the cross section of the beam.

Different resonator types are distinguished by the focal lengths of the two mirrors and the distance between them. Optical resonators, cavities. Entropy. Where T is the absolute temperature of the system, dividing an incremental reversible transfer of heat into that system (dQ). (If heat is transferred out the sign would be reversed giving a decrease in entropy of the system.) The above definition is sometimes called the macroscopic definition of entropy because it can be used without regard to any microscopic description of the contents of a system. The concept of entropy has been found to be generally useful and has several other formulations. Born coordinates. Space-time geometry of Born coordinates. Red lines are world lines (congruence) of points on disc. Interlacing blue and grey stripes show change of T. Orange curves ( / \ ) are time-like curves with fixed R. In relativistic physics, the Born coordinate chart is a coordinate chart for (part of) Minkowski spacetime, the flat spacetime of special relativity.

It is often used to analyze the physical experience of observers who ride on a ring or disk rigidly rotating at relativistic speeds. Langevin observers in the cylindrical chart[edit] From the line element. The Sagnac Effect. Because of the incredible precision of interferometric techniques, devices like this are capable of detecting and measuring extremely small amounts of absolute rotation. One of the first applications of this phenomenon was an experiment performed by Michelson and Gale in 1925 to measure the absolute rotation rate of the Earth by means of a rectangular optical loop 2/5 mile long and 1/5 mile wide. (See below for Michelson’s comments on this experiment.) More recently, the invention of lasers around 1963 has led to practical small-scale devices for measuring rotation by exploiting the Sagnac effect. There are two classes of such devices, namely, ring interometers and ring lasers. Nph-iarticle_query. Sur la preuve de la réalité de l’éther lumineux.

Trans.,’ Series A, for 1893, p. 777, is as follows:— . "The velocity of light between two steel plates moving together in their own plane, an inch apart, is not increased or diminished by so much as. Experiments on the Absence of Mechanical Connexion between Ether and Matter - Wikisource, the free online library. Motorised Gyroscope Apparatus, Motorised Gyroscope Apparatus Manufacturers and Exporters for Engineering Education. Full Specification ( Motorised Gyroscope Apparatus ): This rotor is free to rotate about (i) Its own axis i.e. axis of spin. (ii) Axis of precession. (iii) Axis of gyroscopic couple The rotor is connected to the variable speed motor. The weight of the motor is balanced by another weight, which is on either side of the rotor. Emma Wilson, Hugh Hunt - Cambridge University - Virtual Gyroscopes - Eric Laithwaite. "Cool-brucia" fiamme spaziali potrebbero contribuire a creare veicoli più ecologici. "Cool-burning" space flames could help create greener cars.