Mari. Mari was a city-state located near the west bank of the Euphrates River in Northern Mesopotamia (now eastern Syria) during the Early Bronze Age and the Middle Bronze Age. 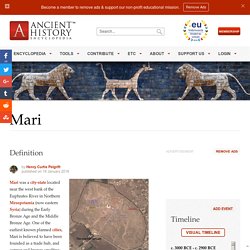 One of the earliest known planned cities, Mari is believed to have been founded as a trade hub, and copper and bronze-smelting centre, between Babylonia in Southern Mesopotamia and the resource-rich Taurus Mountains of modern Turkey. For 1,200 years, Mari served as a major centre of Northern Mesopotamia until it was destroyed by Hammurabi of Babylon between 1760 BCE and 1757 BCE and gradually eroded away from memory and quite literally - today only one-third of the city survives with the rest washed away by the Euphrates. Geography & condition of the site The ruins of Mari are located at modern-day Tell Hariri in eastern Syria. In the Bronze Age, the Euphrates was around 4-6 km from the city but has since moved farther east. Great Discoveries in Biblical Archaeology: The Mari Archive. This article was first published in the Winter 2005 issue of Bible and Spade. 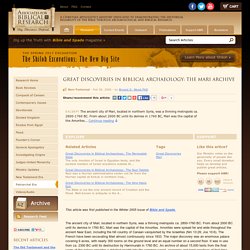 The ancient city of Mari, located in northern Syria, was a thriving metropolis ca. 2800-1760 BC. From about 2000 BC until its demise in 1760 BC, Mari was the capital of the Amorites. Mari. The Laws of Ur-Nammu [CDLI Wiki] Ur-Nammu. Ur-Nammu (reigned 2047-2030 BCE) was the founder of the Third Dynasty of Ur in Sumer who initiated the so-called Ur III Period (2047-1750 BCE) also known as the Sumerian Renaissance. 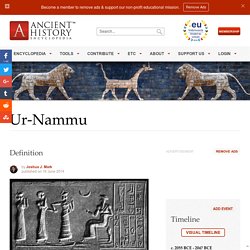 He is best known as the king who composed the first complete law code in the world, The Code of Ur-Nammu. An earlier law code (known as the Code of Urukagina from the 24th century BCE) is only known through partial references to it and so, since the actual text itself has not been found, Ur-Nammu’s code is considered the oldest extant. Ur-Nammu is also credited as the builder of the Great Ziggurat of Ur, which still rises above the ruins of the city in the modern day. Although he is frequently credited with overthrowing the rule of the Gutians (who had conquered Akkad and assumed control of Sumer and the rest of Mesopotamia), he actually followed the lead of the king of Uruk, one Utu-Hegel (his father-in-law), and only took a commanding role once Utu-Hegel was killed. 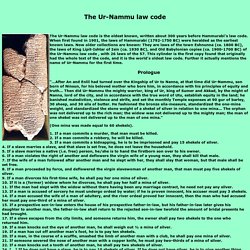 When first found in 1901, the laws of Hammurabi (1792-1750 BC) were heralded as the earliest known laws. Now older collections are known: They are laws of the town Eshnunna (ca. 1800 BC), the laws of King Lipit-Ishtar of Isin (ca. 1930 BC), and Old Babylonian copies (ca. 1900-1700 BC) of the Ur-Nammu law code , with 26 laws of the 57. Sun God - Ancient Babylonian Gods - Images and Illustrations. Ancient Babylonia - The Old Babylonian Period. 2 Kin 24:13-14 "And Nebuchadnezzar of Babylon carried out from there all the treasures of the house of the LORD and the treasures of the king's house, and he cut in pieces all the articles of gold which Solomon king of Israel had made in the temple of the LORD, as the LORD had said. 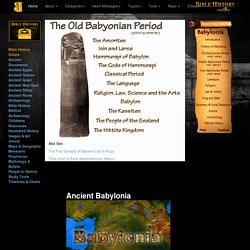 Also he carried into captivity all Jerusalem: all the captains and all the mighty men of valor, ten thousand captives, and all the craftsmen and smiths. None remained except the poorest people of the land. " First Dynasty of Babylon. Sargonid Dynasty. The Sargonid Dynasty was the last ruling house of the Neo-Assyrian Empire from 722-612 BCE. 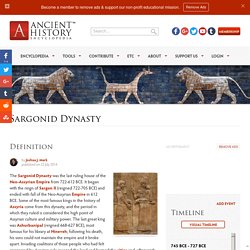 It began with the reign of Sargon II (reigned 722-705 BCE) and ended with fall of the Neo-Assyrian Empire in 612 BCE. Some of the most famous kings in the history of Assyria come from this dynasty, and the period in which they ruled is considered the high point of Assyrian culture and military power. The last great king was Ashurbanipal (reigned 668-627 BCE), most famous for his library at Nineveh; following his death, his sons could not maintain the empire and it broke apart.

Invading coalitions of those people who had felt oppressed by Assyrian rule ravaged the land and burned the cities and, afterwards, the territory was governed by these diverse cultures. Timeline of Events in Ancient Babylonia. [Anatolia Timeline] [Sumer Timeline] Late 3rd Millennium B.C. 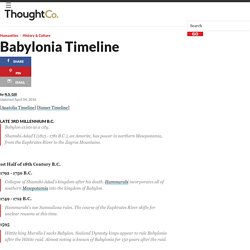 Babylon exists as a city.Shamshi-Adad I (1813 - 1781 B.C.), an Amorite, has power in northern Mesopotamia, from the Euphrates River to the Zagros Mountains. 1st Half of 18th Century B.C. HistoryWorld - Babylon Timeline. World History Timeline The Babylonian Empire. Babylon Timeline. To navigate the timeline, click and drag it with your mouse, or click on the timeline overview on the bottom. 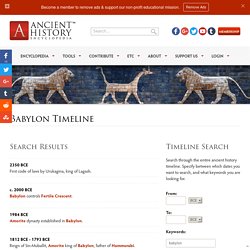 Legend: 2350 BCE: First code of laws by Urukagina, king of Lagash. 2000 BCE: Babylon controls Fertile Crescent. Assyrian king Shamshi-Adad I. When Shamshi-Adad took Assyria in 1808, he was just the ruler of a minor regional power. 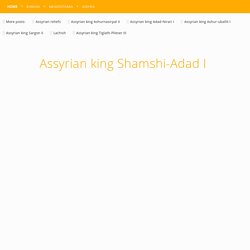 He quickly moved to extend Assyrian hegemony from the Euphrates (from whence he came) to the Zagros foothills, and united Ashur, Nineveh and Erbil under a single kingdom. To his southwest was the mighty kingdom of Mari, which was strategically located on the middle Euphrates and was networked with Babylonia and Syria. After clashes with Mari, It became easy prey when its king Yahdun-Lim was assassinated and, likely in 1792, Shamshi-Adad seized the Mari capital itself. Mari & Europos-Dura sites of Euphrates Valley. Description Mari N34 33 1.11 E40 53 19.51 Europos-Dura N34 44 52.12 E40 43 48.53. 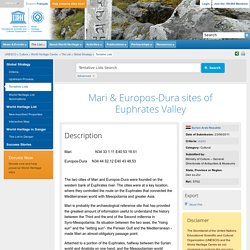 There are probably many questions that will be bothering you (assuming that you are interested in ancient history). Babylonian Empire. The Babylonian Empire was the most powerful state in the ancient world after the fall of the Assyrian empire (612 BCE). Its capital Babylon was beautifully adorned by king Nebuchadnezzar, who erected several famous buildings. Even after the Babylonian Empire had been overthrown by the Persian king Cyrus the Great (539), the city itself remained an important cultural center.