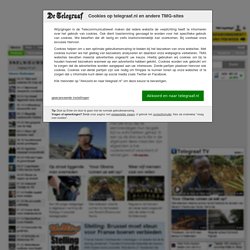 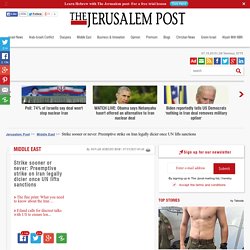 Of course, right now diplomatically, a strike seems unthinkable with the deal representing years of work by the US, EU, China, Russia and Iran and enjoying powerful global support aside from Israel and Sunni Arab nations competing with Iran in the Middle East. But until mid-December when the IAEA renders its “final assessment” of “all past and present outstanding issues,” as referred to in the around 150 page agreement, the UN will likely not have actually removed most sanctions. Video confirms Palestinian teen was fleeing before Israeli killed him. The Fawning Candidate: Hillary Clinton and Apartheid Israel. Democratic crown-princess Hillary Clinton is no stranger to the unholy altar of Israeli worship. 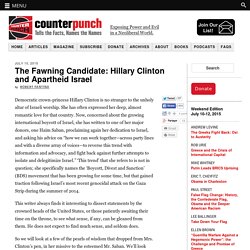 She has often expressed her deep, almost romantic love for that country. Now, concerned about the growing international boycott of Israel, she has written to one of her major donors, one Haim Saban, proclaiming again her dedication to Israel, and asking his advice on “how we can work together—across party lines and with a diverse array of voices—to reverse this trend with information and advocacy, and fight back against further attempts to isolate and delegitimize Israel.” ‘This trend’ that she refers to is not in question; she specifically names the ‘Boycott, Divest and Sanction’ (BDS) movement that has been growing for some time, but that gained traction following Israel’s most recent genocidal attack on the Gaza Strip during the summer of 2014.

Cookies op AD.nl. Netanyahu’s declaration of war on BDS is its first major victory - Diplomacy and Defense - Press TV sur Twitter : "BDS movement threatening Israel’s existence, Bibi says. BDS is a threat to Israel's very existence. For years the battle of the bagel has been raging in South Africa – another front in the massive campaign against Israel. 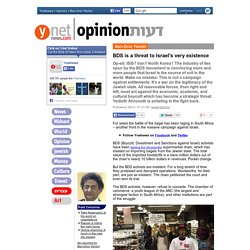 Follow Ynetnews on Facebook and Twitter BDS (Boycott, Divestment and Sanctions against Israel) activists have been fighting the Woolworths supermarket chain, which has insisted on importing bagels from the Jewish state. The total value of the imported foodstuffs is a mere million dollars out of the chain's nearly 10 billion dollars in revenues. Pocket change. But the BDS activists are insistent.

The BDS activists, however, refuse to concede. BDS supporters in Woolworths in South Africa (Photo: AFP) Two weeks ago, on Nakba Day, they led some 10,000 students in a protest against Woolworths. On the other side of the world, in Washington State, another much smaller supermarket chain, Olympia Food Co-op, voted to join the BDS movement and boycott Israeli products. Ian56 sur Twitter : "Israel will imprison soldier, 19, for publicly criticizing the occupation #Israel #Palestine.

Sander Faas sur Twitter : "'Wall of Fame Jerusalem', a work by Moshe Castel Anybody knows better pictures? #art #israel. Translate. BBC Admits to Broadcasting Pro-Israel Propaganda - #NewWorldNextWeek. Sander Faas sur Twitter : "Question; what is the art work in the back in this photo called and where can I find a clear picture? #israel #art. Israeli support for Iran during the Iran–Iraq war. ❤ Palestine sur Twitter : "An #Israeli settler ran over a Palestinian girl today morning in #Jerusalem u will nt hear abt this in th news. 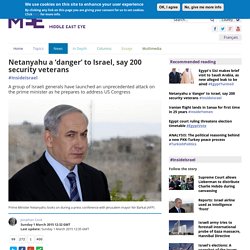 The new group, called Commanders for Israel’s Security, warned that Netanyahu was doing irreparable harm to the country’s relationship with Washington, just two days before he is due to address the US Congress. The Israeli prime minister is expected to use the speech to try to undermine negotiations currently taking place between major world powers and Iran. He has claimed that any agreement reached at the talks’ conclusion, later this month, will leave Iran a “nuclear threshold state” hellbent on destroying Israel. Half a dozen former generals spoke out at a press conference in Tel Aviv on Sunday, urging Netanyahu to cancel the speech before ties with the US deteriorate even further. 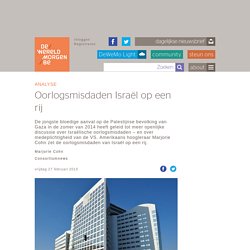 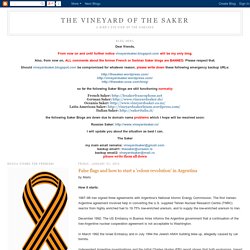 The first Iranian-Argentine agreement involved help in converting the U.S. supplied Tehran Nuclear Research Centre (TNRC) reactor from highly enriched fuel to 19.75% low-enriched uranium, and to supply the low-enriched uranium to Iran. December 1992: The US Embassy in Buenos Aires informs the Argentine government that a continuation of the Iran-Argentine nuclear cooperation agreement is not acceptable to Washington. In March 1992 the Israel Embassy and in July 1994 the Jewish AMIA building blew up, allegedly caused by car bombs.

Independent Argentine investigations and the initial Charles Hunter (FBI) report shows that both explosions, based on the surrounding damage, is inconsistent with the alleged car bomb theory. The judicial process ends nowhere until President Nestor Kirchner appoints judge Nisman in 2005 to start a fresh investigation. Bush's Iran/Argentina Terror Frame-Up. The Bush Administration cites a 1994 bombing in Argentina to tar Iran as a sponsor of global terror. 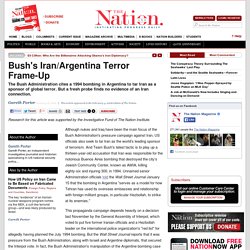 But a fresh probe finds no evidence of an Iran connection. Research for this article was supported by the Investigative Fund of The Nation Institute. About the Author Gareth Porter Gareth Porter, an independent investigative journalist and historian specializing in US national security policy,... Sorry, Iran Is Not Guilty in the 1994 Argentina AMIA Bombing. In July of 1994 terrorists bombed the Argentine Jewish Mutual Association (AMIA) center in Buenos Aires, killing 85 people and wounding over 300 others. 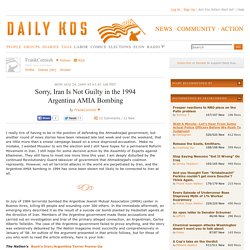 In the immediate aftermath, an emerging story described it as the result of a suicide car bomb planted by Hezbollah agents at the direction of Iran. Members of the Argentine government made these accusations and carried out an investigation and trial of the primary alleged connection, an Argentinian, Carlos Alberto Telleldin. The case of the Argentine government failed to prove anything, and the story was extensively debunked by The Nation magazine most succinctly and comprehensively in January of '08. THE STORY THUS FAR - Assembling Some of the Pieces of the Puzzle. WASHINGTON— WHAT has come to be called the White House Crisis first crept into the public view early last month with a report in an obscure Lebanese magazine that American arms had been sold to the Iranians. 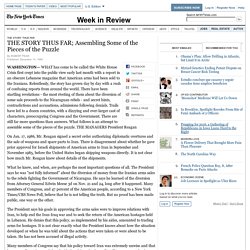 Relentlessly, the story has grown day by day with a rush of confusing reports from around the world. There have been startling revelations - the most riveting of them about the diversion of some sale proceeds to the Nicaraguan rebels - and secret hints, contradictions and accusations, admissions following denials. Trails have led to a dozen countries, with a dizzying and ever-larger cast of characters, preoccupying Congress and the Government.

There are still far more questions than answers. WATCH: Fox News blasts Netanyahu's 'egregious snub' of President Obama - Video - Israel News. Tiener die zogenaamd stenen gooide op de Westoever ''in koelen bloede vermoord'' U.N. nuclear watchdog dismisses Iranian offer of site access. Exclusive: Cornered but unbound by nuclear pact, Israel reconsiders military action against Iran. WASHINGTON – Historic negotiations with Iran will reach an inflection point on Monday, as world powers seek to clinch a comprehensive deal that will, to their satisfaction, end concerns over the nature of its vast, decade-old nuclear program. But reflecting on the deal under discussion with The Jerusalem Post on the eve of the deadline, Israel has issued a stark, public warning to its allies with a clear argument: Current proposals guarantee the perpetuation of a crisis, backing Israel into a corner from which military force against Iran provides the only logical exit.

The deal on the table World powers have presented Iran with an accord that would restrict its nuclear program for roughly ten years and cap its ability to produce fissile material for a weapon during that time to a minimum nine-month additional period, from the current three months. Should Tehran agree, the deal may rely on Russia to convert Iran's current uranium stockpile into fuel rods for peaceful use. Netanyahu wil Israël officieel tot joodse staat uitroepen. Rabbi David Yosef writes to Netanyahu on closing the area of the Temple Mount to Jewish visitors. The following is the text of the letter by Rabbi David Yosef, Head of Beit Hamidrash "Yahavei Da'at" and member of the Council of Torah Sages (Moetzet Chachmei HaTorah), to Benjamin Netanyahu.

The letter was written on November 9th, 2014. Video: Settlers cheer as Israeli soldiers attack disabled Palestinian child. This disturbing footage shot by Palestinian videographer Samih Da’na and published by the Israeli nongovernmental organization B’Tselem documents the violent abuse of a developmentally disabled Palestinian child. As Israeli occupation soldiers abuse the child, settlers and their children cheer and shout abuse at Palestinians. Da’na shot the footage on 19 October from his home in the occupied West Bank city of Hebron, whose Palestinian residents are relentlessly targeted by occupation army and settler violence.

According to B’Tselem’s description of the video, “soldiers are seen holding the boy, handcuffing him, blindfolding him and closing him in the jeep, despite cries by Palestinian residents that the boy is mentally disabled. Open brief Dries van Agt aan Frans Timmermans. Brief van oud-premier Dries van Agt aan minister Frans Timmermans De heer F.C.G.M. Timmermans Minister van Buitenlandse Zaken Bezuidenhoutseweg 67 2594 AC Den Haag. Elie Wiesel and Amos Yadlin congratulate East Jerusalem settlers. Maj. Gen. (ret.) Amos Yadlin of the centrist think tank is among the signatories of an ad praising the Jewish settlers who entered 25 apartments in the Palestinian neighborhood of Silwan last week. NATO’s Dream Coming True – Turkey Pushes For Syria No-Fly Zone; US Approves. On October 2, 2014, Turkey’s parliament passed a resolution to allow the Turkish military to enter the sovereign territory of Iraq and Syria under the pretext of battling Western-backed IS militants.

The resolution will also allow foreign troops to use Turkish territory for the same purpose suggesting that the Incirlik air base may soon be used by the United States for its airstrikes against Syria. The vote was 298 in favor of the motion and 98 opposed. Despite its claims that the vote was centered around defeating ISIS on its borders, Turkish Prime Minister Recep Erdogan, perhaps inadvertently, admitted that the real target of NATO aggression is the Syrian government. The Nakba Continues sur Twitter : "Look closely. This is #Israel. f13b167c-501e-4217-84a2-339ea42a5ab8.kmz?part=0. Massive 5,000-Year-Old Stone Monument Revealed in Israel. A lunar-crescent-shaped stone monument that dates back around 5,000 years has been identified in Israel. Located about 8 miles (13 kilometers) northwest of the Sea of Galilee, the structure is massive — its volume is about 14,000 cubic meters (almost 500,000 cubic feet) and it has a length of about 150 meters (492 feet), making it longer than an American football field.

Pottery excavated at the structure indicates the monument dates to between 3050 B.C. and 2650 B.C., meaning it is likely older than the pyramids of Egypt. It was also built before much of Stonehenge was constructed. Archaeologists previously thought the structure was part of a city wall, but recent work carried out by Ido Wachtel, a doctoral student at the Hebrew University of Jerusalem, indicates there is no city beside it and that the structure is a standing monument.

Truth and dare in US aid to Israel.