We curate luxury experiences for your passage to India that take you through ancient river routes, forests in the heart of the subcontinent, and indigenous birds and animals in their natural habitat.

Warblers. The Bird Hide at The Bagh, Kanha National Park A passerine is any bird of the order Passeriformes, which includes more than half of all bird species. 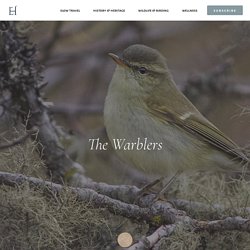 Sometimes known as perching birds or songbirds, passerines are distinguished from other orders of birds by the arrangement of their toes (three pointing forward and one back), which facilitates perching. Various Passeriformes (perching birds) are commonly referred to as warblers. They are not necessarily closely related to one another but share some characteristics, such as being fairly small, vocal, and insectivorous. RV Bengal Ganga- A Voyage Of Countless Experiences. RV Bengal Ganga, a luxury river cruise in India As I was sitting on the top deck, the cool wind gently brushed against my face, reminding me what a great decision I had made by booking a cruise trip with RV Bengal Ganga. 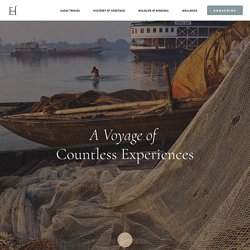 I am a frequent traveler and was looking forward to this Cruise in India, however, this particular cruise exceeded all my expectations. Since this was a new endeavour, at first, I was a little skeptical about the experiences that I would set out on. Everything changed as soon as I entered the RV Bengal Ganga and I was never more certain about my decision. As soon as I boarded, I received a very warm welcome. 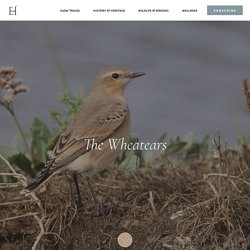 These are mainly small arboreal insectivores, many of which, as the name implies, take their prey on the wing. Birding is the perfect indulgence while social distancing. Birding is antithetical to crowding and by default is a way of social distancing, the go-to strategy recommended by the epidemiologists to curb the virus proliferation within the populace. 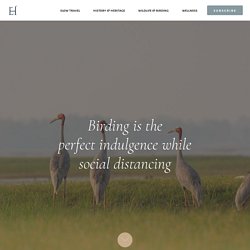 So, if you can access birding sites without coming in close contact with crowds, go for it. Yes, this means no large groups. No families and friends heading out for a road trip, definite no to using public transport if you can help it. Sorry seniors, if you have the six-decade mark and above, you are better off staying indoors and close to good healthcare facilities. Great White Pelican. Pelecanus onocrotalus Also known as the eastern white pelican, rosy pelican or white pelican Family: Pelicans Habitat: swamps and shallow lakes An unmistakable bird of wetlands, swamps and shallow lakes, sometimes found along alkaline and brackish water bodies. 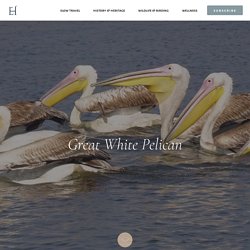 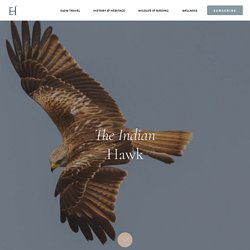 They belong to the family Accipitridae and are widely distributed geographically and vary in size. The Indian Hawk is a small size predator found in forests and dry areas. The hawks occupy every type of habitat in India from grasslands and fields to forests and wetlands. But they prefer open areas as it is most suited for their hunting style. On the Lefebvre IQ scale based on innovations in feeding habits of birds as designed by the famed Canadian ornithologist Louis Lefebvre, hawks are among the most intelligent birds.

Like most birds, hawks are also tetrachromats having four types of colour receptors or cone cells in the eyes giving them the ability to perceive even the ultraviolet spectrum along with the ability to detect polarized light and magnetic fields and an ability to magnify the central field of vision thanks to its highly visual-centric brain. Bharatpur beyond Birding. Bharatpur is home to the wonderful Unesco-listed Keoladeo National Park, a wetland and one of the best bird sanctuaries in the country. 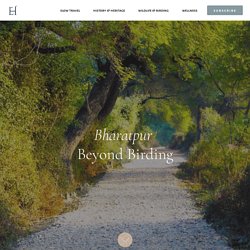 Although Bharatpur is known for it park, it also has a few historic remnants and a good museum that are worth visiting. Bharatpur hosts the boisterous and colourful Brij Festival just prior to Holi celebrations. It has a very easy approach as it lies between the golden triangle (Delhi, Agra and Jaipur). RV Bengal Ganga- A Voyage Of Countless Experiences. Zamindars of Kolkata-I. The architecture of Zamindar Palaces has always been misunderstood as misrepresented by historians and only recently an attempt to depict the true motive and identity of Zamindari Architecture as a novelty in its own right has been made. 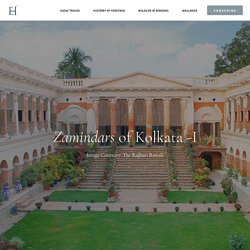 Rajbaris are often confused with bonedi bari or zamindar bari. Exotic Heritage Group. Spiritually conscious Ancient wisdom and practice are a testament to the fact that self-actualization requires the broadening of spiritual horizon embracing the multitude. 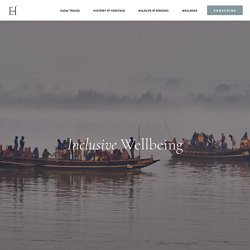 As privileged members of humanity, we are obligated to empower those that are not. To that end, we have adopted several measures and programs to support the local communities we exist in or touch in our journeys. Procuring organic vegetables, fruits, coffee, tea and other food staples that supports the local economy while benefiting Indian farmers with the fortunate outcome of featuring authentic national and regional flavours in the freshly prepared food and beverage prepared using traditional cooking methods.