Mileage or History of the Car – What Matters the Most. Mercedes-AMG Is Likely to Launch That F1-Powered Street-Legal Hypercar in 2021. No one ever thought Mercedes-AMG would be serious about introducing 1,000-horsepower Project One hypercar on the road when it was first released in 2017. 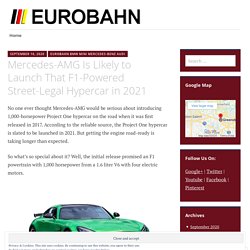 According to the reliable source, the Project One hypercar is slated to be launched in 2021. But getting the engine road-ready is taking longer than expected. So what’s so special about it? Well, the initial release promised an F1 powertrain with 1,000 horsepower from a 1.6 liter V6 with four electric motors. AMG is Fine-Tuning the Engine: This is the second time the car has been delayed. Monumental Engine Work Consuming Time: Now, working on the engine to get it ready for the road is not a piece of cake. Given this, no wonder the One’s engine will only be rated to 50,000 kilometers (approximately 31,690 miles), after which a rebuild will be necessary.

A Sneak Peek into Power and Performance: Why Should You be Investing in a Pre-Used Land Rover. If you are planning to buy a pre-used Land Rover, or as a matter of fact, any other car, then you can consider a checklist for the same. 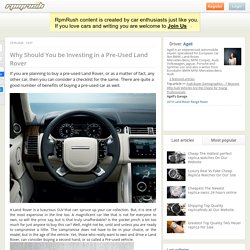 There are quite a good number of benefits of buying a pre-used car as well. A Land Rover is a luxurious SUV that can spruce up your car collection. But, it is one of the most expensive in the line too. A magnificent car like that is not for everyone to own, so will the price say, but is that truly unaffordable? Is the pocket pinch a bit too much for just anyone to buy this car? A Pre-Used Vehicle? Well, money is money; and though you are still getting a pre-used one, it is going to cost you still a considerable amount of money. Considering Mercedes-Benz DIY Repair- 7 Tools You Must Have. Volkswagen Atlas Cross Sport Concept: Is It Worth a Second Look. No Contact service By Eurobahn BMW MINI Mercedes-Benz Audi. Embed Code For hosted site: Click the code to copy <div class='visually_embed'><img class='visually_embed_infographic' src=' alt='No Contact service By Eurobahn BMW MINI Mercedes-Benz Audi' /><div class='visually_embed_cycle'></div><script type='text/javascript' src=' class='visually_embed_script' id='visually_embed_script_1746880'></script><p> From <a href=' For wordpress.com: 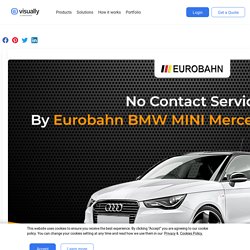 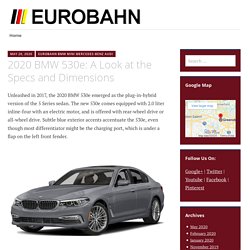 The new 530e comes equipped with 2.0 liter inline-four with an electric motor, and is offered with rear-wheel drive or all-wheel drive. Subtle blue exterior accents accentuate the 530e, even though most differentiator might be the charging port, which is under a flap on the left front fender. Apart from standard comfort, the 530e combines safety features including automatic emergency braking, a driving assistance plus package on adaptive cruise control, active lane control, and cross-traffic alerts. To keep your safety intact on the move, be sure to bring your car in for BMW repair. The e-Drive button enables drivers to choose modes such as Auto e-Drive, Max e-Drive, and Battery Control.

Keyless Entry For 2019 Audi A6 Explained. Used 2016 Audi Q5 Premium Plus in Greensboro NC. The 2019 Volkswagen Golf’s Continues to Perform Despite Its Smaller Engine – Eurobahn BMW MINI Mercedes-Benz Audi. The 2019 BMW X3 Sports Activity Vehicle - Get the Best of Both Worlds. The BUDD-e Concept Keeps Volkswagen A Couple of Steps Ahead in the Industry. Conceptualization has always been the key for brands in the automobile industry. 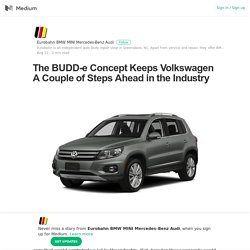 More or less, each and every brand has come up with some concept cars that could contribute a lot to the industry. But, how far these concepts could meet the needs of car enthusiasts in their daily life actually makes the difference. Similarly, Volkswagen had a number of concept models that seemed really fantastic, and all these models were made keeping the futuristic concept in mind. Anyone who keeps himself updated with the latest technological advancement must have come across a very common saying, ‘The Internet of Things’. It means nothing but a network which all the vehicles, buildings, and appliances can connect to and communicate with each other. Going by the details that Volkswagen Greensboro provided, this vehicle would make it possible to be one’s movable office as well.

Technology has always carried up the pace of progress, and with every single move, it has only got smarter. The 2016 Porsche Macan Giving Tough Competition To Its Corporate Cousins. There's a difference between imitation and representation, and the line is pretty thick. 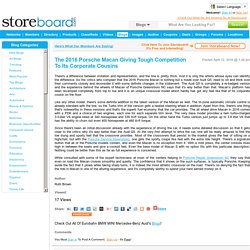 And it is only the artists whose eyes can identify the difference. So the critics who complain that the 2016 Porsche Macan is nothing but a made over Audi Q5, need to sit and think over their comments closely and reconsider it with some definite changes in the statement. The Audi Q5 is completely a re-badged version and the experience behind the wheels of Macan of Porsche Greensboro NC says that it's way better than that.

Macan’s platform has been revamped completely from top to toe and it is an unique crossover model which hardly has got any feel like that of its corporate cousin on the floor. Like any other model, there's some definite addition to the latest version of the Macan as well. Eurobahn Auto Body Shop & Collision Repair Greensboro Serving Winston-Salem, High Point, Burlington.