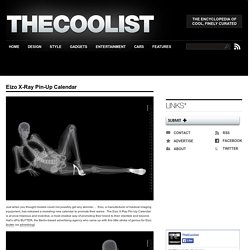 The Eizo X-Ray Pin-Up Calendar is at once hilarious and inventive, a most creative way of promoting their brand to their clientele and beyond. Hat’s off to BUTTER, the Berlin-based advertising agency who came up with this little stroke of genius for Eizo. [butter via advertolog] Tv - InTheFray Magazine. Moogaloop. Influxinsights. October 1, 2013 When the World is Running Down- Massive Attack v Adam Curtis When two of Britain’s most interesting exponents of documentary film and music; Massive Attack and Adam Curtis combined for a show in NYC’s Park Avenue Armory, there was an expectant air in the crowd. 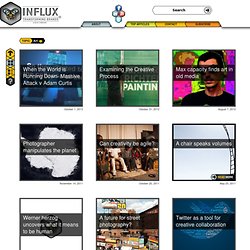 The seemingly endlessly expansive hall of the Armory had somehow been rendered smaller, with... October 31, 2012 Examining the Creative Process The documentary Gerhard Richter Painting, while painfully slow when compared to the frenetic cinematic efforts of Michael Bay, is worth watching for those looking for some rich insight into the creative process of perhaps the world’s greatest living painter. Decadent Lifestyle. 50 Viral Images The Web Shared In 2010. As a perpetual observer/analyzer of what people share and why, it’s fascinating to me to study content that spreads. 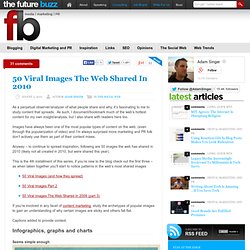 As such, I document/bookmark much of the web’s hottest content for my own insight/analysis, but I also share with readers here too. Images have always been one of the most popular types of content on the web, (even through the popularization of video) and I’m always surprised more marketing and PR folk don’t actively use them as part of their content mixes. Anyway – to continue to spread inspiration, following are 50 images the web has shared in 2010 (likely not all created in 2010, but were shared this year).

This is the 4th installment of this series, if you’re new to the blog check out the first three – as when taken together you’ll start to notice patterns in the web’s most shared images If you’re involved in any facet of content marketing, study the archetypes of popular images to gain an understanding of why certain images are sticky and others fall flat. Agreed… Kitsune Noir. TED: Ideas worth spreading. About the blog. Fabio Sasso Designer from Porto Alegre, Brazil. 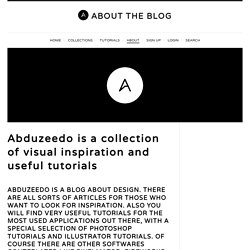 Currently working for Google in Mountain View, California. You can follow me via Twitter at @fabiosasso or also visit my personal site at fabiosasso.com Fabiano Meneghetti Fabiano is an architect and designer from Porto Alegre, Brazil. He's been working with design since he got his degree in architecture, a bit odd isnt it? He's a master in Fireworks, CSS among other skills. Besides that he's co-founder of ZEE. You If you like reading Abduzeedo and you are as much as a design junkie as we are, then you're the one we're looking for. 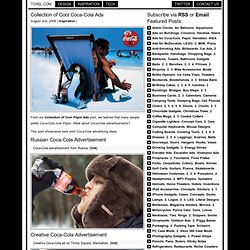 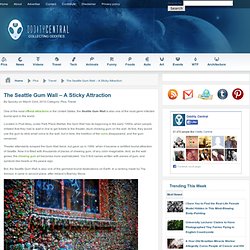 Located in Post Alley, under Park Place Market, the Gum Wall has its beginning in the early 1990s, when people, irritated that they had to wait in line to get tickets to the theater, stuck chewing gum on the wall. At first, they would use the gum to stick small coins to the wall, but in time, the tradition of the coins disappeared, and the gum remained. Theater attendants scraped the Gum Wall twice, but gave up in 1999, when it became a certified tourist attraction of Seattle. 32 Brilliant Painted Hands in Advertising. I’m definitely noticing a trend with hands being used as a canvas for art and for advertising. 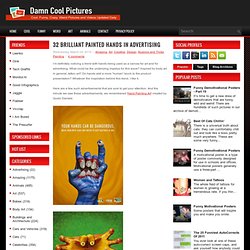 What could be the underlying impetus for this wave? Inspired by body art in general, tattoo art? Do hands add a more “human” touch to the product presentation? Whatever the inspiration behind this trend, I like it. Complete List of English Power Words - The Emurse.com Blog. Welcome.