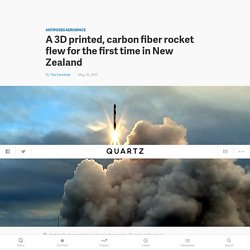 But the area is now a shadow of its former self. “During the best times there were more than a hundred shops here,” Cheng said. “Now there’s a lot fewer, maybe only forty,” said Sunny Cheng, who has worked at the boutique-studio Cinderella x Hera for 22 years. Since peaking in 2000, when 182,000 couples got hitched, the number of marriages in Taiwan has dropped by 20%, according to government data, owing to the ultra-low birth rate combined with young Taiwanese choosing to marry later in life. 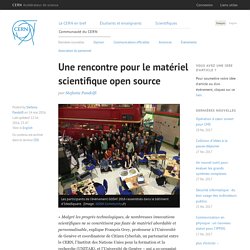 The miniaturized spectrometer is composed of 4 fundamental pieces, and a clip to attach it to the smartphone. 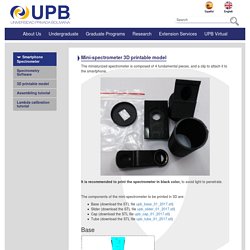 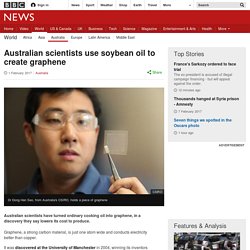 Graphene, a strong carbon material, is just one atom wide and conducts electricity better than copper. It was discovered at the University of Manchester in 2004, winning its inventors a Nobel Prize in 2010. Now researchers say they can make graphene with soybean oil, potentially making it more commercially viable. Graphene is hoped to have numerous applications including in electronics, biomedical devices and water filtration. "One of the limiting factors in utilising graphene is the high price compared to other materials," said Dr Zhao Jun Han from Australia's Commonwealth Scientific and Industrial Research Organisation (CSIRO).

"If we reduce the price, we can promote its application. " It is then rapidly cooled on nickel foil into a thin rectangle. The new method could make it "significantly" cheaper, he said. Michigan Technological University - Academia.edu. The rise of collaborative consumption, peer-to-peer systems, and not-for-profit social enterprise heralds the emergence of a new era of human collectivity. 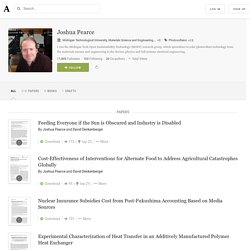 Increasingly, this consolidation stems from an understanding ... more abstractThe rise of collaborative consumption, peer-to-peer systems, and not-for-profit social enterprise heralds the emergence of a new era of human collectivity. Increasingly, this consolidation stems from an understanding that big-banner issues—such as climate change—are not the root causes of our present global predicament. There is a growing and collective view that issues such as this are actually symptoms of a much more vicious, seemingly insurmountable condition: our addiction to economic, consumption, and population growth in a world of finite resources. Explicit cookie consent. TAKE a cardboard disc and punch two holes in it, close to, and on either side of, its centre. 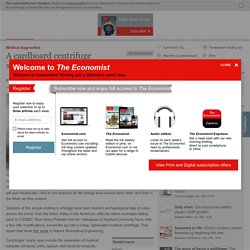 Thread a piece of string through each hole. Now, pull on each end of the strings and the disc will spin frenetically—first in one direction as the strings wind around each other, and then in the other, as they unwind. Versions of this simple children’s whirligig have been found in archaeological digs on sites across the world, from the Indus Valley to the Americas, with the oldest examples dating back to 3,300BC. Now Manu Prakash and his colleagues at Stanford University have, with a few nifty modifications, turned the toy into a cheap, lightweight medical centrifuge. They report their work this week in Nature Biomedical Engineering.

Centrifuges’ many uses include the separation of medical samples (of blood, urine, sputum and stool) for analysis. Dr Prakash’s device, which he calls a “paperfuge”, costs 20 cents and weighs just 2 grams. Gmail - Free Storage and Email from Google. LaserOscope II. Follow me on Twitter: @SteveSchuler20 and right here on Hackaday: KRA5H My original LaserOscope was featured on Hackaday. 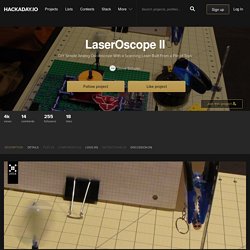 Ethan Zonca, author of the article wrote the following about my LaserOscope: "If you’ve ever used an old-school analog oscilloscope (an experience everyone should have!) You probably noticed that the trace is simply drawn by a beam that scans across the CRT at a constant rate, creating a straight line when there’s no signal. The input signal simply affects the y-component of the beam, deflecting it into the shape of your waveform. CD/DVD based immunoassay - Wikipedia. Illustration of the basic componenets of a CD/DVD based immunoassay, which includes the disk (grey), a probe (green), gold nanoparticle (red), analyte (yellow), and silver particle (blue) A compact disk/digital versatile disk (CD/DVD) based immunoassay is a biochemical analytical test which determines the concentration of a compound by performing the test on a standard CD/DVD surface. 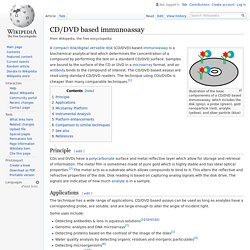 Samples are bound to the surface of the CD or DVD in a microarray format, and an antibody binds to the compound of interest. The CD/DVD based assays are read using standard CD/DVD readers. The technique using CDs/DVDs is cheaper than many comparable techniques.[1] The SkyLight - design for global health & science education by Tess & Andy. Kickstarter Collections Projects We Love. 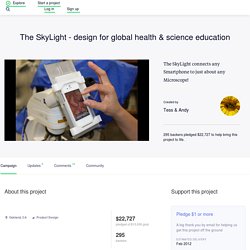 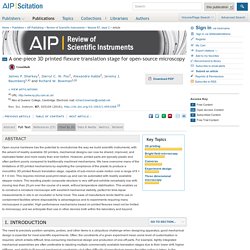 #LOWCOST - #RECYCLE - ARTICLE - spectromètre visible à bas coût. PLOS Biology: Open Labware: 3-D Printing Your Own Lab Equipment. Abstract The introduction of affordable, consumer-oriented 3-D printers is a milestone in the current “maker movement,” which has been heralded as the next industrial revolution. Combined with free and open sharing of detailed design blueprints and accessible development tools, rapid prototypes of complex products can now be assembled in one’s own garage—a game-changer reminiscent of the early days of personal computing. At the same time, 3-D printing has also allowed the scientific and engineering community to build the “little things” that help a lab get up and running much faster and easier than ever before. Foldscope Instruments. An Affordable Open-Source Turbidimeter. 1 Department of Geography and Environmental Engineering, Johns Hopkins University, 3400 N. Charles St, Ames 313, Baltimore, MD 21218, USA 2 Sibley School of Mechanical and Aerospace Engineering, Cornell University, 108 Upson Hall, Ithaca, NY 14853, USA 3 School of Civil and Environmental Engineering, Cornell University, 220 Hollister Hall, Ithaca, NY 14853, USA * Author to whom correspondence should be addressed.

Received: 22 February 2014 / Revised: 4 April 2014 / Accepted: 8 April 2014 / Published: 22 April 2014 Turbidity is an internationally recognized criterion for assessing drinking water quality, because the colloidal particles in turbid water may harbor pathogens, chemically reduce oxidizing disinfectants, and hinder attempts to disinfect water with ultraviolet radiation. A turbidimeter is an electronic/optical instrument that assesses turbidity by measuring the scattering of light passing through a water sample containing such colloidal particles.

+Pending Methods Bill of Materials[edit] #LOWCOST - #I3D - RASPBERRYPI - ramanPi - Raman Spectrometer. Welcome to the hackaday.io project page for the ramanPi! The ramanPi is a raman spectrometer that I decided to build back in April of 2014 because I needed one for another project and could not afford the tens of thousands of dollars a commercial product costs...and there are no DIY or open source systems in existence until now. I knew nothing about spectroscopy, let alone raman spectroscopy back then and everything here documents my learning process towards my goal.....A fully functional, and fairly high resolution raman spectrometer. When I started this project, I had wildly different ideas about how I was going to achieve my goal. The project logs begin very early in my design process and document how I changed my approach and what led to the form it is taking now.

This gallery and associated sub-pages are an extension of the book the Open Source Lab, which is about how to make scientific equipment following open source principles. Click on the hyperlinks under the images to go to pages with hundreds of examples. For a full list of equipment see: category:Open source scientific hardware To add your own projects to this gallery click edit then use the following format: #LOWCOST - #INNOVATION @ESPCI Paris : Un Prix pour Imad Lekouch. Développement, préservation de l’environnement… Les doctorants de l’Ecole sont très attentifs à ces champs de recherche.

#Hackers - Article - Why Neuroscience Needs Hackers. There was a time when neuroscientists could only dream of having such a problem. #LOWCOST - #i3D - Flypi - cheap microscope/experimental setup. Scientists need to have the proper tools to perform experiments and test their ideas. These tools are expensive, because they normally use cutting edge technology and are produced in "small" quantities by only a handful of companies. This ends up restricting who and where research is being done, which aggravates the situation in a lot of places where simple research could bring a lot of improvement to society. Gathering for Open Science Hardware. The Global Open Science Hardware (GOSH) movement seeks to reduce barriers between diverse creators and users of scientific tools to support the pursuit and growth of knowledge. Bento Lab - experience genetics anywhere. $10 Smartphone to digital microscope conversion!