The Teen Brain “Shuts Down” When It Hears Mom’s Criticism. We all know that teen-parent relations can be a tricky business. 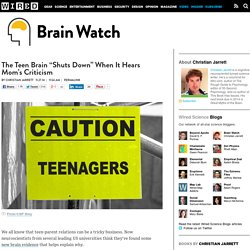 Now neuroscientists from several leading US universities think they’ve found some new brain evidence that helps explain why. The group from the Universities of Pittsburgh, California-Berkeley and Harvard, and led by Kyung Hwa Lee, invited 32 healthy pre-teens and teens – average age 14 and including 22 girls – into their brain imaging lab. The adolescents lay in the scanner as they listened to two 30-second clips of their own mother criticizing them. 6 Ways to Get Anyone to Do Anything. MJTH/Shutterstock. 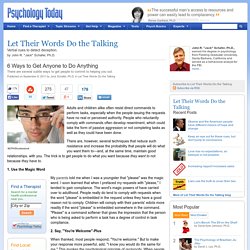 Filling the Hole in Your Heart: Recovering from Childhood. Why Each Year Seems to Disappear More Quickly Than the Last. For most people, each passing month of their lives seems to feel shorter than the previous. 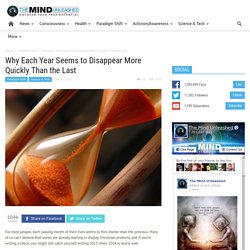 Many of us can’t believe that stores are already starting to display Christmas products, and if you’re writing a check, you might still catch yourself writing 2013 when 2014 is nearly over. All clocks follow the same 12 hour / 60 minute symmetry, yet studies suggest that as we get older, we don’t experience time the same way. And there are many theories that explain why it feels like time speeds up as we grow older. Many psychologists believe that as we age, our perception of time begins to accelerate versus time actually speeding up. Studies indicate that biological changes in the human body that happen as it ages, such as reduced dopamine production in the brain, impact our internal clock. The emotional intensity of our daily life is affected by the fact that many of us experience “Habituation Hypothesis”. Should you trust your first impression? - Peter Mende-Siedlecki.

Social psychology is a branch of psychology focused on the scientific study of how people think about and relate to one another. 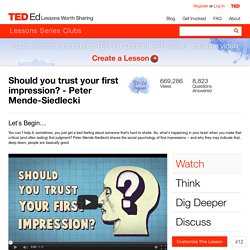 One of the core research areas within social psychology concerns the question of how we learn about and evaluate other people based on their behavior. Expanding on the theories of early pioneers like Solomon Asch, Fritz Heider, and Harold Kelley, social psychologists have identified consistent patterns that govern how form stable impressions of the people around us. For instance, research suggests that when learning about a person’s moral character, bad behavior weighs more heavily on our impressions than good behavior.

The Science of Depression. Imagination: Our greatest skill. What is a Good Life? The Secret Powers of Middle Children. Syda Productions/Shutterstock Katrin Schumann, co-author of The Secret Power of Middle Children answers some questions on her latest book: They are considered to be neglected, resentful, have no drive, have a negative outlook, feel like they don’t belong—in other words, they suffer from “Middle Child Syndrome.” 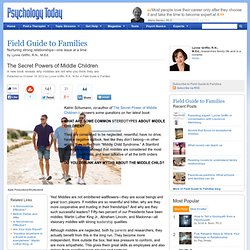 A Stanford University study showed that middles are considered the most envious, least bold, and least talkative of all the birth orders. Yes! Do You Feel Sexy? Your Answer Makes a Big Difference. Lightwavemedia/Shutterstock In today’s beauty-dominated media, particularly for women, you might expect that women who feel bad about their bodies also feel less sexually satisfied. 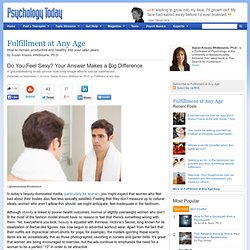 Feeling that they don’t measure up to cultural ideals, women who aren’t willow-thin should, we might anticipate, feel inadequate in the bedroom. Although obesity is linked to poorer health outcomes, normal or slightly overweight women who don’t fit the mold of the fashion model should have no reason to feel that there’s something wrong with them. Just One Thing: Be at Peace with the Pain of Others. Humans are an empathic, compassionate, and loving species, so it is natural to feel sad, worried, or fiery about the troubles and pain of other people. 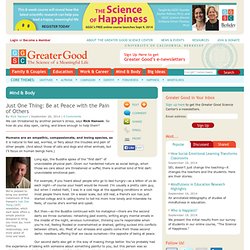 (And about those of cats and dogs and other animals, but I’ll focus on human beings here.) We're pleased to bring you another installment of Rick Hanson's Just One Thing (JOT) newsletter, which each week offers a simple practice designed to bring you more joy, more fulfilling relationships, and more peace of mind and heart. 12 Ways To Calm The Overactive Mind. Have you ever laid in bed trying to sleep while a constant stream of thoughts flow through your mind? 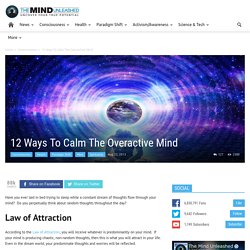 Do you perpetually think about random thoughts throughout the day? Law of Attraction According to the Law of Attraction, you will receive whatever is predominantly on your mind. If your mind is producing chaotic, non-random thoughts, then this is what you will attract in your life. Even in the dream world, your predominate thoughts and worries will be reflected. Hijacking the introverted mind. Comment l’énergie négative affecte votre vie et comment s’en débarrasser ? 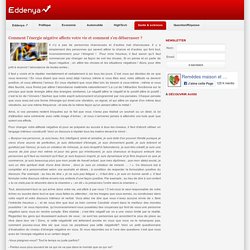 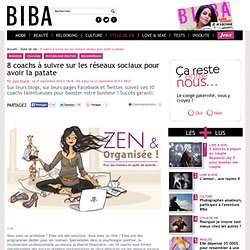 The Neurochemistry of Empathy, Storytelling, and the Dramatic Arc, Animated. 8 Ways to Stop Over-Thinking and Find Peace in the Present Moment. We all do our best to stay positive, but occasionally we can slip into negative thinking patterns that can wreak havoc on our lives. We might worry about our past mistakes or current stresses, and how these could lead to negative outcomes in the future. When You Fall in Love, This Is What Facebook Sees. “During the 100 days before the relationship starts, we observe a slow but steady increase in the number of timeline posts shared between the future couple.”

Facebook Facebook might understand your romantic prospects better than you do. In a blog post published yesterday, the company’s team of data scientists announced that statistical evidence hints at budding relationships before the relationships start. As couples become couples, Facebook data scientist Carlos Diuk writes, the two people enter a period of courtship, during which timeline posts increase.

Minceur. Enfants. Stress/Depression. Relations intyerpersonnelles. Life path. Happiness. Joan and Melissa Rivers: A Certain Kind of Truth. Wikipedia. New Yorker Cartoonist Roz Chast’s Remarkable Illustrated Meditation on Aging, Illness, and Death. By Maria Popova Making sense of the human journey with wit, wisdom, and disarming vulnerability. The Science of “Intuition” Nature or Nurture? Self-Control or Childhood Experience? To eat the marshmallow or not? That was the dilemma famously posed by Walter Mischel and his colleagues to a large group of four-year-olds over forty years ago at Stanford University.

Each child was seated at a desk; there was a single marshmallow on a plate and, beside it, a bell. The researcher then told the child she had to leave and the child was free to eat the marshmallow and ring the bell.