Hands down, people without kids have better lives—except for this one major thing. Most people visit brothels seeking pleasure. 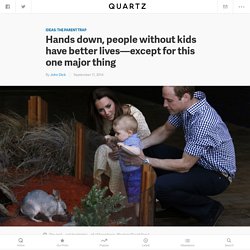 I went seeking the guidance of a self-described “feminist pimp” who promised to teach me something more valuable. I have a PhD in economics. I am an expert in assigning value to esoteric financial assets, exotic forms of labor, and pension finance. But like many women, I often don’t demand to be paid what I am worth. My career history contains far too many jobs where men, less qualified and experienced than I, were paid more than I was. When I was invited to visit the Moonlite Bunny Ranch, to observe how it teaches women to own their value and get paid accordingly—many of the women who work there make well into six-figures a year—I figured I had something to learn from them. My negotiation guru was Dennis Hof, the owner of a Nevada brothel that was featured in an HBO documentary and reality series during the mid-2000s.

10 Things I Want to Tell My Kids Before They're Too Cool to Listen  Parents Just Don't Understand. Misperceptions are a natural part of parenting. 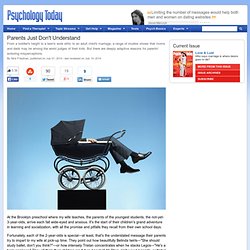 Mothers and fathers see their children as they want to see them—often, as they've seen them since birth. They also persist in envisioning long-imagined futures for their kids. If your mom or dad ever expressed the assumption that you'd follow in their career footsteps, you know the drill. Or maybe your parents' "my baby" tag still clings to you like burrs to a sock although you long ago hacked your way through the adult underbrush. 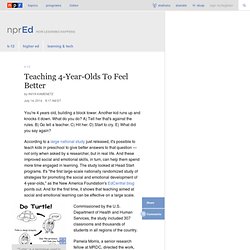 Another kid runs up and knocks it down. What do you do? A) Tell her that's against the rules. B) Go tell a teacher. C) Hit her. According to a large national study just released, it's possible to teach kids in preschool to give better answers to that question — not only when asked by a researcher, but in real life. Hide caption"Turtle" is a technique used in the Preschool PATHs curriculum to help students learn to calm down.

"Turtle" is a technique used in the Preschool PATHs curriculum to help students learn to calm down. Commissioned by the U.S. Pamela Morris, a senior research fellow at MRDC, directed the work, which was released July 7 on the first day of Head Start's annual research conference. "HHS is interested in an evidence base about what would make a difference for Head Start kids," says Morris, who is also a professor of applied psychology and director of the Institute for Human Development and Social Change at New York University. Comment se faire obéir ? Fini le temps des cris, des menaces et des fessées. 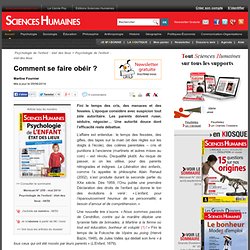 This month, we feature videos of a Greater Good presentation by Daniel Siegel about his new book, Brainstorm: The Power and Purpose of the Teenage Brain. 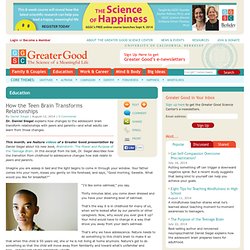 In this excerpt from his talk, Dr. Siegel describes how the transition from childhood to adolescence changes how kids relate to peers and parents. Imagine you are asleep in bed and the light begins to come in through your window. Your father comes into your room, kisses you gently on the forehead, and says, “Good morning, Sweetie. What would you like for breakfast?” “I’d like some oatmeal,” you say. Thirty minutes later, you come down dressed and you have your steaming bowl of oatmeal. How Childcare Boosts Social Capital. Every weekday morning, Christie Henry went through the same simple routine. 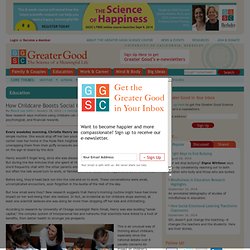 She would drop off her two young kids at the childcare center near her home in the Hyde Park neighborhood of Chicago, unwrapping them from their puffy snowsuits and scribbling their names on the sign-in board by the door. Henry wouldn’t linger long, since she was always on her way to work. But during the few minutes that she spent at the center each morning, she’d frequently chat with the other parents who bustled in around her—about their children, usually, but often the talk would turn to work, or families, or other issues that happened to be on their mind.

Before long, they’d head back out into the cold and on to work. These conversations were small, uncomplicated encounters, soon forgotten in the bustle of the rest of the day.