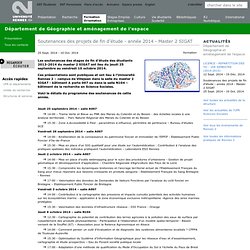 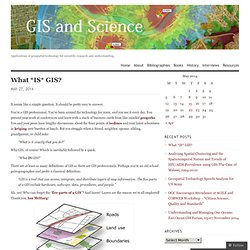 It should be pretty easy to answer. You’re a GIS professional. You’ve been around the technology for years, and you use it every day. Mobility in Cities is About Space - Proven Powerfully in Pictures! As gas prices rise and the hype ramps up again about electric cars as the "solution" to green mobility in cities, I find myself busy once again pointing out that the biggest challenge in cities when it comes to how we get around, isn't about what comes out of the tailpipe of your car. 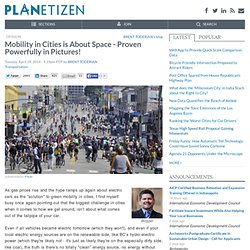 Even if all vehicles became electric tomorrow (which they won't), and even if your local electric energy sources are on the renewable side, like BC's hydro-electric power (which they're likely not - it's just as likely they're on the especially dirty side, like coal), the truth is there's no totally "clean" energy source, no energy without impacts. The only real energy solutions are urban densities, use-mixes and patterns, and personal choices, that depend on much less energy. That means efforts like making walking, biking and public transit truly inviting options in our cities and communities. Electric cars do nothing to address this space issue. Eclairage public : appel à LED. Ô, Ville Lumière. 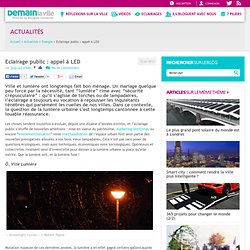 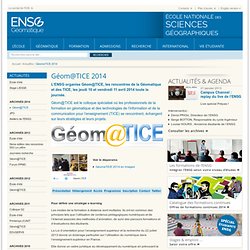 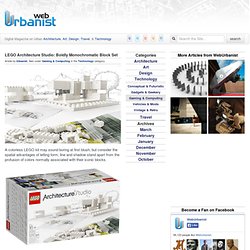 A colorless LEGO kit may sound boring at first blush, but consider the spatial advantages of letting form, line and shadow stand apart from the profusion of colors normally associated with their iconic blocks. LEGO Architecture Studio‘s pigment-free approach is unusual for the company and intentionally so: it is made to create an experience that is more like pencil or pen sketching in three dimensions, a thinking-through-building process without the complications of shades and hues. Though the all-white block series contains over 1,200 pieces uniformly absent of color, it also comes with a colorful 268-page book that shows aspiring architects (or simply interested kids) what is possible in the world of built environments. From FastCo: “At the end of each chapter, the lead architects will all sit around a table with Lego and play with the pieces!

What is #GIS?….Let’s decide once and for all. I swore I would never do this, giving opinions on an ever changing industry which is in its’ infancy still is a job for the companies wanting to make money out of the word. 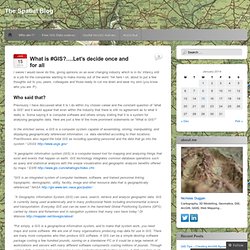 Yet here I sit, about to put a few thoughts out to you, peers, colleagues and those ready to cut me down and wear my skin (you know who you are :P). Synthèse du Colloque sur les métiers de la géomatique. Youth in Action - erasmus-plus-programme-guide_en.pdf.

Protei. Appli terrain. In Defense of Bad Maps. Master Géomatique SIGMA - Stages 2013. Comm SIGAT. Prepa cours. GIST_Body_of_Knowledge.pdf. The New Cartographers. Twenty years ago, a driver lost at night would pull his car over, take out a paper map bought at a gas station, and pore over its folds under a dim light. 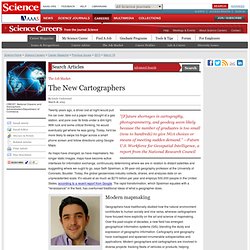 With luck and some critical thinking, he would eventually get where he was going. Today, he'd be more likely to swipe his finger across a smart phone screen and follow directions using Google Maps. As maps have changed, so have mapmakers. No longer static images, maps have become active interfaces for information exchange, continuously determining where we are in relation to distant satellites and suggesting where we ought to go, says Seth Spielman, a 38-year-old geography professor at the University of Colorado, Boulder. Today, the global geoservices industry collects, shares, and analyzes data on an unprecedented scale. Modern mapmaking Geographers have traditionally studied how the natural environment contributes to human society and vice versa, whereas cartographers have focused more explicitly on the art and science of mapmaking. GIS Commons: A Free eText about Geographic Information Systems. 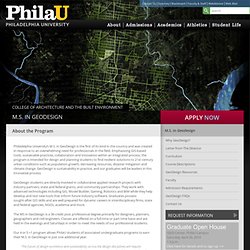 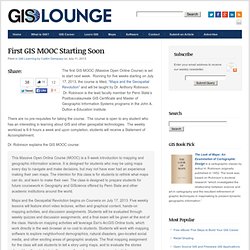 Running for five weeks starting on July 17, 2013, the course is titled, “Maps and the Geospatial Revolution” and will be taught by Dr. Anthony Robinson. Dr. Robinson is the lead faculty member for Penn State’s Postbaccalaureate GIS Certificate and Master of Geographic Information Systems programs in the John A. Dutton e-Education Institute. There are no pre-requisites for taking the course. Dr. This Massive Open Online Course (MOOC) is a 5-week introduction to mapping and geographic information science. To date, over 28,000 students from around the world have enrolled in the course.