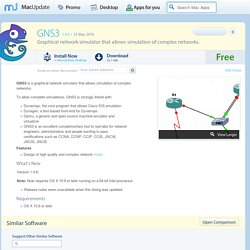 Packet capture using Wireshark Important notice: users have to provide their own IOS/IPS/PIX/ASA/JunOS to use with GNS3 Version 1.4.6: Note: Now requires OS X 10.9 or later running on a 64-bit Intel processor. Garmin Express for Mac. Design/FAQ.md at master · WebAssembly/design. Design Thinking, What’s in It for Me? Free Bootstrap Admin Template. Erlang Solutions. Docs in the Shell February 9, 2016 by Radek Szymczyszyn TL;DR: To access module documentation in the Erlang shell use docsh. 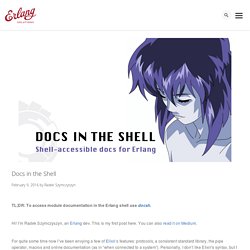 Hi! I’m Radek Szymczyszyn, an Erlang dev. This is my first post here. For quite some time now I’ve been envying a few of Elixir’s features: protocols, a consistent standard library, the pipe operator, macros and online documentation (as in “when connected to a system”). Therefore, I want to present you an idea which hopefully will alleviate one of Erlang’s deficiencies - the lack of shell-accessible docs, anywhere and everywhere a piece of code written in the language is deployed. > recon:h(). Though some may argue that a REPL or a language-specific shell is just a toy unsuitable for real work, or a learning tool at best, I dare to disagree. To remind my future self and let you know of the intended project direction, I tried to clarify some goals: Provide added value to existing community projects and libraries as well as OTP.

The Last Programming Language. GitHub Pages Moves to Jekill 3.0 to Improve Performance. According to GitHub, Jekill 3.0 will make GitHub Pages faster and easier to use, though the switch will not be painless for all existing sites due to some features being removed in the process. 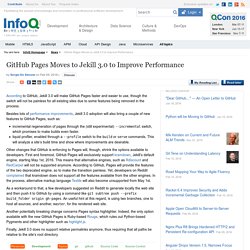 Besides lots of performance improvements, Jekill 3.0 adoption will also bring a couple of new features to GitHub Pages, such as: incremental regeneration of pages through the (still experimental) --incremental switch, which promises to make builds even faster. liquid profiler, enabled through a --profile switch to the build or serve commands. This will analyze a site’s build time and show where improvements are desirable. The Zen of Erlang. This is a loose transcript (or long paraphrasing?) 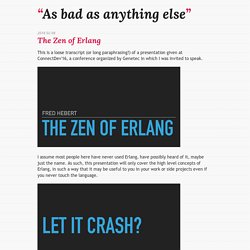 Of a presentation given at ConnectDev'16, a conference organized by Genetec in which I was invited to speak. I assume most people here have never used Erlang, have possibly heard of it, maybe just the name. As such, this presentation will only cover the high level concepts of Erlang, in such a way that it may be useful to you in your work or side projects even if you never touch the language. If you've ever looked at Erlang before, you've heard about that "Let it crash" motto. My first encounter with it had me wondering what the hell this was about. In some ways it would be as funny to use 'Let it Crash' for Erlang as it would be to use 'Blow it up' for rocket science.

The point here is really about control; you can try and see rocket science as a way to properly harness explosions — or at least their force — to do what we want with them. Back-burning and controlled burns are a real world example of fighting fire with fire. Infinite Red. Phoenix is Rails 5 — Infinite Red. Phoenix is Rails 5 Rails 5.0 is approaching, bringing with it niceties for websockets, backend-only API servers, and revamping the command layer. 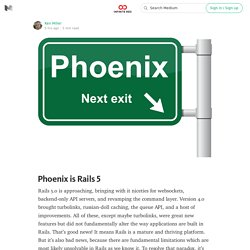 Version 4.0 brought turbolinks, russian-doll caching, the queue API, and a host of improvements. All of these, except maybe turbolinks, were great new features but did not fundamentally alter the way applications are built in Rails. That’s good news! It means Rails is a mature and thriving platform. The Past It may be difficult for developers coming onto the scene now to understand how radical Rails was when it arrived on the scene over a decade ago. The reaction was, to put it mildly, polarizing. But some people hated Rails and Ruby. What did it offer? It changed the dev world dramatically. You may have noticed that feelings keep coming up. Of course, there was a price. The Present So here we are in 2016. The world is now very different.