Fountain pen shopping Italian pens Aurora Visconti Delta Stipula Montegrappa Omas Marlen Columbus Tibaldi Renzetti Parafernalia. Beauty and technology. Culture - Ten more great movies never made. Things i miss about the valley and san francisco. Now You Can Visit The Tate Britain At Night, Via Robots. It will soon be possible to explore the halls of the Tate Britain at night - thanks to a new fleet of robotic tour guides. 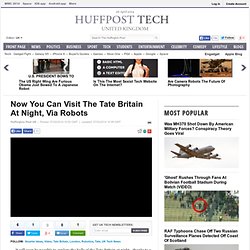 The idea - 'After Dark' - is the work of the Workers design studio. 'Tainted Love' Played By Floppy Disk Drives Is Possibly The Best Use Of Technology Ever. The Beatles Rooftop Concert: The Fab Four's Final Performance Turns 45.

Music. Vermeer’s Secret Tool: Testing Whether The Artist Used Mirrors and Lenses to Create His Realistic Images. “We didn’t know the outcome,” says Teller, whose father was a commercial artist and mother an amateur painter. 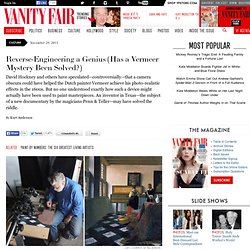 Egyptian Film Explores What Other Movies Overlook: Complexities Outside Of Tahrir Square. CAIRO -- When Egyptian director Ahmad Abdalla decided to make "Rags and Tatters" (or "Farsh w’ Ghata" in Arabic), a film about the 2011 revolution, he chose to take the audience on an uncomfortable journey. 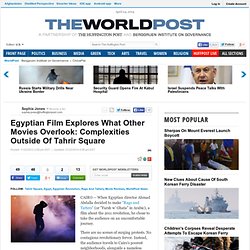 There are no scenes of surging protests. No contagious revolutionary fervor. Instead, the audience travels to Cairo’s poorest neighborhoods, alongside a nameless convict who, like more than 20,000 other prisoners during the revolution, was set free. Through long scenes, many without dialogue, the film shows a different side of the uprising in gritty, often confusing detail. In fact, the film isn’t about the revolution at all, but rather, the narrative of one man navigating his country in the midst of upheaval. McDonalds Apologises After Playing Rucka Rucka Ali's Prison Rape Rap 'Only 17' 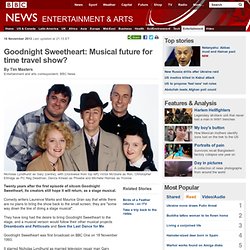 Comedy writers Laurence Marks and Maurice Gran say that while there are no plans to bring the show back to the small screen, they are "some way down the line of doing a stage musical". They have long had the desire to bring Goodnight Sweetheart to the stage, and a musical version would follow their other musical projects Dreamboats and Petticoats and Save the Last Dance for Me. Goodnight Sweetheart was first broadcast on BBC One on 18 November 1993. Unearthed 'Raiders Of The Lost Ark' Photo Shows R-Rated Finale. Goodbye to the splendid 1930s world of Poirot. 15 November 2013Last updated at 04:22 ET By Finlo Rohrer BBC News Magazine. 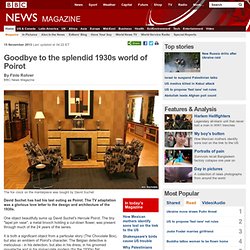 This Taboo-Busting Ad Is Reinventing 'Happily Ever After' In India. Widowed and divorced women have historically been shunned in areas of India. 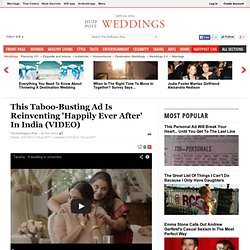 So imagine the nation's surprise when jeweler Tanishq celebrated a second marriage in its new ad. The spot (watch above) features a beautiful bride having a playful moment with her daughter after bridesmaids help her adjust her jewelry. David Bowie leads tributes to 'master' Lou Reed. 28 October 2013Last updated at 06:11 ET Bowie described Reed as his "old friend" on Facebook Rock legend David Bowie has led the tributes to US singer and former Velvet Underground frontman Lou Reed, who died on Sunday aged 71. 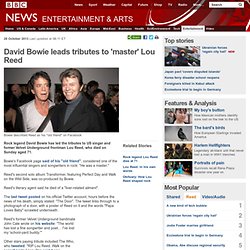 Bowie's Facebook page said of his "old friend", considered one of the most influential singers and songwriters in rock: "He was a master. " Reed's second solo album Transformer, featuring Perfect Day and Walk on the Wild Side, was co-produced by Bowie. Reed's literary agent said he died of a "liver-related ailment". The last tweet posted on his official Twitter account, hours before the news of his death, simply stated: "The Door". 18 Reimagined Movie Posters That Are Cooler Than The Originals. Fashion & Style - Image. Braids Woven to Each Personality.

But is it art, or pornography? Alastair Sooke investigates. It is one of the most salacious images in the history of art: deep underwater, a gigantic pink octopus drags a naked young woman into a cleft between two rocks. As his coiling tentacles slither over her blemish-free body, caressing a nipple and encircling her nubile legs, this unlikely molluscoid lover pleasures his prostrate captive, who throws back her head in ecstasy while a second, smaller octopus plants a tender kiss upon her mouth. To modern eyes, it may look like a piece of titillating filth. A spellbinding, exhilarating and often eye-popping exhibition, Sex and Pleasure in Japanese Art, collating more than 150 works of shunga, opens this week at the British Museum in London.