US Election 2020: Tighter than expected vote may take days to resolve. Biden wins, experts on what it means - The Conversation (essay) The American public has had its say and for the first time in a generation denied a sitting president a second term. 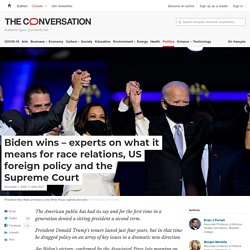 President Donald Trump’s tenure lasted just four years, but in that time he dragged policy on an array of key issues in a dramatic new direction. Joe Biden’s victory, confirmed by the Associated Press late morning on Nov. 7, presents an opportunity to reset the White House agenda and put it on a different course. 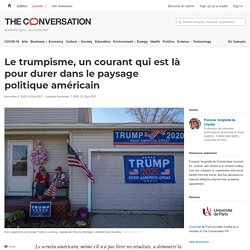 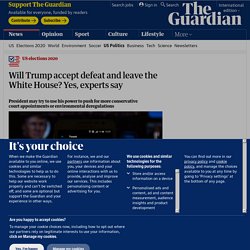 That in itself will probably not matter too much, but he may use his final months in office before Joe Biden takes office in January, 2021 to push the divisive politics that have become his calling card. He may even boycott Biden’s inauguration ceremony. But even if Trump and his colleagues sow a sloppy, chaotic and vindictive transition of power, it’s still unfathomable that the one-term president would belligerently barricade himself inside the Oval Office and refuse to leave, says Lawrence Douglas, a professor of law, jurisprudence and social thought at Amherst College.

“I do not see that happening,” says Douglas, whose book Will He Go? Considers the aftermath of the 2020 election. After flirting with the idea of rejecting unfavorable election results for years, Trump has stoked fears of worst-case scenarios: civil war, a weaponized supreme court, and even the end to American democracy. 'Dr B': the low-profile college educator set to break barriers as first lady. Jill Biden has gone to great lengths to keep her status as a political spouse under the radar from her students, to whom she is known simply as “Dr B”. 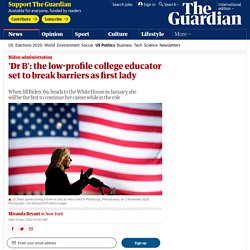 During her eight years in the Obama administration as second lady (she preferred the title “captain of the vice squad”), Dr Biden continued to teach English composition at Northern Virginia Community College (Nova). She even requested that the Secret Service agents who accompanied her to work come in disguise as students. And when the 69-year-old becomes America’s next first lady, she will be the first to continue her professional career while in the role. But this time, when she returns to her day job in January, she may struggle to keep a low profile.

Student Karolina Straznikiewicz, 27, was taught by Dr Biden before she went on leave at the beginning of the year to join her husband, President-elect Joe Biden, on the campaign trail. Can American democracy survive Donald Trump? “I WON THE ELECTION!” 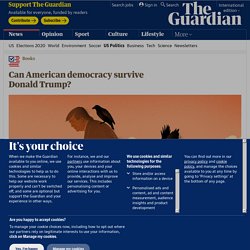 Donald Trump tweeted in the early hours of 16 November 2020, 10 days after he lost the election. At the same time, Atlantic magazine announced an interview with Barack Obama, in which he warns that the US is “entering into an epistemological crisis” – a crisis of knowing. “If we do not have the capacity to distinguish what’s true from what’s false,” Obama explains, “by definition our democracy doesn’t work.”

I saw the two assertions juxtaposed on Twitter as I was finishing writing this essay, and together they demonstrate its proposition: that American democracy is facing not merely a crisis in trust, but in knowledge itself, largely because language has become increasingly untethered from reality, as we find ourselves in a swirling maelstrom of lies, disinformation, paranoia and conspiracy theories. There is a simple reason for this: minority rule.

This is not news to the Republican leadership. Nbcnews. Even before the final votes in the 2020 election were tallied, President Donald Trump sent his attorneys to court alleging voter fraud. 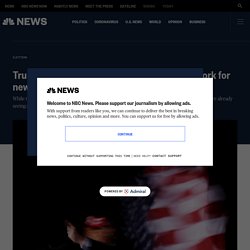 When it became clear that he had lost to President-elect Joe Biden, his claims — and his campaign’s court filings — accelerated. Trump attacked cities with large shares of Black voters, who had come out in force for Biden, while his lawyers baselessly alleged a global conspiracy and filed dozens of suits in six states. The legal strategy failed in court after court — not a single incident of voter fraud has been proven in the lawsuits — but experts warn the narrative is laying the groundwork for disenfranchisement of voters across the country. Despite the large body of evidence that American elections are secure from both hacking and widespread voter fraud, federal and state politicians are already proposing new laws that will make it harder to vote.