Short story by Petina Gappah. When I saw her yesterday, Miss McConkey looked vital and frail at the same time, like a cross between Doris Lessing and poor, murdered Cora Lansquenet. She stood in the queue for the only cashier inside the OK supermarket that replaced the Bon Marché at Mabelreign shopping centre. She carried her head as she always had done, slightly tilted to the left, and her hair, all white now, was pinned into a large bun at the top of her head. When I was a little girl, her hair reminded me of Mam'zelle's at Mallory Towers. Not Mam'zelle Rougier, who was thin and sour and never any fun, but Mam'zelle Dupont, who was plump and jolly.

Her eyes, unlike Mam'zelle Dupont's, which were never still and sparkled and gleamed behind her lorgnettes, did not twinkle behind her round glasses. She took out four bricks of notes, unpeeled some from one and handed over the rest. "That can't be," Miss McConkey said. "Do you have enough? " "What? " General Piso’s Justice: A story inspired by Seneca. On the night the First Soldier returned late from furlough without the Second Soldier, his boon friend and companion, General Piso said he had to die.

The Headstrong Historian. Many years after her husband had died, Nwamgba still closed her eyes from time to time to relive his nightly visits to her hut, and the mornings after, when she would walk to the stream humming a song, thinking of the smoky scent of him and the firmness of his weight, and feeling as if she were surrounded by light. 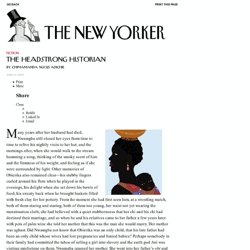 Other memories of Obierika also remained clear—his stubby fingers curled around his flute when he played in the evenings, his delight when she set down his bowls of food, his sweaty back when he brought baskets filled with fresh clay for her pottery. Cell One. The first time our house was robbed, it was our neighbor Osita who climbed in through the dining-room window and stole our TV and VCR, and the “Purple Rain” and “Thriller” videotapes that my father had brought back from America. 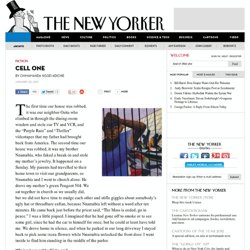 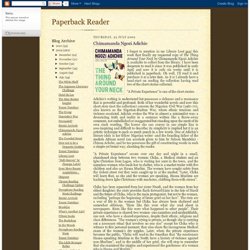 Christmas ghost stories: Ofodile by Chimamanda Ngozi Adichie. On the day our new neighbours came to our house, my brother Ofodile bit my mother on the arm. 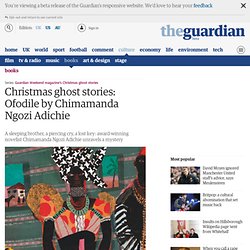 She was feeding him, pushing soft mashed yam into his mouth. She did it quickly, she always did, spoonful chasing another spoonful, then a plastic cup of water forced into his mouth to make him swallow. She did it silently, without really looking at him, her movements thick with duty, in his bedroom with the foam-carpeted floor that caught his falls. The door was always shut. Never ajar. Newyorker. Twice a month, like a dutiful son, I visited my parents in Enugu, in their small overfurnished flat that grew dark in the afternoon. 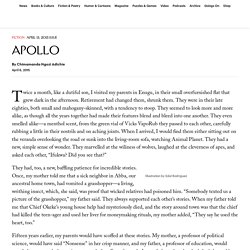 Retirement had changed them, shrunk them. They were in their late eighties, both small and mahogany-skinned, with a tendency to stoop. The Headstrong Historian. Many years after her husband had died, Nwamgba still closed her eyes from time to time to relive his nightly visits to her hut, and the mornings after, when she would walk to the stream humming a song, thinking of the smoky scent of him and the firmness of his weight, and feeling as if she were surrounded by light. 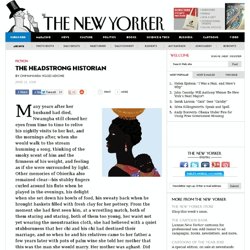 Other memories of Obierika also remained clear—his stubby fingers curled around his flute when he played in the evenings, his delight when she set down his bowls of food, his sweaty back when he brought baskets filled with fresh clay for her pottery. Chinasa, by Chimamanda Ngozi Adichie. Quality Street by Chimamanda Ngozi Adichie, guest-edited by Claire Messud. They were drinking tea. 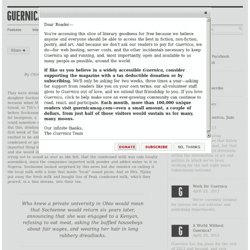 One of the few things that Mrs. Njoku and her daughter Sochienne could still do together without acrimony was drink tea, because when Mrs. Chimamanda Ngozi Adichie. Ifemelu grew up in the shadow of her mother's hair, the thick, long black-black hair that drank two containers of relaxer at the salon, took hours under the dryer and, when finally released from pink plastic rollers, sprang free and full, flowing down her back like a celebration. 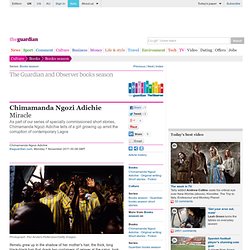 "Is it your hair? " strangers would ask, and then reach out to touch it reverently. Jumping Monkey Hill. T he cabins all had thatch roofs. 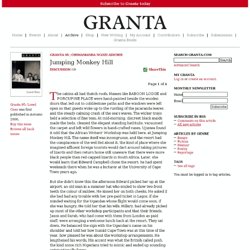 Names like BABOON LODGE and PORCUPINE PLACE were hand-painted beside the wooden doors that led out to cobblestone paths and the windows were left open so that guests woke up to the rustling of the jacaranda leaves and the steady calming crash of the sea's waves. The wicker trays held a selection of fine teas. At mid-morning, discreet black maids made the beds, cleaned the elegant standing bathtubs, vacuumed the carpet and left wild flowers in hand-crafted vases. 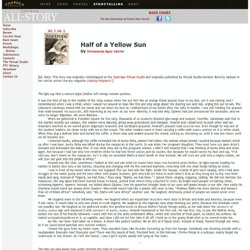 Note: This story was originally workshopped at the Zoetrope Virtual Studio and originally published by Virtual Studio member Beverly Jackson in her stellar online literary magazine Literary Potpourri .] The Igbo say that a mature eagle feather will always remain spotless. It was the kind of day in the middle of the rainy season when the sun felt like an orange flame placed close to my skin, yet it was raining, and I remembered when I was a child, when I would run around on days like this and sing songs about the dueling sun and rain, urging the sun to win. The lukewarm raindrops mixed with my sweat and ran down my face as I walked back to my hostel after the rally in Nsukka. POETRY AND PROSE FROM IN POSSE REVIEW. My Mother, the Crazy African Amanda Ngozi Adichie I hate having an accent.

The Time Story - Chimamanda Ngoz. Marriage Is a Private Affair  Chinua Achebe. Marriage Is a Private Affair Chinua Achebe “Have you written to your dad yet?” Asked Nene1 one afternoon as she sat with Nnaemeka in her room at 16 Kasanga Street, Lagos. “ No. I’ve been thinking about it. The Sacrificial Egg - Chinua Achebe. A talented young Nigerian who was educated in missionary and government schools, Chinua Achebe won a scholarship at the University College in Ibadan, where he took his degree in the arts. A Short Story By Jekwu Anyaegbuna. By Jekwu Anyaegbuna Friday, April 22, 2011. Mama died, and her burial was a special one; but she should not have died because her death led to where I found myself. Grandma's Baptism—Jekwu Anyaegbuna—Eclectica Magazine v15n2. The Swimming Pool by Jekwu Anyaegbuna.

Douglass, you've provoked me. Douglass, you talk a bunch of hogwash. That's enough of your senselessness, please! Both of us sitting here, inside this raffia-made rickety shop erected on water, drinking pammy and ogogoro brews, should not give you the temerity to argue with me. Are you mad? Chimamanda Ngozi Adichie reads 'No Sweetness Here' by Ama Ata Aidoo. Puff-adder.pdf. Caine08-rose3.pdf. Read The Prize-Winning Story That Sparked A Debate About Science Fiction. Tuesday Fiction: “Poison” by Henrietta Rose-Innes « The World SF Blog. Tuesday Fiction: “Poison” by Henrietta Rose-Innes Today’s Tuesday Fiction is by Henrietta Rose-Innes. Henrietta is a South African fiction writer based in Cape Town. Nadine Gordimer in The New Yorker. THE FIRST SENSE. A Beneficiary. Granta 111: Going Back. Granta 111: Going Back. 2011_Bulawayo.pdf. An Ex-mas Feast by author Uwem Akpan, short story from Say You're One of Them, Oprah Book Club selection. Biography of author Uwem Akpan, author of Say You're One of Them, Oprah Book Club selection.