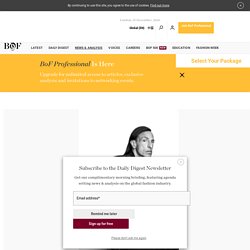 I had a conservative, controlled childhood, then became as uncontrolled as I could, then realised that I liked control after all. This is the story of my generation: kids that were too controlled and then became drug addicts and alcoholics before finding spirituality and Zen. It’s so common. 'What We Look Like': Intimate, Diverse Photos of Non-Binary People. "For me, it's really important that I'm photographing people who identify as non-binary from the perspective of a non-binary person. 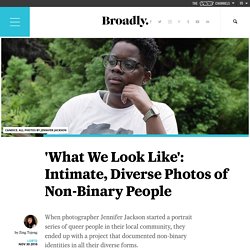 I wouldn't feel comfortable if I didn't identify as non-binary doing this project," says British photographer Jennifer Jackson. The Brighton-based student, who uses they/them pronous, is over ten people deep into an ongoing photographic project documenting non-binary people in their local community. The series was first exhibited at the Brighton Photo Biennial in October, blown up to 1.2 meter by 1.2 meter large prints—a larger than life portrait of a queer community in Britain's gay capital. "I'm very defensive and very protective of the people I photograph because they're sharing their stories and their time with me," Jackson told Broadly. 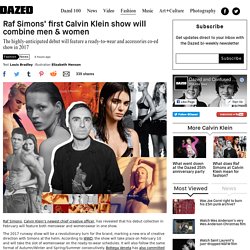 The 2017 runway show will be a revolutionary turn for the brand, marking a new era of creative direction with Simons at the helm. According to WWD, the show will take place on February 10 and will take the slot of womenswear on the ready-to-wear schedules. Your starter for ten: are you a woman, non-binary or trans? Pop artists blurring the gender lines. I've always idolised musicians over actors, world leaders and other famous types. 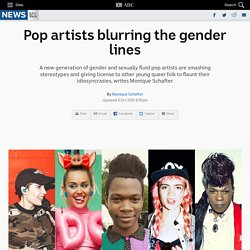 As a young tomboy, I recognised pretty early on that rock 'n' roll was one of the few spaces where weirdos were seen as cool. In high school being a tomboy meant you were a bit of an outsider — you weren't the hot girl, your athleticism was intimidating, and you certainly didn't share the other girls' enthusiasm for a DIY French manicure. Lily-Rose Depp clarifies comments on her sexuality. Lily-Rose Depp has clarified comments regarding her sexuality, a year after she featured in a campaign promoting sexual fluidity. 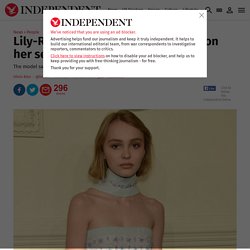 Depp, the actress, model and 16-year-old daughter of Johnny Depp and Vanessa Paradis, spoke to Nylon about the “misconstrued” reception of the campaign and said she featured in it to support not having to label sexuality. The Self Evident Truths project featured 10,000 people in the US who ‘identify as anything other than 100 per cent straight” and was curated by photographer iO Tillett Wright who shared the original photo of Depp in the campaign.

Wright said he was “proud” of Depp for featuring in the photo as she apparently decided to be in the campaign”because she falls somewhere on the vast spectrum”. Jaden Smith Louis Vuitton Campaign: Spring 2016 Ads. “We are all living with this new dimension. 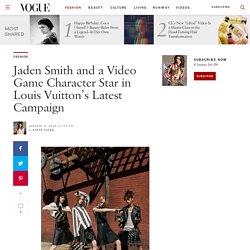 We are all managing how to integrate these new notions of digital, virtual, and cyber with our real life,” mused Nicolas Ghesquière backstage at his Spring 2016 Louis Vuitton show. That notion played out on the runway with techno-savvy leather knits, pretty-meets-punk dresses, and platform sandals that looked like something a video game character might sport to kick ass in an HD world. Ruby Rose on how she embraced gender fluidity: “I just wanted to be more comfortable in my own skin” Model-turned-“Orange Is The New Black” star-turned-full-blown Internet girl crush Ruby Rose has been rather forthcoming about her gender fluidity, explaining recently that her gender presentation and decision to use female pronouns are choices she makes daily. 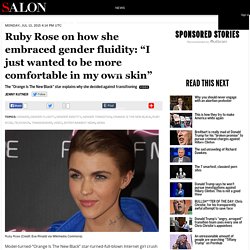 But in a new interview with Access Hollywood, the Australian actress explains that androgyny wasn’t always the way she felt most comfortable expressing herself. In fact, Rose claims she began considering transitioning when she was just five years old. “For the most part of my life I wanted to be a boy,” Rose said. “It wasn’t until much later in life that I realized I could kind of do both, and be androgynous and not have to necessarily be womanly based on what I thought society expected of me, nor did I need to transition into a man to have this freedom that I feel today.”

The star also explained that as a child, she felt confident she would transition one day. Sims 4 update removes gender restrictions on clothes. Electronic Arts The latest update to Electronic Arts' people simulator The Sims 4 is removing the gender binary and making all clothing and accessories that players can give to their characters gender-neutral. 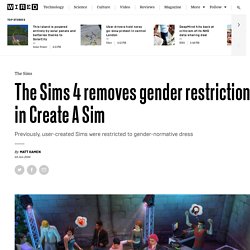 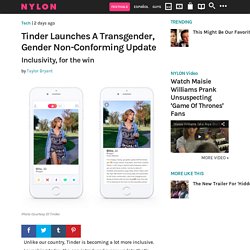 Launching today, the app introduced a new update that’s both transgender and gender non-conforming friendly. While before, users could only choose from male or female options, they can now add in any term that best describes their gender identity. “Our goal is to provide a product that gives our transgender and gender non-conforming users a better experience on Tinder,” Tinder CEO, Sean Rad, said in a statement. The Photographer Representing Her Non-Binary Friends as They'd Like to Be Seen. "I feel like there's this sort of 'trans moment' happening—which is a great thing, obviously. 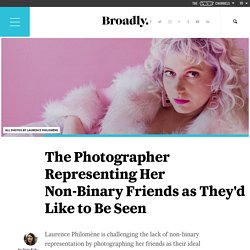 But that still very often fits the binary of male to female, or female to male. And a lot of my friends—the people I love and interact with every day—identify as non-binary, as do I. But there's not so much representation around that. I wanted to give non-binary people a public face. " Canadian photographer Laurence Philomène is explaining the impetus behind her new non-binary portrait series, published exclusively on Broadly. Kids on the Edge review – an antidote to the hysteria around gender identity. What a timely programme Kids on the Edge: The Gender Clinic (Channel 4) has proven itself to be. The first of a three-part series that will look at the mental health of children in the UK, this episode focuses in on the work of the Tavistock and Portman NHS Trust’s gender identity development services in London. These services are now greatly in demand: the clinic has gone from 40 referrals a year a decade ago to 1,400 in 2015.

UK schools are now introducing gender neutral uniforms. Schools across the country are adopting gender neutral uniform policies, as part of a government-funded initiative to reduce discrimination, and promote equality among school students. Educate & Celebrate, a programme backed by the Department for Education, promotes an LGBT-inclusive curriculum and provides funding to enable schools to put measures in place which aim to improve the lives of LGBT pupils. Allens Croft Primary School in Birmingham received £200,000 from the organisation and have subsequently introduced a policy which gives free reign to students to select which clothes they wear to school.

In doing so, they “aim to promote each child’s right to express their gender and personality in whichever way feels right for them,” and so “the rules for boys and girls are the same and we do not insist that they wear specific items of clothing.” “No trans person should be forced to present in a way that makes them feel uncomfortable. Coolhunting.