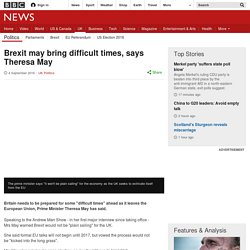 Speaking to the Andrew Marr Show - in her first major interview since taking office - Mrs May warned Brexit would not be "plain sailing" for the UK. She said formal EU talks will not begin until 2017, but vowed the process would not be "kicked into the long grass". Mrs May also ruled out a snap election, saying the UK needs "stability". Artist reveals the story behind unflattering naked statues of Donald Trump.

The artist who created the naked statues of Donald Trump that popped up in major cities across the country said that when he started the project, he supported the Republican presidential candidate. 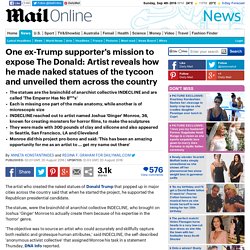 The statues, were the brainchild of anarchist collective INDECLINE, who brought on Joshua 'Ginger' Monroe to actually create them because of his expertise in the 'horror' genre. 'The objective was to source an artist who could accurately and skillfully capture both realistic and grotesque human attributes,' said INDECLINE, the self-described 'anonymous activist collective' that assigned Monroe his task in a statement Thursday, DNA Info reported. 'Working exclusively in the 'horror' genre, 'Ginger' maintained a familiarity with creating monsters that translated perfectly when tasked with creating Donald Trump.' INDECLINE, which was founded in 2001, commissioned Monroe back in April to create the five life-size, nude states of Trump for a project called 'The Emperor Has No B***s'. 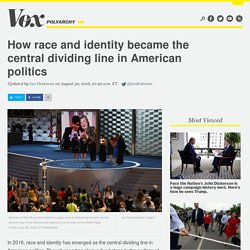 Though race has always lived close to the surface of politics in the US, it has rarely been so explicitly front and center in political campaigns. So how did this happen? Kim Kardashian attends unveiling of Kanye West's Famous art exhibit in LA. To continue providing news and award winning journalism, we rely on advertising revenue. 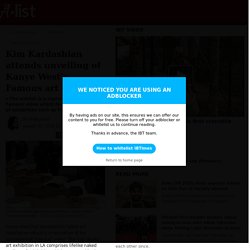 To continue reading, please turn off your ad blocker or whitelist us. Kanye West has unveiled his latest art installation which is a recreation of his controversial 'Famous' video. The 'top secret' art exhibition in LA comprises lifelike naked replicas of celebrities which were used in the music video. Likenesses of Taylor Swift, Bill Cosby, George W Bush, Donald Trump, Anna Wintour, Rihanna, Chris Brown, Ray J, Amber Rose and Caitlyn Jenner are seen sleeping together in an oversized bed. One of the first people to peruse the controversial installation was Kanye's wife Kim Kardashian West who arrived at the private Blum and Poe art gallery wwith sister Kendall Jenner. Posting pictures of her wax effigy on Snap Chat she wrote excitedly: "'Heading to a secret art gallery location to view Kanye's Famous Exhibition!!!!

' "Of course I wanted to like the song. "Taylor is furious after seeing Kanye's video. Great Britain's best ever Olympics - Here are the good, bad and ugly. Britain's success in Rio was unprecedented. 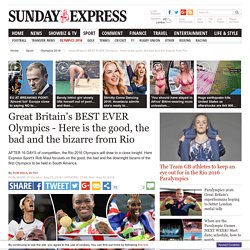 The 366-strong squad return with an incredible 67 Olympic medals – two more than they won at London 2012 – and an impressive 27 gold medals. There were champions across 19 sports and Britain finished behind the USA in the medals tally but ahead of China, who have a population of more than 1bn. “These are our greatest Games,” declared Mark England, chef de mission for Team GB. And it was hard to disagree. Everywhere you looked, there were some stunning individual performances from the Brits. Cyclist Jason Kenny drew level with Sir Chris Hoy by winning a sixth gold medal. Within the space of a few hours, Justin Rose, a truly admirable bloke, embraced the Olympic spirit and relished the opportunity to become the first golf champion for 112 years.

There were some wonderful moments of sportsmanship: New Zealander Nikki Hamblin stopped to help the fallen Abbey D’Agostino midway through the 5,000m. We saw exceptional athletic endeavour. The Mad World of Donald Trump - All 4. Clinton v Trump on the economy: speeches underscore competing visions. Hillary Clinton and Donald Trump laid out their competing visions for the US economy in the past week, with varying degrees of detail and some surprising overlap. 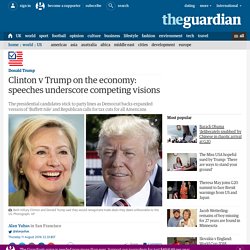 But the bulk of each speech was spent on the differences: Trump embraced more tenets of Republican orthodoxy and Clinton made pledges that progressives would be comforted to hear. Tax cuts v the ‘ Buffett rule’ Trump proposed tax cuts for all Americans, though the terms would disproportionately benefit wealthy people. The conservative-leaning Tax Foundation found that tax revenue would fall by $2.4 tn over the first decade, and the top 1% of Americans would make 5.3% more money under the Republican plan, which would consolidate seven tax brackets into three, of 12%, 25% and 33%. Trump’s new plan accepts more common Republican proposals; his old plan would have cut the top rate to 25%.

Clinton, in contrast, has backed an expanded version of a proposal by billionaire investor Warren Buffett to tax the ultrarich. Brexit may bring difficult times, says Theresa May.