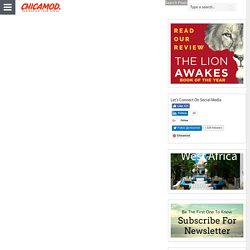 Trained as a painter in South Africa, Chiurai was the first black student to graduate with a bachelor’s degree in fine arts from the University of Pretoria. He creates provocative portrayals of African leaders. His new photo series, Selections From Revelations, is currently at the Museum of Contemporary African Diaspora Arts (MoCADA) in Brooklyn. Chiurai’s photo series documentes and satirizes the rise of a fictitious African leader. 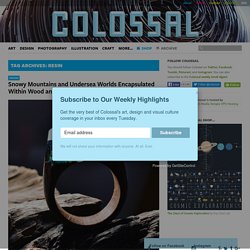 Wood, net, aluminum, epoxy resin and acrylic, 2015. 73 x 75 x 38 inches. Courtesy Joshua Liner Gallery Japanese artist Riusuke Fukahori (previously) returns to Joshua Liner Gallery this week for his second solo show, Goldfish Salvation. Fukahori has become widely known for his depiction of aquatic life painted with acrylic within layers of resin, most frequently the forms of goldfish as they swim through small wooden boxes or inside bamboo hats. He references dozens of live fish kept in aquariums in his studio as he works, with some pieces taking several months to gradually complete, layer by layer.

The exhibition’s title, Goldfish Salvation, is a personal reference to a time of self-doubt in Fukahori’s own artistic career, and an important revelation that led him out of it. In the aquarium, similar to human society, there is a story of birth and death. Meaning of Number 30, SPIRIT(30); Meaning of Number 33, TRUTH(33); Meaning of Number 99, ENERGY(99); Meaning of Number 15, LIFE(15); Meaning of Number 88, THE MIRACLE(88); Meaning of Number 47, I AM(4. Thee Trinity Creation® Master Sage Joseph M Enlightening Communications 2 It was through THE POWER(96) of my MIND(O), approximately 25 years ago, that I was able to skip beyond the entrapments and sufferings of the world and within myself, and it was in this skipping to another dimension of Being that I came to Know the Immaculate BEAUTY(53), the ABSOLUTE{44} PEACE(29), the Eternal LOVE(14) which of course is PERFECTION(54) of MIND(O): within and the Source of all Creation. 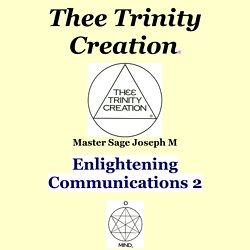 Good Blogs. Pyssel, stickning, pärlor. Photoshop tutorials. Illustrator tutorials. Golden Army project. Egypt trip. Art Writing by Robert Seitz. It’s a rare occasion when my personal approach to art from out of the midst of the uninitiated and my experience digging into the depths of underground culture find their usefulness together. 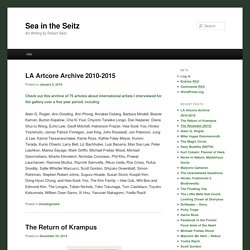 Cameron presents a challenge to art critique that is primarily cultural – her work was created within a cohesive and storied environment that can’t be excluded when evaluating her work. Sadly this underground culture and the art world may not intersect the way many artists wish to believe, and the truth is without electing for it art education does not provide the background necessary for understanding the context of her work, unless the artist has made quite a detour through their own interests. At the same time, her occult world and the art world have striking similarities, and I propose this is due to levels of intelligence and personal creative liberty that attracts many to each. Cameron as the Scarlet Woman in Kenneth Anger’s “Inauguration of the Pleasure Dome” Semina Cover. 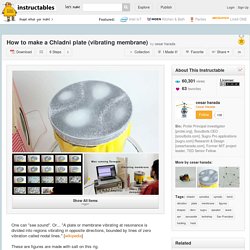 Or... "A plate or membrane vibrating at resonance is divided into regions vibrating in opposite directions, bounded by lines of zero vibration called nodal lines. " [wikipedia] These are figures are made with salt on this rig. I have seen many ways I could build my own DIY vibrating Chladni plates (Cymatics) but I was generally frustrated by the fact that one would generally have to sacrifice a speaker in the process, and I would need to have a super powerful sound amplifier. I recommend this instructable especially for educators as it makes a great intuitive and hands-on introduction to acoustic with exciting experiments but without spending too much. Going with this instructables, you can find classes that will teach you general concepts of standing waves, cancellation and many other phenomena. 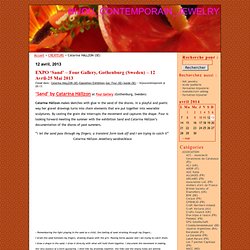