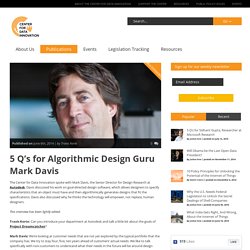 Davis discussed his work on goal-directed design software, which allows designers to specify characteristics that an object must have and then algorithmically generates designs that fit the specifications. Davis also discussed why he thinks the technology will empower, not replace, human designers. This interview has been lightly edited. Travis Korte: Can you introduce your department at Autodesk and talk a little bit about the goals of Project Dreamcatcher? Mark Davis: We’re looking at customer needs that are not yet explored by the typical portfolio that the company has. Has Google forgotten how it became Google ? SCALEit. Google’s BIM-busting App for Design and Construction. By Randy Deutsch AIA LEED AP Tom Preston-Werner, co-founder of Github, believes there will only be two types of jobs in the future: people who code computers, and people who get bossed around by computers. 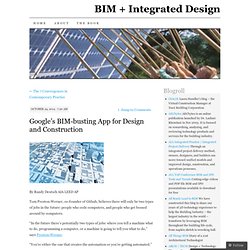 “In the future there’s potentially two types of jobs: where you tell a machine what to do, programming a computer, or a machine is going to tell you what to do,” says Preston-Werner. International workshop with Hugh Dutton Associates. Call the Grasshopper. BizSpark. BizSpark: Three years of free software, support, and visibility for startups. 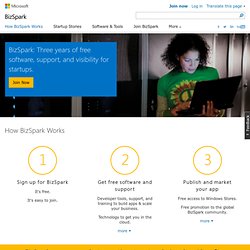 Sign up for BizSpark It's free. It's easy to join. Get free software and support Developer tools, support, and training to build apps & scale your business. Technology to get you in the cloud. more Software Access to 900+ current, full-featured software development tools, platform technologies, and server products to build software applications. Support Startups become part of the BizSpark ecosystem and get access to investors, advisors, and valuable offers to help run their businesses, find talent, and obtain financing. Publish and market your app Free access to Windows Stores. Free promotion to the global BizSpark community. Marketplace BizSpark members receive free one-year Windows Store and Windows Phone developer accounts where you can promote and distribute your apps around the world, offer trial versions to build excitement, track sales and customer feedback in the dashboard, and more! 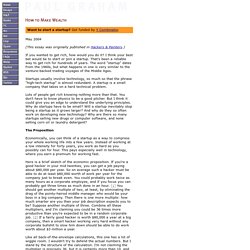 Pollinator - Index. Maad2011.files.wordpress.com/2012/06/theory-forum.pdf. iGeo : Computational Design Library. Architect-led design–build. Design-build construction methods, where the designer and constructor are the same entity or are on the same team rather than being hired separately by the owner, began to make a resurgence in America at the end of the twentieth century. 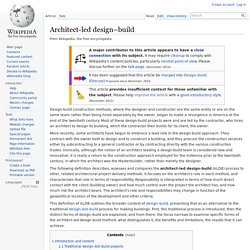 ContentReference. How to build a Smarter City: 23 design principles for digital urbanism. (Bradford’s City Park, winner of the Academy of Urbanism’s “Great Place” award for 2013 . The park is a public space that has been reclaimed for city life from traffic, and which evolves from a daytime public square into an evening water-feature. The fountains and lighting can adapt to and follow individual or crowd movements. Photo by Chloe Blanchfield . ) Publications/10587/cost-effective-design-of-space-structures-joints-a-review.

Rachel Armstrong – Story of a curious explorer building worldship. Rachel Armstrong is a senior TED Fellow and Co-Director of AVATAR (Advanced Virtual and Technological Architectural Research) and, above all, one of the most enthusiastic innovators I’ve ever met. Three years back, I heard her for the first time, and witnessed the phenomenal work linking science fiction and reality in the field of architecture. Today, she is a sustainability innovator who investigates a new approach to building materials called ‘living architecture,’ that suggests it is possible for our buildings to share some of the properties of living systems. In pursuit of knowing her as a person, and sharing her inspirations, ideology and innovations with young innovators across the globe, I got in touch with her recently on email. 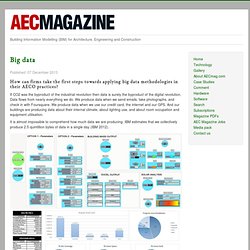 Democratization of design. Tim Brown calls for a democratization of design as a response to increasing complexity – photo credit World Economic Forum We can no longer predict the outcomes of our actions when dealing with complex systems, like cities. Constructive diagrams in building design automation. I recently wrote an article (to be published in October) about latest algorithms and digital design and construction methods in architecture. While my personal focus has mostly been on the former, I also wanted to discuss the use of algorithms in passing information from designers to manufacturers.

Popularc. The Big Data revolution: How data-driven design is transforming project planning. Sasaki Associates used detailed network visualizations like this traffic flow pattern of the College Hill neighborhood in Providence, R.I., to advise Brown University officials on strengthening the school’s presence in the nearby Jewelry District. 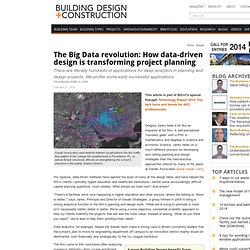