Evolution of Sex and Gender 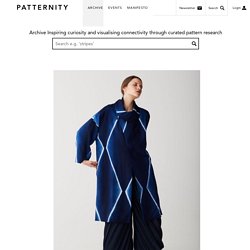 Design wendy andreu - photo ronald smits Wendy Andreu is a recent Design Academy graduate; she describes herself as a craft designer that communicates through the materials she is using. 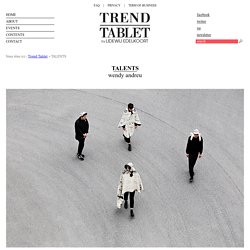 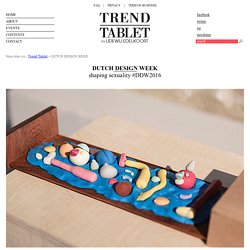 What can it be? Can it be more than the sexuality that is presented in pornography? The curators of MU want to try and feed, trigger, punch or tickle people in their “For Play, Shaping Sexuality” exhibition, so the visitor’s imagination starts sparkling. When you buy a device very often several months later there is a newer and cooler version. 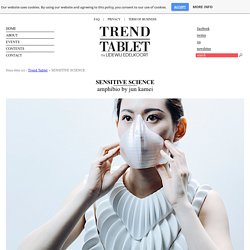 Instead of evolving with us, our devices become obsolete. Boom Boom is the first evolving wireless speaker. Dreamt up by a young audio company called Binauric and designed by the talented Mathieu Lehanneur, Boom Boom comes with all the basic features you should expect: audio playback, conference call capabilities, compatibility with all smartphones and computers, the option to sync up two speakers. The speaker is loaded with excess components like an accelerometer, light sensors and microphones that allow the device to take on new functionalities as they will be developed. “It is a tough industry out there, and to be honest, one that seems built on a dying model, thanks to the digital age we are in,” comments Rebecca Morter, one half of London based fashion house: Rein. 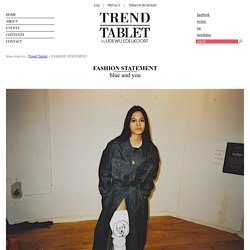 An echo, resoundingly in tune, with the overarching sentiment outlined in Li Edelkoort’s Anti-Fashion Manifesto: asking the fashion industry to suit-up, and accept that the once entrenched, tumultuous turnover of “fast-fashion” systems are obsolete, as we embrace a brave new world of personal expression, within a savvy, socially connected, digitally driven, marketplace; one with increasingly elevated expectations. Here, #ootd and #fwis hashtags become the building blocks of brand stories, and for the consumer, self-actualisation is as valuable as any monetary currency: the “statusphere” of aligning oneself to a cause, or belief, by wearing and sharing; clothing as a vehicle for expression, that goes beyond the aesthetic.

Who or what inspired yourself and Gemma to « make it rein » ?