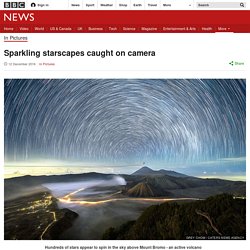 This time-lapse composite photo was taken by Malaysian photographer Grey Chow - who has captured stunning night-time images across South East Asia. This image, of an abandoned boat underneath the Milky Way, was taken on a trip back to Chow's hometown, Terengganu, which looks out to the South China Sea. Here the Milky Way can be seen above a vegetable farm in the Cameron Highlands area of Malaysia. The Milky Way is the galaxy in which the Earth sits. The next image was taken overlooking Indonesia's Kawah Ijen volcano complex - just before sunrise - where the craters emit rivers of blue light from burning sulphur. Chow says the first time he saw the Milky Way it was like seeing a special effect from a film. "Being able to capture the real thing - the beauty of the night sky - is just amazing," he says. All images subject to copyright. Crystals, Healing Crystals, Healing Properties of Crystals, Gemstones, Crystals and Minerals, Charms and Crystals at Peacefulmind.com.

Properties: Although not a crystal, abalone shell has been used for centuries in jewelry and carvings. 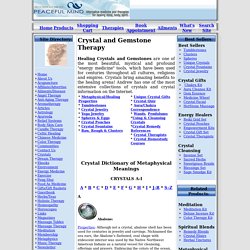 Nicknamed the sea ears, the Abalone's flattened, oval shape with iridescent interior was used by the Native Northwest American Indians as a natural vessel for cleansing, offerings and prayers. Embracing the colors of the ocean, the shell displays iridescent colors in its blues, greens, purples and yellows. This unique shell embodies all the aspects of the water element including love, beauty, gentleness, caring, comfort, peacefulness, delight and solace It is soft to the touch from repeated tumbling in the sand and water.

Abalone is useful for handling and calming emotional situations and is very soothing to the mind/body. When working through any emotional situation, have abalone nearby as it is believed to be beneficial and promotes cooperation. Feng Shui: Use in the Center area for grounding, balance, good health, spirituality and a sense of peace. Agate: Black/Banded Agate: Botswana: The Great Mother Bible: or, I'd rather be gardening...., Mare Cromwell - Amazon.com. Spiritual Warrior. Life offers us the opportunity to become a Spiritual Warrior. 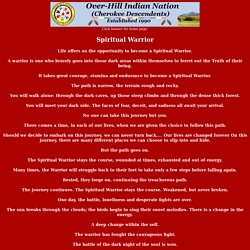 A warrior is one who bravely goes into those dark areas within themselves to ferret out the Truth of their being. It takes great courage, stamina and endurance to become a Spiritual Warrior. The path is narrow, the terrain rough and rocky. You will walk alone: through the dark caves, up those steep climbs and through the dense thick forest. You will meet your dark side. No one can take this journey but you. 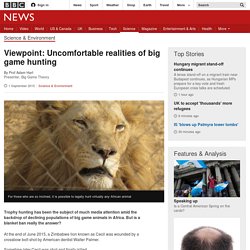 But is a blanket ban really the answer? At the end of June 2015, a Zimbabwe lion known as Cecil was wounded by a crossbow bolt shot by American dentist Walter Palmer. Sometime later Cecil was shot and finally killed. The media attention that followed made it clear that many people were unaware of the realities of modern-day African hunting. In fact, if you have enough money and are so inclined, you can legally hunt pretty much any African animal, including lion, leopard, elephant, buffalo and hippo. You'll need the right permits and it's subject to quotas and regulations but if you do it by the book, then it's perfectly legal. 'Moral objection' Following Cecil's death, many have called for a blanket ban on trophy hunting.

But calls for a blanket ban on trophy hunting fail to take into account the complex relationship between hunting and conservation. Arya quotes still like the .... Laudato si' (24 May 2015) 1. 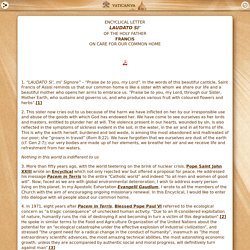 “LAUDATO SI’, mi’ Signore” – “Praise be to you, my Lord”. In the words of this beautiful canticle, Saint Francis of Assisi reminds us that our common home is like a sister with whom we share our life and a beautiful mother who opens her arms to embrace us. “Praise be to you, my Lord, through our Sister, Mother Earth, who sustains and governs us, and who produces various fruit with coloured flowers and herbs”.[1] 2. This sister now cries out to us because of the harm we have inflicted on her by our irresponsible use and abuse of the goods with which God has endowed her.