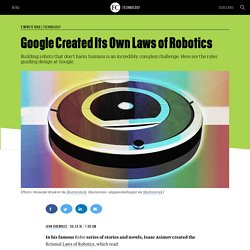 A robot must obey the orders given it by human beings, except where such orders would conflict with the First Law. A robot must protect its own existence as long as such protection does not conflict with the First or Second Laws. Although the laws are fictional, they have become extremely influential among roboticists trying to program robots to act ethically in the human world. Now, Google has come along with its own set of, if not laws, then guidelines on how robots should act.

Robots Should Not Make Things Worse Let's say, in the course of his robotic duties, your cleaning robot is tasked with moving a box from one side of the room to another. In addition, Google Brain says that robots shouldn't be programmed to one-notedly obsess about one thing, like moving a box. Sex with robots to be 'the norm' in 50 years, expert claims. Humans could soon be having sexual relationships with robots, a top academic has claimed. 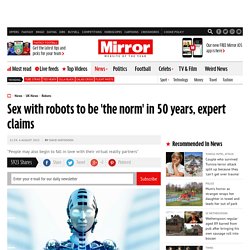 Dr Helen Driscoll said advances in technology mean the way in which humans interact with robots is set to change drastically in the coming years. Sex with robots will be ‘the norm’ in 50 years - News - Gadgets and Tech - The Independent. While the notion has dystopian elements, Dr Helen Driscoll of the University of Sunderland said that any stigma attached to robophilia could quickly dissipate. 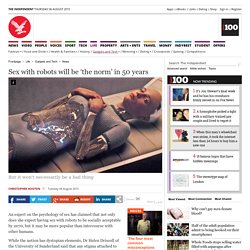 “We tend to think about issues such as virtual reality and robotic sex within the context of current norms,” she told The Mirror. "But if we think back to the social norms about sex that existed just 100 years ago, it is obvious that they have changed rapidly and radically.” A robot has passed a self-awareness test - News - Gadgets and Tech. The induction puzzle goes as follows: 'The King called the three wisest men in the country to his court to decide who would become his new advisor. 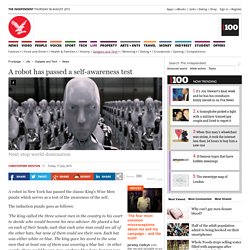 He placed a hat on each of their heads, such that each wise man could see all of the other hats, but none of them could see their own. Each hat was either white or blue. The robots are here — and you should be worried - Business Insider. 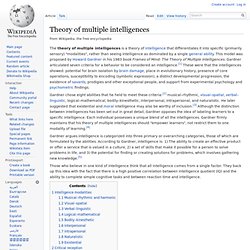 This model was proposed by Howard Gardner in his 1983 book Frames of Mind: The Theory of Multiple Intelligences. Gardner articulated seven criteria for a behavior to be considered an intelligence.[1] These were that the intelligences showed: potential for brain isolation by brain damage, place in evolutionary history, presence of core operations, susceptibility to encoding (symbolic expression), a distinct developmental progression, the existence of savants, prodigies and other exceptional people, and support from experimental psychology and psychometric findings. Gardner argues intelligence is categorized into three primary or overarching categories, those of which are formulated by the abilities. 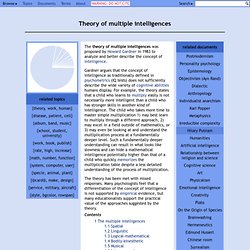 Gardner argues that the concept of intelligence as traditionally defined in psychometrics (IQ tests) does not sufficiently describe the wide variety of cognitive abilities humans display. For example, the theory states that a child who learns to multiply easily is not necessarily more intelligent than a child who has stronger skills in another kind of intelligence. The child who takes more time to master simple multiplication 1) may best learn to multiply through a different approach, 2) may excel in a field outside of mathematics, or 3) may even be looking at and understand the multiplication process at a fundamentally deeper level. The theory has been met with mixed responses. The multiple intelligences Full article ▸ IQ ‘a myth,’ study says. The idea that intelligence can be measured by a single number — your IQ — is wrong, according to a recent study led by researchers at the University of Western Ontario. 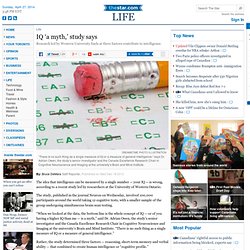 The study, published in the journal Neuron on Wednesday, involved 100,000 participants around the world taking 12 cognitive tests, with a smaller sample of the group undergoing simultaneous brain-scan testing. IQ Scores are a Myth. Science & Tech / Discoveries By: Chris O'Shea Leave it to scientists to prove things that seem to be fairly common sense. 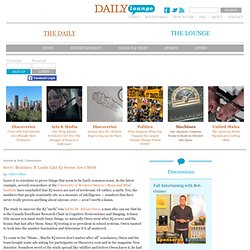 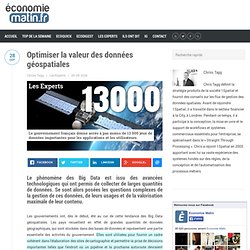 Centre d'aide Legal. Removing Content From Google This page will help you get to the right place to report content that you would like removed from Google's services under applicable laws. 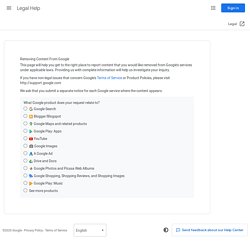 Providing us with complete information will help us investigate your inquiry. If you have non-legal issues that concern Google's Terms of Service or Product Policies, please visit We ask that you submit a separate notice for each Google service where the content appears. What Google product does your request relate to? Which product does your request relate to? 901 - Biens publics et gratuité (23 mai 2014) - Modes d'emploi.

Bruit. Financement Public. Le sexe comme vous ne l'avez jamais vu dessiné (2/4) ROLE CT TRANSITION CLIM. COP 2015. PERMACULTURE. Being Somewhere - Low Impact Living. This was an interview which I was sent in 2007, after a year or so in the hobbit house. It was one of my first attempts to articulate the principles behind what we were doing following instinct and fun, rather than ideals. I certainly knew nothing about what organic architecture meant in the architectural tradition !

I think we overuse the cause and effect model. Comment favoriser les fondations actionnaires en France ?

Résumes FR EMF. CT. PED. Amiante. Européennes. FUTUR ECO. ECO. Apple, Google Learn That The Car Is More Than Just A Smartphone On Wheels. International Transport Forum. And CMU Announce Strategic Partnership and Advanced Technologies Center. Uber and Carnegie Mellon University (CMU) are announcing today a strategic partnership that includes the creation of the Uber Advanced Technologies Center in Pittsburgh, near the CMU campus. The center will focus on the development of key long-term technologies that advance Uber’s mission of bringing safe, reliable transportation to everyone, everywhere. The partnership will provide a forum for Uber technology leaders to work closely with CMU faculty, staff, and students — both on campus and at the National Robotics Engineering Center (NREC) — to do research and development, primarily in the areas of mapping and vehicle safety and autonomy technology.

“We are excited to join the community of Pittsburgh and partner with the experts at CMU, whose breadth and depth of technical expertise, particularly in robotics, are unmatched. —Jeff Holden, Uber Chief Product Officer —Andrew Moore, Dean of the School of Computer Science, Carnegie Mellon University. Uber just announced its own self-driving car project. Uber is spending some of its vast war chest on a new facility that could pave the way for self-driving cars to join its fleet of taxis. Today it announced joint plans with Carnegie Mellon University to create the Uber Advanced Technologies Center in Pittsburgh. Some of its projects include research and design of autonomous vehicles, as well as vehicle safety technologies. "The partnership will provide a forum for Uber technology leaders to work closely with [Carnegie Mellon University] faculty, staff, and students — both on campus and at the National Robotics Engineering Center (NREC) — to do research and development, primarily in the areas of mapping and vehicle safety and autonomy technology," Uber said in a blog post.

The company added that a formal event for the project will occur in Pittsburgh the coming weeks. The center will focus on maps, safety, and autonomy. La voiture autonome pourrait éliminer les parkings et faire baisser les loyers. Computers That Know How You Feel Will Soon Be Everywhere. Sometime next summer, you’ll be able to watch a horror series that is exactly as scary as you want it to be—no more, no less.

You’ll pull up the show, which relies on software from the artificial intelligence startup Affectiva, and tap a button to opt in. Then, while you stare at your iPad, its camera will stare at you. The software will read your emotional reactions to the show in real time. Should your mouth turn down a second too long or your eyes squeeze shut in fright, the plot will speed along. But if they grow large and hold your interest, the program will draw out the suspense.

Parmi les premiers partenaires de poids d'Apple figure IBM, qui a annoncé lundi le lancement de sa plateforme IBM Watson Health, en partenariat avec Apple, Johnson & Johnson et Medtronic. Internet of Anything: Simple Tools Make It Possible for Anyone to Hack Robots. Ron Evans thinks it’s about time that everyone should be able to make robots. Or at least tell them what to do. The world of robotics right now is still dominated by grad students, he says. “But the next exciting wave will come from average people who will imagine things that us so-called professionals would never think of.”

To help usher in this future, he and his colleagues at a company called The Hybrid Group created a set of free frameworks—basically skeletons of code—that free up non-specialists to write up the fun stuff for a wide variety of hardware, from Arduino circuit boards to Parrot ARDrones to Sphero robots. Geek is cool again. Evans hopes these frameworks will make it much easier to program these machines by reducing the amount of code you need to write in order to do something cool. Ultimately, Evans says, the company may release tools that will help people create their own robotics or Internet of Things software without having to write a single line of code at all.