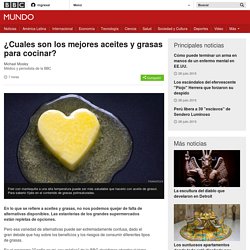 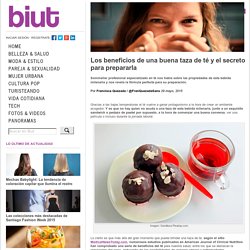 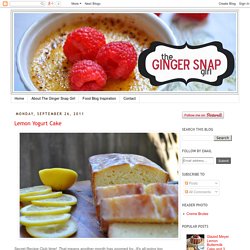 Happy Birthday Dad! No, I did not present them to my Dad with this cute red ribbon. Categories - What's Gaby Cooking. Peanut Butter and Jelly Cupcakes - High Heels and Grills. 10 Minute Brigadeiro frosting - Cupcakepedia. Slideshow: Foods With Probiotics That Help Digestion. Neuroscience for Leadership: Harnessing the Brain Gain Advantage (The Neuroscience of Business): Amazon.co.uk: Tara Swart, Kitty Chisholm, Paul Brown: 9781137466853: Books. Trade in your item Get a £8.38Gift Card. 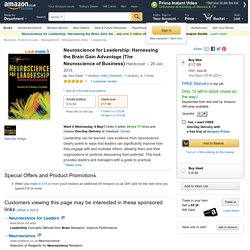 Flip to back Flip to front Listen Playing... Paused You're listening to a sample of the Audible audio edition. Learn more See this image. What It Takes To Change Your Brain's Patterns After Age 25. "In most of us, by the age of thirty, the character has set like plaster, and will never soften again. 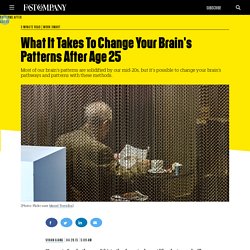 " That quote was made famous by Harvard psychologist William James in his 1890 book The Principles of Psychology, and is believed to be the first time modern psychology introduced the idea that one’s personality becomes fixed after a certain age. More than a century since James’s influential text, we know that, unfortunately, our brains start to solidify by the age of 25, but that, fortunately, change is still possible after. The key is continuously creating new pathways and connections to break apart stuck neural patterns in the brain. Simply put, when the brain is young and not yet fully formed, there’s a lot of flexibility and plasticity, which explains why kids learn so quickly, says Deborah Ancona, a professor of management and organizational studies at MIT. Focused Attention. Workstyle Archives - The Asana Blog. Meetings are a part of nearly everyone’s work life: some of us have more than others, but we all have days when we feel it’s nearly impossible to get uninterrupted time to do work. 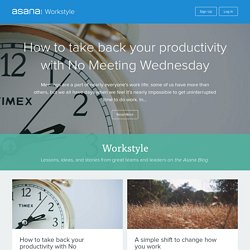 In… Individuals who’ve gone through her training reported being more creative, having more energy, and developing a sense of closeness and openness with the people they work with. Diana Chapman isn’t your typical leadership trainer. The… Peter Thiel hardly needs an introduction; his name has been tied to some of the most successful companies of our time (disclosure: he’s an investor in Asana). This article originally appeared on re/code.

Food & Beverages. Inspiration. Photography. Travel. Be Green. Professional. Stand Up When You've Been Sitting Too Long. VARIDESK Single Standing Desk. Introducing the VARIDESK – a whole new way to work sitting down or standing up! 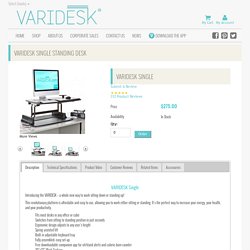 This revolutionary platform is affordable and easy to use, allowing you to work either sitting or standing. It's the perfect way to increase your energy, your health, and your productivity. Fits most desks in any office or cubeSwitches from sitting to standing position in just secondsErgonomic design adjusts to any user’s heightSpring-assisted liftBuilt-in adjustable keyboard trayFully assembled; easy set-upFree downloadable companion app for sit/stand alerts and calorie-burn counter30”x23” Work SurfacePerfect for single monitors This single monitor version of the VARIDESK has a black top and will perfectly suit offices and homes alike.

Desk to work Stand Up.

Fashion & Beauty. For Shopping. Práctico. 2014 ··> A Year in Search. Annual Report ·· 2014 ·· Booktrack Studio. A simple shift to change how you work. Individuals who’ve gone through her training reported being more creative, having more energy, and developing a sense of closeness and openness with the people they work with. 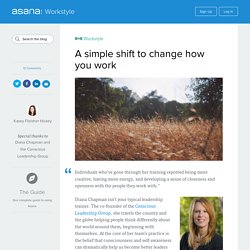 Diana Chapman isn’t your typical leadership trainer. The co-founder of the Conscious Leadership Group, she travels the country and the globe helping people think differently about the world around them, beginning with themselves. At the core of her team’s practice is the belief that consciousness and self-awareness can dramatically help us become better leaders and better teammates, too. Individuals who’ve gone through her training reported being more creative, having more energy, and developing a sense of closeness and openness with the people they work with. 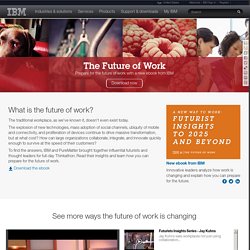 Seven Habits Of Organized People. We all know that one friend or coworker who is super-organized. 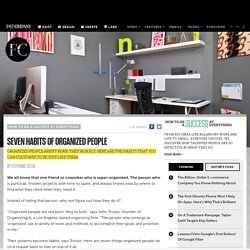 The person who is punctual, finishes projects with time to spare, and always knows exactly where to find what they need when they need it. Instead of hating that person, why not figure out how they do it? "Organized people are not born; they’re built," says John Trosko, founder of OrganizingLA, a Los Angeles-based organizing firm. "The people who emerge as ‘organized’ use a variety of tools and methods to accomplish their goals and priorities in life.

" Their systems become habits, says Trosko. La Brùjula Política. Aldeas Infantiles SOS Venezuela. Combatir el hambre. Santa en las Calles. To be successful in business, do this (says Peter Thiel) Peter Thiel hardly needs an introduction; his name has been tied to some of the most successful companies of our time (disclosure: he’s an investor in Asana). Over the span of his career, he’s had the opportunity to watch companies make it and break it; in 2012, he taught a class at Stanford University covering everything he knew about startups. The class, which was developed out of Founders Fund — and specifically, notes taken by a student — led to the publication of his book, Zero to One, and distills his knowledge into a series of contrarian questions that point to certain conclusions about what successful startups look like. Why You Should Never Paint Office Walls White. White walls in a room might feel crisp and clean, like a blank slate, but if they’re in your workplace, it’s time to repaint.