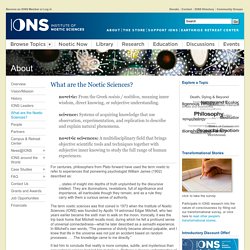 For centuries, philosophers from Plato forward have used the term noetic to refer to experiences that pioneering psychologist William James (1902) described as: …states of insight into depths of truth unplumbed by the discursive intellect. They are illuminations, revelations, full of significance and importance, all inarticulate though they remain; and as a rule they carry with them a curious sense of authority. It led him to conclude that reality is more complex, subtle, and mysterious than conventional science had led him to believe. 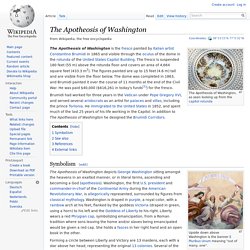 The fresco is suspended 180 feet (55 m) above the rotunda floor and covers an area of 4,664 square feet (433.3 m2). The figures painted are up to 15 feet (4.6 m) tall and are visible from the floor below. The dome was completed in 1863, and Brumidi painted it over the course of 11 months at the end of the Civil War. The Intention Experiment - The Largest Mind-Over Matter Experiment in History. Upanisade.pdf. Bhagavad-Gita: Chapter 01. Kybalion.pdf. 5 stvari koje treba da znate o Zoharu.

Trompe-l'œil. Trompe-l'œil (French for deceive the eye, pronounced [tʁɔ̃p lœj]), which can also be spelled without the hyphen and ligature in English as trompe l'oeil,[1] is an art technique that uses realistic imagery to create the optical illusion that depicted objects exist in three dimensions. 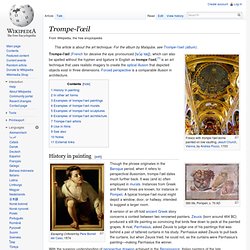 Bruno Munari’s Design as Art, first published in English in 1971, has been out of print for much too long and Penguin’s decision to reissue it as a Modern Classic couldn’t be timelier. Japan. Robert Capa. Robert Capa (born Endre Friedmann;[1] October 22, 1913 – May 25, 1954) was a Hungarian war photographer, photojournalist and also the companion and professional partner of photographer Gerda Taró. 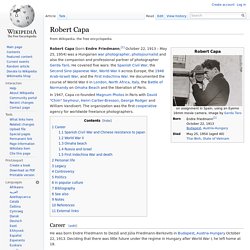 He covered five wars: the Spanish Civil War, the Second Sino-Japanese War, World War II across Europe, the 1948 Arab-Israeli War, and the First Indochina War. He documented the course of World War II in London, North Africa, Italy, the Battle of Normandy on Omaha Beach and the liberation of Paris. Magnum Photos Photographer Portfolio. FRANCE. 1935. 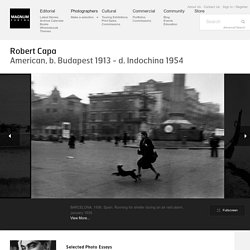