20 Artistic Takes on Disney Princesses. Fans of Brave's heroine, Merida, have been up in arms the last week over a Disney redesign that left the princess looking skinnier, sexier, and more in line with the rest of the company’s animated princesses. 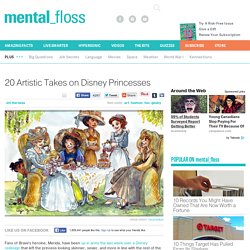 While it was announced that Disney was backing away from the redesign, the newest word is that the new Merida was only created for a specific line of limited edition merchandise and that the company isn’t going to pull the design at all. Here are some other ways the Disney princesses may have been portrayed. 1. Sexy Sirens J. 2. If you think Merida was over sexualized in the new Disney design, just wait until you see DeviantArt user Bianni’s series featuring princesses in their lingerie. Note: While none of the images are outrightly explicit, they're still largely NSFW. 3. 4. Artist Witit Karpkraikaew did a series of Disney princesses as zombies and, as you might expect, the results are not pretty—though they are awesomely gory. French Psychologist Creates Eerily Beautiful Illustrations of Lonely Characters - ViewKick. Cyril Rolando is a 30-year-old psychologist from Toulon, France. 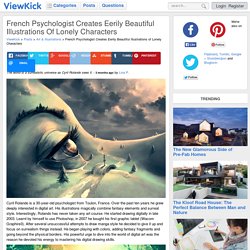 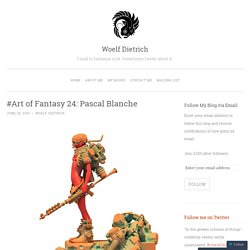 Although I prefer fantasy generally and given that I created #Art of Fantasy for, well, fantasy, when I saw Pascal Blanche’s work I instantly knew I wanted to show you. Pascal is a 3D French artist, and I may not be fond of 3D art, but I tell you, his work is so vivid and fantastic he made me do a double-take. Mechanical elements feature heavily in his post-apocalyptic alien world and is extremely detailed, but what sets his style apart, I think, is his use of color and texture.

Pascal started his career at the video games magazine TILT and stayed in the video games industry for twelve years working for companies such as Virtual Xperience, Xilam, Haikus Studios, and Sony. Today he is the Art Director at Ubisoft, which is one of the biggest video game development studios in the world.

So dear reader, feast your eyes on a very colourful edition of #Art of Fantasy. I hope I surprised you today. Enjoy! Woelf Like this: Video Game Girls on comicgirls.net - The best resource of free comic babe wallpapers, coverart and images! With Lady death, Caitlin Fairchild, Vampirella, Darkchylde and Witchblade backgrounds. Masters Of Anatomy by Masters Of Anatomy. Www.jeremymohler.com. Eric Drooker. Joy Copyright © Eric Drooker. 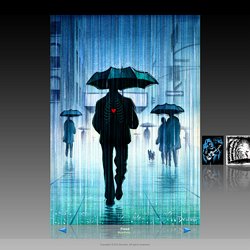 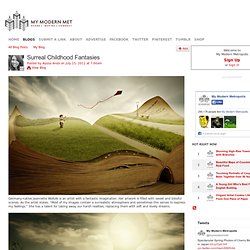 Her artwork is filled with sweet and blissful scenes. As the artist states, "Most of my images contain a surrealistic atmosphere and sometimes this serves to express my feelings. " She has a talent for taking away our harsh realities, replacing them with soft and lovely dreams. Jeannette Woitzik's website. Stumbleupon. Forums. 10 Twisted Princesses - Jeffrey Thomas. What would happen if a princess didn't need her prince? 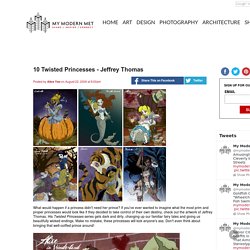 If you've ever wanted to imagine what the most prim and proper princesses would look like if they decided to take control of their own destiny, check out the artwork of Jeffrey Thomas. His Twisted Princesses series gets dark and dirty, changing up our familiar fairy tales and giving us beautifully wicked endings. Make no mistake, these princesses will kick anyone's ass. Don't even think about bringing that well-coiffed prince around! Alice Mulan Pocahontas. What an ART!!! - Graphic Arts Gallery. DeviantART: where ART meets application! Will Murai. He is a comicbook colorist and an illustrator from São Paulo, Brasil. 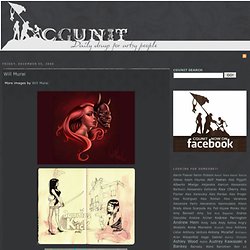 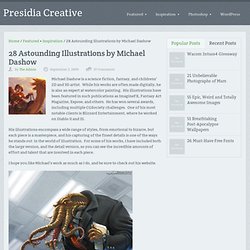 While his works are often made digitally, he is also an expert at watercolor painting.