BBC iWonder - Fashion secrets: Who really decides what we wear?

MBP. DISS April. Fairdata. Marketing and Business plan. Praca? Newer dissertation arts. Birmingham City University - Sign In. Westfield reveals "How We Shop Now" - News : Retail (#626167) Retail mall giant Westfield spoke to over 13,000 people across the UK and USA to get a picture of how people shop today for its new report "How We Shop Now: What’s Next? 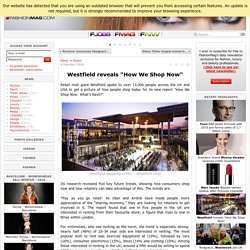 Art loves Fashion. The symbiotic relationship of all times. Observations of the relational influence of art and fashion movements “Modern”, “avant-garde”, and “contemporary”… all words that critics use to describe a time period, a style, or a movement. 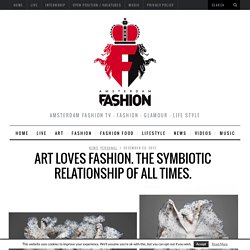 Authentic Hermes Handbags For Sale. Program TVN. Hermès doesn’t make it easy for you to buy its stuff. That’s why it sells so well. Cloud-capped waiters attend to guests at a Mellon Auditorium dinner celebrating the opening of the Hermès store at CityCenterDC in downtown Washington. 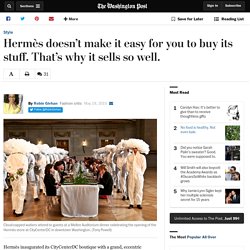 (Tony Powell) Hermès inaugurated its CityCenterDC boutique with a grand, eccentric flourish befitting a nearly 180-year-old French luxury firm that was born as a harness-maker and grew into the purveyor of $10,000 Birkin handbags. At a seated dinner in the stately surroundings of the Andrew W. Patricia Field Hangs Up Her Retail Wig. Photo “Do you mind if I have a cigarette?” 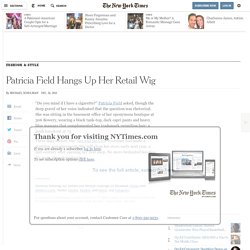 Patricia Field asked, though the deep gravel of her voice indicated that the question was rhetorical. 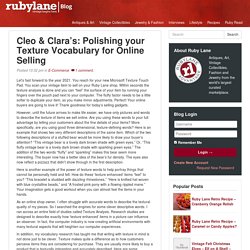 You reach for your new Microsoft Texture Touch Pad. You scan your vintage item to sell on your Ruby Lane shop. Within seconds the texture analysis is done and you can “feel” the surface of your item by running your fingers over the pouch pad next to your computer. Victoria Beckham tops chart of Britain’s most successful entrepreneurs. Victoria Beckham, the pop star, model and Wag who reinvented herself as a fashion designer, has topped a list of Britain’s 100 most successful entrepreneurs of 2014. 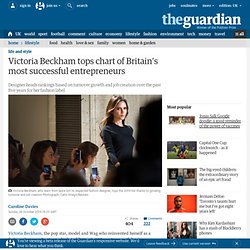 The woman formerly known as Posh Spice came in at No 1 in the list compiled for business magazine Management Today. The rankings are drawn up by assessing turnover growth and job creation over the past five years. The future of innovation belongs to the mega-city. New Chinese Cyber-Espionage Group Exposed. A new group of hackers operating in China has been discovered. 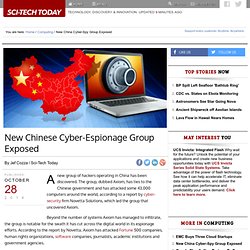 The group, dubbed Axiom, has ties to the Chinese government and has attacked some 43,000 computers around the world, according to a report by cyber-security firm Novetta Solutions, which led the group that uncovered Axiom. Beyond the number of systems Axiom has managed to infiltrate, the group is notable for the swath it has cut across the digital world in its espionage efforts. According to the report by Novetta, Axiom has attacked Fortune 500 companies, human rights organizations, software companies, journalists, academic institutions and government agencies. Private Sector Goes on Offense The report represents the first privately sponsored interdiction against a state-sponsored threat, according to Novetta.

Humanity's 'inexorable' population growth is so rapid that even a global catastrophe would not stop it - Environment - The Independent. There is no “quick fix” to the population time-bomb, because there are now so many people even unimaginable global disasters won't stop growth, scientists have concluded. 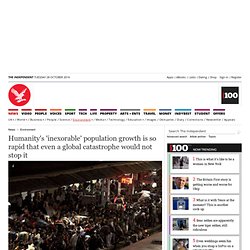 Although measures designed to reduce human fertility in the parts of the world where the population growth is fastest will eventually have a long-term impact on numbers, this has to go hand-in-hand with policies aimed at reducing the consumption of natural resources, they said. Two prominent ecologists, who normally study animal populations in the wild, have concluded that the number of people in the world today will present one of the most daunting problems for sustainable living on the planet in the coming century – even if every country adopts a draconian “one child” policy. “Assuming a continuation of current trends in mortality reduction, even a rapid transition to a worldwide one-child policy leads to a population similar to today’s by 2100,” they say. 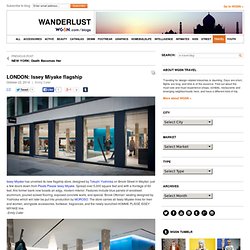 Spread over 5,000 square feet and with a frontage of 60 feet, this former bank now boasts an edgy, modern interior. Features include blue panels of anodised aluminium, poured screed flooring, exposed concrete walls, and special ‘Brook Ottoman’ seating designed by Yoshioka which will later be put into production by MOROSO. The store carries all Issey Miyake lines for men and women, alongside accessories, footwear, fragrances, and the newly launched HOMME PLISSÉ ISSEY MIYAKE line. -Emily Cater Issey Miyake. Entomologist Spies Massive Goliath Birdeater Spider. Harvard entomologist and experienced field scientist Piotr Naskrecki has over 30 scientific papers with his name on them. 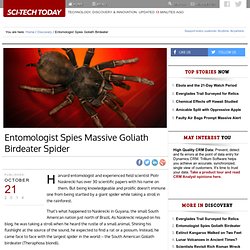 You'll be able to ride a fully-functional hoverboard in 2015.