Kids, Parents, and Video Games. Video games stir up more controversy between kids and parents than almost anything else. 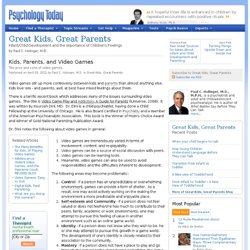 Gender and Computer Games: Exploring Females' Dislikes. A game we all win: Dumping DRM can increase sales while reducing piracy. The standard line that Digital Rights Management (DRM) functions as a bulwark against online music piracy is being challenged by a trio of economists from Rice and Duke Universities. 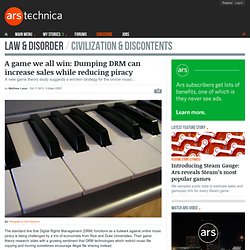 Their game theory research sides with a growing sentiment that DRM technologies which restrict music file copying and moving sometimes encourage illegal file sharing instead. "In many cases, DRM restrictions prevent legal users from doing something as normal as making backup copies of their music," contends one of the researchers, Dinah Vernik, assistant professor of marketing at Rice's Jones Graduate School of Business. "Because of these inconveniences, some consumers choose to pirate. " The paper in question is titled "Music Downloads and the Flip Side of Digital Rights Management Protection. 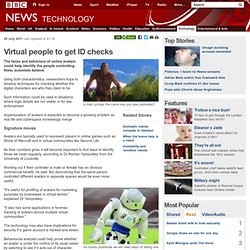 The faces and behaviour of online avatars could help identify the people controlling them, scientists believe. Using both characteristics, researchers hope to develop techniques for checking whether the digital characters are who they claim to be. Such information could be used in situations where login details are not visible or for law enforcement. Impersonation of avatars is expected to become a growing problem as real life and cyberspace increasingly merge. Signature moves Avatars are typically used to represent players in online games such as World of Warcraft and in virtual communities like Second Life. As their numbers grow, it will become important to find ways to identify those we meet regularly, according to Dr Roman Yampolskiy from the University of Louisville.

Tomb Raider 2 Trailer. Tomb Raider - E3 2011: Gameplay Demo. Players and Avatars: Against Identification. Eludamos. Journal for Computer Game Culture. Dominic Arsenault Every once in a while comes a video game that claims - or is claimed - to 'revolutionize' its genre, to bring it beyond what it used to be, or to 'evolve' it, defining a new step along the generic road it is treading.[1] As a case in point, Aki Järvinen's (2002) review of Halo (Bungie Software 2001) boldly states that with this release, "the FPS is dead. 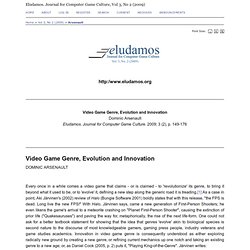 Long live the new FPS! " With Halo, Järvinen says, came a new generation of First-Person Shooters; he even likens the game's arrival to a meteorite crashing on "Planet First-Person Shooter", causing the extinction of prior life ("Quakesauruses") and paving the way for, metaphorically, the rise of the next life-form. One could not ask for a better textbook statement for showing that the idea that genres 'evolve' akin to biological species is second nature to the discourse of most knowledgeable gamers, gaming press people, industry veterans and game studies academics. Halo doesn't lack innovativeness. 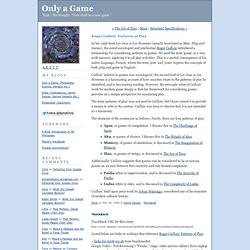 He used the term 'game' in a very wide manner, applying it to all play activities. UXS2041 Video Game History. The Book of Scratch: How can I move the background? History of Video Games. A Timeline. Video game history reaches back to games using early computers, and progresses forward into who knows what. 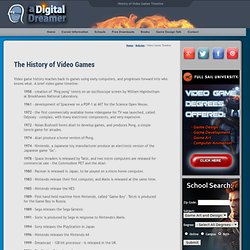 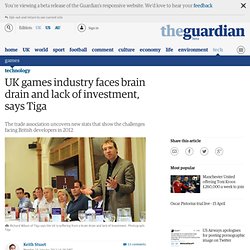 The organisation has just revealed the results of a survey conducted with over three-quarters of the country's games businesses. Its findings suggest the UK's games industry workforce shrank by over 10% between 2008 and 2011, with 41% of the employees lost between 2009 and 2011 relocating overseas – mostly to Canada, where tax breaks have heavily subsidised the domestic games industry.

Tiga has calculated that the loss of jobs in British games studios has seen the Exchequer receive nearly £100m less in tax revenues. For several years now, the trade body has been lobbying the government to provide the industry with targeted tax breaks in order to reduce the cost of game development in the UK and attract inward investment. The issue for Wilson, comes back to tax initiatives.

Chris Bateman. Chris Bateman is a philosopher, game designer and author, who has been funding his 'philosophy habit' by working in the digital games industry. 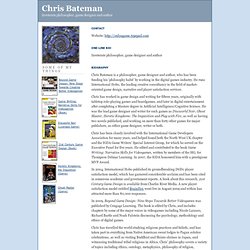 He runs International Hobo, the leading creative consultancy in the field of market-oriented game design, narrative and player satisfaction services. Chris has worked in game design and writing for fifteen years, originally with tabletop role-playing games and boardgames, and later in digital entertainment after completing a Masters degree in Artificial Intelligence/Cognitive Science. He was the lead game designer and writer for such games as Discworld Noir, Ghost Master, Heretic Kingdoms: The Inquisition and Play with Fire, as well as having two novels published, and working on more than forty other games for major publishers, as either game designer, writer or both. Ludology. The Ludologist. For theory! 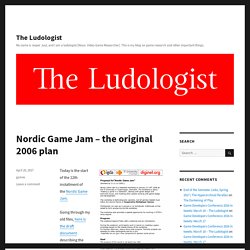 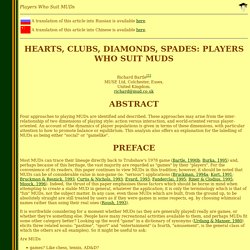 United Kingdom.richard@mud.co.uk Four approaches to playing MUDs are identified and described. Personality Types and Importance in Gamification. Personality types refers to the psychological classification of different types of individuals.[1] In relation to Gamification it is also commonly referred to as Player Type and is thought by many to be an important design consideration in the Gamification Process and Game Design. On Gamification.org we use the Bartle Test of Gamer Psychology types to classify Player Personality Types into four types: Achievers, Explorers, Socializers and Killers. We use these personality types to help classify Game Mechanics and Game Features to show what type of personality type would best like them. And the ball was square... History of Video Games - The First Electronical Game Ever Made?

The First "Electronic" Game Ever Made? Spacewar! - Original 1962 code on PDP-1 emulator. An Introduction to Game Studies. Schedule. Video Game Addiction – A Real Problem? A quick search on the internet for “video game addiction” brings up many results for clinics and organisations claiming treatment for the problem.

Utrecht: Utrecht University, 2003. This paper proposes a definition of games. I describe the classic game model, a list of six features that are necessary and sufficient for something to be a game.