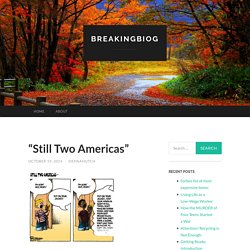 He shows how African Americans are still trapped in the horror of even stepping outside for fear of doing something “wrong” with contrasting a white child getting to go out with no fear and a black child with so much to be afraid of. Black lives matter. - Teaching Kids News. Note: This article is kid-friendly, but like any article dealing with difficult subjects it should be read with a trusted adult who can answer any questions that may arise. 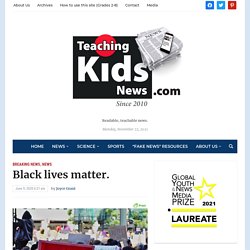 In the United States and many other countries around the world, people are protesting against the mistreatment of Black people, especially by (mostly white) police officers, whose job is to serve and protect them. Ava DuVernay on How '13th' Reframes American History. Really, it’s to give context to the current moment. 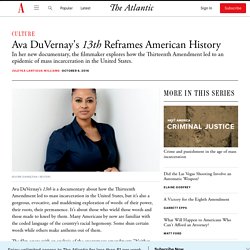 The current moment of mass criminalization, of incarceration as an industry, prison as profit, punishment as profit. And the current moment of the declaration that the lives of black people, our very breath, our very dignity, our very humanity, are valuable and matter to the world. The film is designed to get us to that point, and those three words are more than words. They are the very blood that runs within us. My hope is that this film has much of the beautiful art that’s coming out at this time, speaks to that in a way that is powerful, in a way that we can look back on and say this is how we felt.

What Hamlet can teach us about Black Lives Matter. Can Hamlet help us? 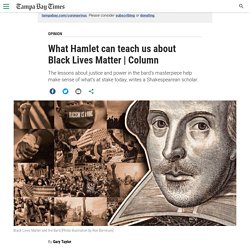 Could anything be more screamingly irrelevant, right now, than a play written 400-plus years ago, by an elite white male about the problems of elite white males? How Basquiat challenged police brutality through his art. A painter, poet and prodigy of the downtown New York art scene of the late 70s and 80s, Jean-Michel Basquiat is an icon. 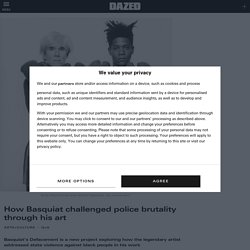 He was friends with Warhol, dated Madonna and donned those famous paint-splattered Armani suits. This is the image of Basquiat in the popular imagination, but there is more to the man, and indeed his work, than that. In fact, his art was deeply political – much more so than it’s usually given credit for – and that’s what New York-based writer and activist Chaédria LaBouvier is on a mission to show. Having loved Basquiat since her youth (her parents had several of his drawings hung up in her childhood home), she’s launched a new multimedia project exploring a work in which the artist addressed the issue of police brutality – around 30 years before Black Lives Matter and Ferguson. Officers march and kneel with protesters, creating dissonant images on fraught weekend of uprisings.

Image of Santa Cruz police chief, mayor kneeling packs a punch. What Is White Privilege, Really? Heartbreaking photo by Nathan Aguirre : Minneapolis. Artists Create a Mural Honoring George Floyd at the Site of His Murder. As protests against the murder of Minneapolis resident George Floyd continue, a group of local artists created a mural to commemorate the slain 46-year-old at the street corner where he was choked to death by a police officer on Monday, May 25. 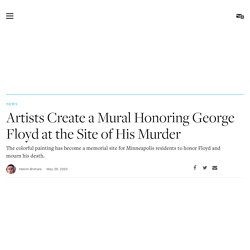 “I can’t breathe,” Floyd pleaded with the four officers who arrested him on Monday morning as he was handcuffed and pinned to the ground. One of the officers, Derek Chauvin, was recorded on camera pressing his knee over Floyd’s neck until the unarmed man stopped moving and needed to be delivered to a hospital. Floyd was declared dead at 9:25pm that day. The four officers who were involved in his arrest were fired on Tuesday.

Since, mass protests have erupted in Minneapolis and across the country as protesters demand the court system and government bring Chauvin to justice and address the issue of police brutality against Black citizens. Activists are begging people to stop posting George Floyd video - Insider. A video depicting a white Minneapolis police officer kneeling on George Floyd's neck before Floyd died in police custody went viral on social media. 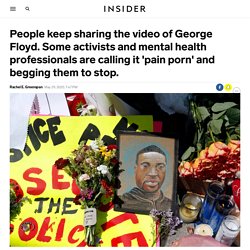 While many believe they're helping spread awareness of police brutality and racism in the US by sharing the video, some activists and mental health professionals say the clip is traumatic for the black community. Kareem Abdul-Jabbar reflects on George Floyd protests. What was your first reaction when you saw the video of the white cop kneeling on George Floyd’s neck while Floyd croaked, “I can’t breathe”? 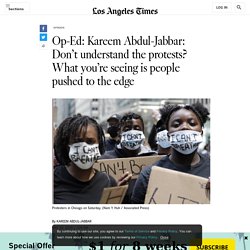 If you’re white, you probably muttered a horrified, “Oh, my God” while shaking your head at the cruel injustice. If you’re black, you probably leapt to your feet, cursed, maybe threw something (certainly wanted to throw something), while shouting, “Not @#$%! Again!” Then you remember the two white vigilantes accused of murdering Ahmaud Arbery as he jogged through their neighborhood in February, and how if it wasn’t for that video emerging a few weeks ago, they would have gotten away with it. And how those Minneapolis cops claimed Floyd was resisting arrest but a store’s video showed he wasn’t.

Maybe you also are thinking about the Karen in Central Park who called 911 claiming the black man who asked her to put a leash on her dog was threatening her.