Timeline: 100 days of genocide. Some 800,000 Rwandans, mainly Tutsis, were murdered in a 100-day period following the killing of the Hutu president of Rwanda, Juvenal Habyarimana. 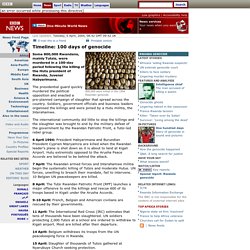 The presidential guard quickly murdered the political opposition and enacted a pre-planned campaign of slaughter that spread across the country. Soldiers, government officials and business leaders organised the killings and were joined by a Hutu militia, the Interahamwe. The international community did little to stop the killings and the slaughter was brought to end by the military defeat of the government by the Rwandan Patriotic Front, a Tutsi-led rebel group. 100 Days Of Slaughter. Rwanda - life after the genocide. "I saw people set houses on fire and commit murders – it is very difficult to get these images out of my head," D'Artagnan Habintwali said. 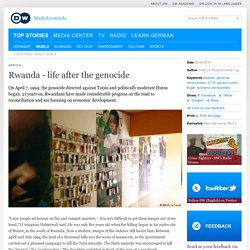 He was only five years old when the killing began in his native city of Butare, in the south of Rwanda. Now a student, images of the violence still haunt him. Between April and July 1994, the land of a thousand hills was the scene of massacres, as the government carried out a planned campaign to kill the Tutsi minority. The Hutu majority was encouraged to kill the "inyenzi," the "cockroaches. " The slaughter unfolded in front of the eyes of a paralyzed international community. 20 years after the genocide, Rwanda is a beacon of hope. In July 1994 Rwanda was a shell of a nation. 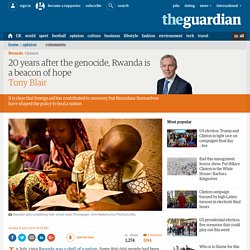 Some 800,000 people had been killed, over 300 lives lost every hour for the 100 days of the genocide, and millions more displaced from their homes. Its institutions, systems of government, and trust among its people were destroyed. There was no precedent for the situation it found itself in: desperately poor, without skilled labour and resources, and the people demoralised and divided. Very few expected the country to achieve more than high levels of sympathy. MLA Formatting and Style Guide.

Summary: MLA (Modern Language Association) style is most commonly used to write papers and cite sources within the liberal arts and humanities. 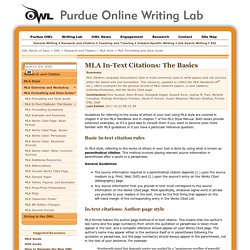 This resource, updated to reflect the MLA Handbook (8th ed.), offers examples for the general format of MLA research papers, in-text citations, endnotes/footnotes, and the Works Cited page. Contributors:Tony Russell, Allen Brizee, Elizabeth Angeli, Russell Keck, Joshua M. Titled. By 1994, Rwanda’s population stood at more than 7 million people comprising three ethnic groups: the Hutu (who made up roughly 85% of the population), the Tutsi (14%) and the Twa (1%). 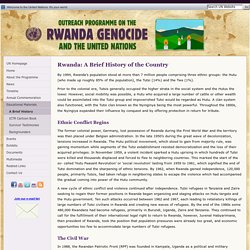 Prior to the colonial era, Tutsis generally occupied the higher strata in the social system and the Hutus the lower. However, social mobility was possible, a Hutu who acquired a large number of cattle or other wealth could be assimilated into the Tutsi group and impoverished Tutsi would be regarded as Hutu. A clan system also functioned, with the Tutsi clan known as the Nyinginya being the most powerful. Throughout the 1800s, the Nyingiya expanded their influence by conquest and by offering protection in return for tribute. 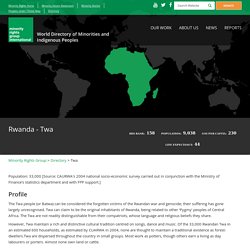 Profile The Twa people (or Batwa) can be considered the forgotten victims of the Rwandan war and genocide; their suffering has gone largely unrecognised. Twa can claim to be the original inhabitants of Rwanda, being related to other ‘Pygmy' peoples of Central Africa. Rwanda’s high-tech future: 20 years after genocide, the nation aspires to be a tech hub. Photo by Edward Echwalu/Reuters Almost 20 years have passed since the 1994 Rwandan genocide, when politicians, doctors, miners, merchants, and farmers killed about 800,000 of their fellow politicians, doctors, miners, merchants, and farmers in the East African nation of just 12 million. 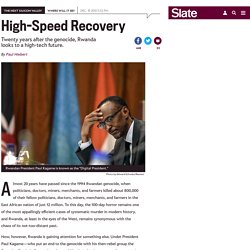 To this day, the 100-day horror remains one of the most appallingly efficient cases of systematic murder in modern history, and Rwanda, at least in the eyes of the West, remains synonymous with the chaos of its not-too-distant past. Now, however, Rwanda is gaining attention for something else. Under President Paul Kagame—who put an end to the genocide with his then-rebel group the Rwandan Patriotic Front when the world hesitated to intervene—the country's GDP has grown by an average of just over 8 percent every year since 2001, raising a million people out of poverty. Rwanda Genocide documentary. Rwanda genocide: 100 days of slaughter. Image copyright AFP In just 100 days in 1994, some 800,000 people were slaughtered in Rwanda by ethnic Hutu extremists. 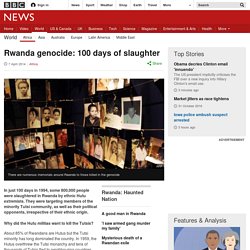 They were targeting members of the minority Tutsi community, as well as their political opponents, irrespective of their ethnic origin. Why did the Hutu militias want to kill the Tutsis? About 85% of Rwandans are Hutus but the Tutsi minority has long dominated the country.