Elite Book: The Palace of Lost Memories. From the author of the USA Today bestselling GLASS AND STEELE series comes this captivating new fantasy featuring court intrigue, power struggles, a strong heroine, and a slow-burn romance. 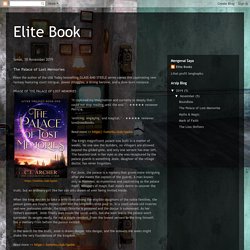 "It captured my imagination and curiosity so deeply that I could not stop reading until the end. " ~ ★★★★★ reviewer Patricia. "enticing, engaging, and magical. " ~ ★★★★★ reviewer love2readbooks. Read more >> The king's magnificent palace was built in a matter of weeks. No one saw the builders, no villagers are allowed beyond the gilded gate, and only one servant has ever left. Elite Book: Myths & Magic. USA Today Bestselling author, W.J. 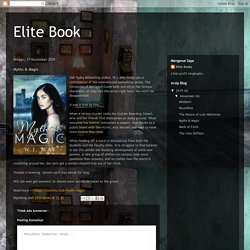 May brings you a continuation of the international bestselling series, The Chronicles of Kerrigan! Come back and enjoy the famous characters, or step into the series right here. You won't be disappointed! It was a trial by fire… When a vicious murder rocks the Guilder Boarding School, Aria and her friends find themselves on shaky ground. While fending off a ward of accusations from both the students and the faculty alike, Aria struggles to find balance in her life amidst the shocking development of some new powers. Trouble is brewing. Will she ever get answers? Read more >> Elite Book: Mark of Faith. An Adepta Sororitas novel In the wake of the war for Ophelia VII, Battle-Sister Evangeline of the Order of Our Martyred Lady embarks on a crusade into the darkness that lies beyond the Great Rift, seeking vengeance and revelation, but surviving the journey will only be the first and most simple test of her faith. 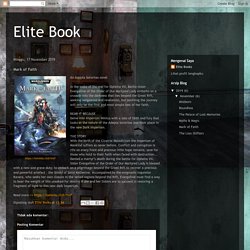 READ IT BECAUSE Delve into Imperium Nihilus with a tale of faith and fury that looks at the nature of the Adepta Sororitas and their place in the new Dark Imperium. THE STORY With the birth of the Cicatrix Maledictum the Imperium of Mankind suffers as never before. Conflict and corruption is rife on every front and precious little hope remains, save for those who hold to their faith when faced with destruction... Read more >> Elite Book: The Lion Shifters. Shifts happen. 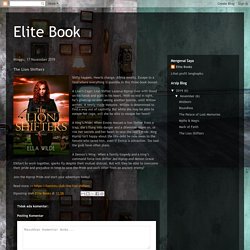 Hearts change. Africa awaits. Escape to a land where everything is possible in this three-book boxset. A Lion’s Cage: Lion Shifter Lazarus Kiprop lives with blood on his hands and guilt in his heart. With no end in sight, he’s given up on ever seeing another sunrise, until Willow arrives. A King’s Pride: When Emma rescues a lion Shifter from a trap, she’s flung into danger and a dilemma: move on, or risk her secrets and her heart to save the lion’s Pride. A Demon’s Wing: When a family tragedy and a king’s command force lion shifter Jed Kiprop and demon Grace Elkhart to work together, sparks fly despite their mutual distrust. Join the Kiprop Pride and start your adventure today! 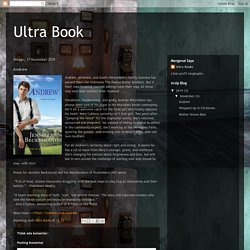 But if their matchmaking younger siblings have their way, all three may soon bear another title: husband . . . Handsome, hardworking, and godly, Andrew Petersheim has always been sure of his place in his Wisconsin Amish community. He’ll be a welcome catch for the local girl who finally captures his heart. Mary Coblenz certainly isn’t that girl. Two years after “jumping the fence” for the Englischer world, she’s returned, unmarried and pregnant.

For all Andrew’s certainty about right and wrong, it seems he has a lot to learn from Mary’s courage, grace, and resilience. Praise for Jennifer Beckstrand and her Matchmakers of Huckleberry Hill series “Full of kind, sincere characters struggling with the best ways to stay true to themselves and their beliefs.” “A heart-warming story of faith, hope, and second chances. Read more >> Ultra Book: Wrapped Up In Christmas. Ultra Book: Mother Knows Best. A mother's worst nightmare, a chance at redemption, and a deadly secret that haunts a family across the generations. 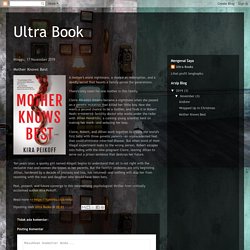 There's only room for one mother in this family. Claire Abrams's dreams became a nightmare when she passed on a genetic mutation that killed her little boy. Now she wants a second chance to be a mother, and finds it in Robert Nash, a maverick fertility doctor who works under the radar with Jillian Hendricks, a cunning young scientist bent on making her mark--and seducing her boss. Claire, Robert, and Jillian work together to create the world's first baby with three genetic parents--an unprecedented feat that could eliminate inherited disease. But when word of their illegal experiment leaks to the wrong person, Robert escapes into hiding with the now-pregnant Claire, leaving Jillian to serve out a prison sentence that destroys her future. Past, present, and future converge in this mesmerizing psychological thriller from critically acclaimed author Kira Peikoff. Read more >>