Kamehameha RP. Advantages and Disadvantages of Aquaponics - aquapanaponics. We covered this briefly during the early part of our research phase but I though it would be good to provide some additional detail and opinion now that we have researched aquaponics in greater depth and have some personel experience. 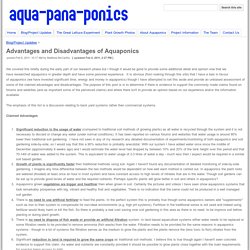 It is obvious (from looking through this site) that I have a bais in favour of aquaponics (we have invested significant time, energy and money in aquaponics) though I have attempted to set this aside and provide an unbiased assessment of some of the claimed advantages and disadvantages. The purpose of this post is is to determine if there is evidence to support the commonly made claims found on forums and wedsites (and as important some of the perceived claims) and where there isn't to provide an opinion based on our experience and/or the information available. The emphasis of this list is a discussion relating to back yard systems rather then commercial systems. Claimed Advantages Claimed Disadvantages: ScribdViewer. Aware. A Manure Management System using the Black Soldier Fly D. 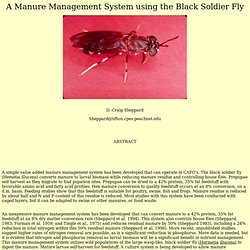 Craig Sheppard Sheppard@tifton.cpes.peachnet.edu A simple value added manure management system has been developed that can operate in CAFO's. The black soldier fly (Hemetia illucens) converts manure to larval biomass while reducing manure residue and controlling house flies. An inexpensive manure management system has been developed that can convert manure to a 42% protein, 35% fat feedstuff at an 8% dry matter conversion rate (Sheppard et al. 1994). Manure is the principal food of many insects in nature, especially larval flies. Soldier fly larvae have been fed experimentally to several animals, with larvae or prepupae used to replace soybean or fish meal in a formulated diet. Table 1. Sustainable Tilapia food? Now this topic I can definately help with ,, I have a farm in Thailand that i set up and my brother-in-law runs for me. 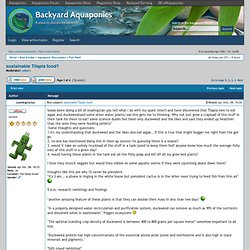 Last season we collected just under 10,000 kg of Tilapia.Don't think I'm a rich euntrepenuer , LOL , we actually made a small loss:( Ok , yes Tilapia are extremely good at filtering algie from the water , they have special gill rakes to do this. Poorer farmers often just use the "green water" method ,, no feed pellets, they usually hang bags of fertiliser in the water and get an algal bloom going.Using the green water methos Tilapia take some 18 months to get to preferred market size. Raising tilapia food.

From what I see duckweed need space... they don't need a whole lot of depth, but space is a problem since one of the main component of aquaponics is space saving... you will not be able to feed them enough duckweed unless you have space. 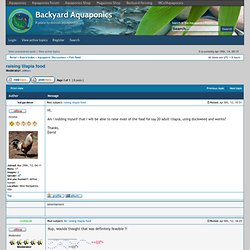 Someone came up with the design using clear plastic and stack up the duckweed tray, but no one have really tried it yet. Another problem with duckweed is mosquito, apparently this is a little dangerous for human... so if you go with the duckweed route, have something that can prevent this. 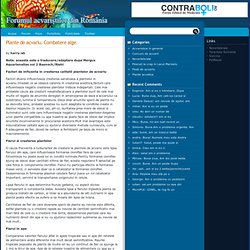 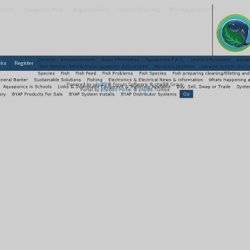 Preventing and Treating Iron Chlorosis in Trees and Shrubs - Forestry - forestry.usu.edu. Popular trees in Utah and throughout the interior West that have serious iron chlorosis problems and should be avoided in high pH soils are silver maple (Acer saccharinum) and quaking aspen (Populus tremuloides). 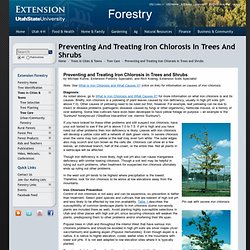 Even though aspen is a native, it is native to higher elevation, cooler, wetter sites in the mountains with lower soil pHs. It is not well adapted to low elevation sites where it is typically planted. Even trees that do well on soils with a moderately high pH, like Norway maple (Acer platanoides) and Scotch or Scots pine (Pinus sylvestris), can show chlorosis on especially bad sites.

If such trees start to show chlorosis, the problem tends to get worse over the years as carbonates build up in the soil from irrigation. If a tree is young and constantly chlorotic consider removing it and planting a better-adpated species. Eliminating Ferric Iron from Well Water. After digging our well, we had the water tested for over a hundred different possible problems; the good news is that it had only two deficiencies. 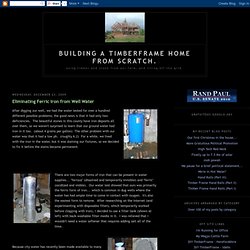 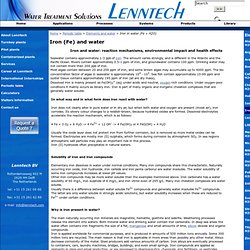 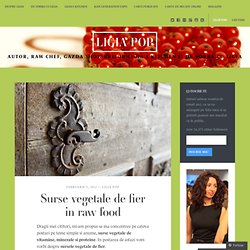 Kitchen Aquaponics: Initial Setup (1/2) E@rth´s first system. E@rth wrote: DrLuke wrote: TCLynx wrote: isn't it wonderful how aquaponics often thrives on such little attention. Until the bugs move in. We did not have to share much of the veggies with the bugs , I wish I could get the fish to eat bugs though, they much preferre the fish food and are very Antisocial , they tend to hang out at the bottom of the tank and only feed when I leave the area!

Lista alimentelor bogate in fier. Fierul este un element esential pentru sanatatea organismului tau, el avand rolul de a oxigena sangele, de a forma hemoglobina si de a sustine dezvoltarea sistemului imunitar. Worms in grow beds-good or bad. Composting Worms happily live in well oxygenated water. I've found them in pump baskets. Now if agriculturists are saying worms are bad, they might be talking about other kinds of worms. However, there are also some AP operations out there that are cautioning people against worms. Granted, these operations are primarily raft aquaponics so I'm not even sure why they make such a big deal about it since it isn't like you are going to go introducing tons of worms if you have no media to put them in.