Microsoft's $7.5 billion Bethesda deal has been approved by the EU. Microsoft's purchase of ZeniMax Media, the parent company of game developer Bethesda, is nearing the finish line. 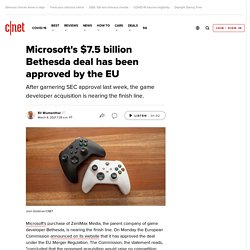 On Monday the European Commission announced on its website that it has approved the deal under the EU Merger Regulation. The incredible physics behind quantum computing. MICHIO KAKU: Years ago, we physicists predicted the end of Moore's Law, which says a computer power doubles every 18 months. 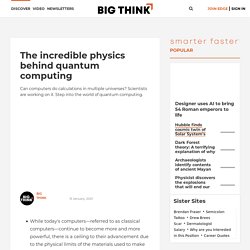 But we also, on the other hand, proposed a positive program—perhaps molecular computers, quantum computers can take over when silicon power is exhausted. In fact, already we see a slowing down of Moore's Law. Computer power simply cannot maintain its rapid exponential rise using standard silicon technology. The two basic problems are heat and leakage. That's the reason why the age of silicon will eventually come to a close. VERN BROWNELL: I refer to today's computers as classical computers.

BRIAN GREENE: A quantum computer is a device, a technological device that in principle would harness the full capacity of quantum mechanics, to undertake calculations that a standard computer would be absolutely unable to achieve. LAWRENCE KRAUSS: Let me briefly describe the difference between a quantum computer and a regular computer at some level. The crypto market is now worth more than $1 trillion. The combined value of all major cryptocurrencies has exceeded $1 trillion for the first time since their arrival on the scene in 2009. 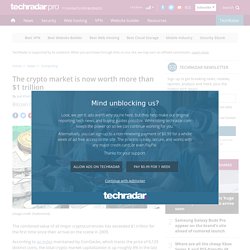 According to an index maintained by CoinGecko, which tracks the price of 6,129 distinct coins, the total crypto market capitalization is up roughly 8% in the last 24 hours and has now outstripped the previous high of $760 billion by a significant margin. The world’s first and most famous cryptocurrency, Bitcoin, is responsible for 67.7% of the market’s value, followed by the currency of the Ethereum network (ETH) at 13.3%. Check out our list of the best Bitcoin wallets out thereWe've built a list of the best Bitcoin exchanges right nowHere's our list of the best mining rigs on the market The arrival at this new milestone can be attributed in large part to the spectacular rise in the price of Bitcoin in recent months, although groundswell has also seen many altcoins appreciate in price.

Microsoft gives Excel cells a third dimension with Power BI data types. Since 1987, Excel has let you input numbers, text, and formulas into a two-dimensional grid. 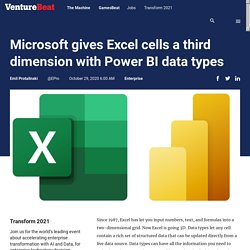 Now Excel is going 3D: Data types let any cell contain a rich set of structured data that can be updated directly from a live data source. Data types can have all the information you need to write formulas, create charts, sort, filter, and make decisions based on data that Excel fetches for you. Forget having to manually go back to the original source and input everything into the grid. Microsoft has been testing this functionality for a while, but in a limited capacity. In March 2018, Microsoft gave Excel its first two data types: Geography powered by Bing and Stocks powered by Refinitiv. “At the end of the day, Excel is a development environment,” Excel head of product Brian Jones told VentureBeat. Native Excel integration Power BI, Microsoft’s business analytics service, has over 250,000 customers. When you build reports or dashboards in Power BI, it’s these datasets that they are talking to. 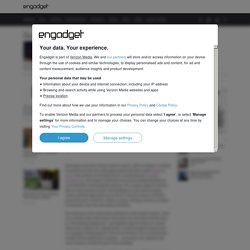 To enable Verizon Media and our partners to process your personal data select 'I agree', or select 'Manage settings' for more information and to manage your choices. It’s Official: NVIDIA To Acquire Arm For $40 Billion. Following a number of rumors and leaks, NVIDIA this evening announced that it is buying Arm Limited for $40 billion. 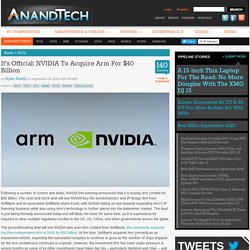 The cash and stock deal will see NVIDIA buy the semiconductor and IP design firm from SoftBank and its associated SoftBank Vision Fund, with NVIDIA taking an eye towards expanding Arm’s IP licensing business while also using Arm’s technology to further pierce into the datacenter market. The deal is just being formally announced today and will likely not close for some time, as it is expected to be required to clear multiple regulatory hurdles in the UK, US, China, and other governments across the globe. The groundbreaking deal will see NVIDIA take over Arm Limited from SoftBank, who previously acquired the then-independent Arm in 2016 for $32 billion. At the time, SoftBank acquired Arm primarily as an investment vehicle, expecting the successful company to continue to grow as the number of chips shipped on the Arm architecture continued to explode.