How to mix traditional and digital media. Shade, Light and Form Modeling. KIWI JUICE. . PACT - Professional Artist Client Toolkit. You grew up reading comics, playing video games, crawling through dungeons with your friends, and wanting to draw and paint all of the cool stuff that made up those fantastic worlds. 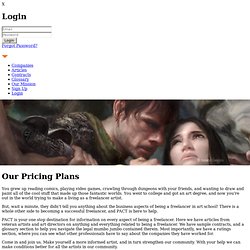 You went to college and got an art degree, and now you’re out in the world trying to make a living as a freelancer artist. But, wait a minute, they didn’t tell you anything about the business aspects of being a freelancer in art school! There is a whole other side to becoming a successful freelancer, and PACT is here to help. 10 things you probably didn't know you could do with ZBrush. As the industry standard in digital sculpting, ZBrush's toolset is flexible enough to allow it's users to choose a workflow that suits them best. 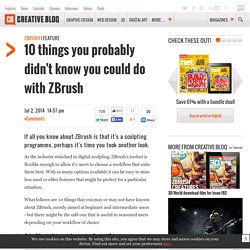 With so many options available it can be easy to miss less used or older features that might be perfect for a particular situation. What follows are 10 things that you may or may not have known about ZBrush, mostly aimed at beginner and intermediate users - but there might be the odd one that is useful to seasoned users depending on your workflow of choice. 01. Sketching ideas in PaintStop While Quicksketch mode may be more popular for roughing out ideas, ZBrush also has its own built in painting and drawing plug-in called 'PaintStop'. When launched you will be taken to a minimalist UI with Brush and Canvas settings along the top and the Brush types down the left hand side. Artist's toolbox! sur Pinterest. Art Fundamentals - Chapter 1 by Ioan Dumitrescu.

Photoshop CS5 Mixer Brush Tips and Tricks. (This is the first of two articles on the Mixer Brush that I've written. 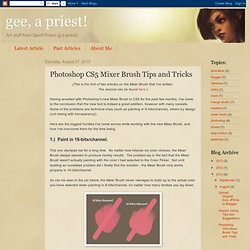 Introduction to Zbrush. ZBrush is THE digital sculpting application that first revolutionized the concept of ‘sculpting’ in the computer. 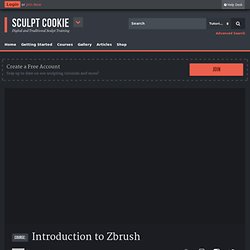 If you remember from last time; Index painting involves using "dirty" tools (tools which lay multiple colors at once) within a pre-defined indexed palette. 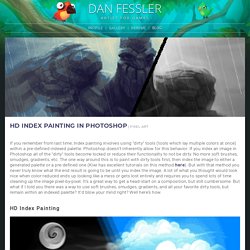 Photoshop doesn't inherently allow for this behavior. If you index an image in Photoshop all of the "dirty" tools become locked or reduce their functionality to not be dirty. No more soft brushes, smudges, gradients, etc. The one way around this is to paint with dirty tools first, then index the image to either a generated palette or a pre-defined one (Kiwi has excellent tutorials on this method here). But with that method you never truly know what the end result is going to be until you index the image. Composition. I arrived at the end of my search for the truth about the golden mean. 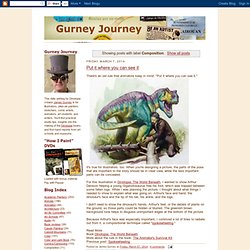 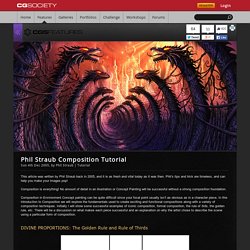 Eye Tracking and Composition, Part 3. (Note: This is the third and final part of a series of posts adapted from Imaginative Realism, Andrews McMeel, October, 2009). 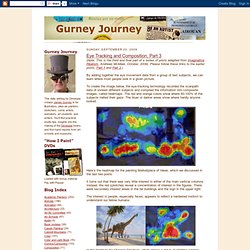 Please follow these links to the earlier posts, Part 1 and Part 2.) By adding together the eye movement data from a group of test subjects, we can learn where most people look in a given picture. To create the image below, the eye-tracking technology recorded the scanpath data of sixteen different subjects and compiled the information into composite images, called heatmaps. The red and orange colors show where 80-100% of the subjects halted their gaze. The bluer or darker areas show where hardly anyone looked. Character Design Zbrush to Photoshop - Part 1. Fibermesh Hair For Rendering. 1 – Here is the basemesh – the head we will be creating hair for. 2 – This tutorial is not about how to use Fibermesh, but for the uninitiated, simply mask out any areas which you would like to create hairs from. 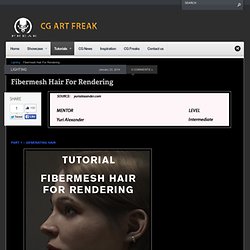 Speedpainting. This is a painting I did a while ago. 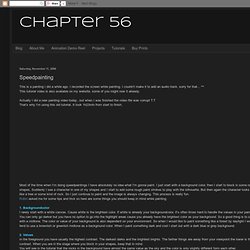 I recorded the screen while painting. /ic/ List of helpful Art links. PSG Art tutorial. Foreword I believe there is logic behind why a picture works or not. Sam Carr: Learning Resources. Ranger tutorial. Leslie van den broeck_z brush artist_Pinterest. Classes. Digital: Wield + Weld. Hello, everyone! Firstly, as a self-plug, I'd like to thank Anjin Anhut for mentioning me in this article about concept art. Though most of my activity is on tumblr now, I'm taking my blog out of retirement to post what, for many of you, will be a remedial tutorial about form. While it might not be overly academic, it is an honest account of my structural thought process.

Using photo reference correctly. Artist Selfies: Everybody's Doing It. I review a lot of portfolios. I tried to guesstimate and I probably reviewed about 750 portfolios in person alone last year, and that's leaving out all the samples I get mailed or websites I review. A lot of those reviews are from very green artists and students. When I'm reviewing a portfolio of someone who isn't ready to work for me yet, I still like to give them some feedback, some things to work on in the future. And one of the most frequent things I recommend is to start using better photo reference. The internet is a great resource, but often I can tell when someone used separate images for say, a figure's face, then a different one for hands, and another one for clothing. Starting to shoot reference very often brings a huge leap forward in the work of young artists, yet it's also the piece of advice I hear the most excuses about.

We'll explore form, planes and light on form. I'll guide you through making an object feeling 3 dimensional by indicating the elements of light on form - highlight, center light, halftones, core shadow, reflected light, cast shadow and occlusion shadow. How the local value of the object effects the tones. And how does intensity of light affect tones. In this Premium Lesson I describe my complete process of drawing a figure, step by step. Art Model Photos - Follow Proko:Facebook - - - - - Newsletter- *Music used with permission. Wrapping up 2012. Paint Bucket Resources.