World of Darkness - Medieval Setting? - Myth-Weavers. Putting Skyrim into a Tabletop RPG. I’ve been playing and enjoying Skyrim a great deal, as a great many people have. 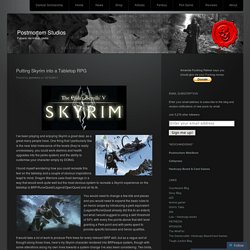 One thing that I particularly like is the near total irrelevance of the levels (they’re really unnecessary, you could work stamina and health upgrades into the perks system) and the ability to customise your character simply by DOING. Penny Arcade - Thornwatch. Last night I ran another Thornwatch play test. 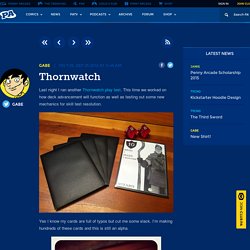 This time we worked on how deck advancement will function as well as testing out some new mechanics for skill test resolution. Yes I know my cards are full of typos but cut me some slack. I’m making hundreds of these cards and this is still an alpha. So Each character starts out with a 30 card deck. The idea is that as you adventure you can modify your deck by adding cards to it or replacing the ones you have.The max size of a deck is 60 cards but you don’t have to build it out that much if you don’t want to. The idea is that someone like a warrior might choose to add cards to his deck giving him a wide selection of attacks and powers while also essentially increasing his “HP”.

Penny Arcade - Thornwatch and Cryptozoic! Yesterday I had the chance to demo my Thornwatch game for some friends from Cryptozoic. 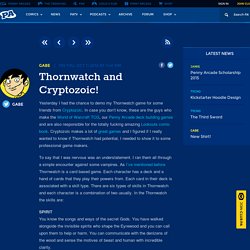 In case you don’t know, these are the guys who make the World of Warcraft TCG, our Penny Arcade deck building games and are also responsible for the totally fucking amazing Lookouts comic book. Cryptozoic makes a lot of great games and I figured if I really wanted to know if Thornwatch had potential, I needed to show it to some professional game makers.

Lookouts #6 - Comics by comiXology. Comics > Cryptozoic Entertainment Lookouts Lookouts #6 See what's inside How Subscriptions Work Based on a property by Mike Krahulik and Jerry Holkins, the creative minds behind the wildly popular Penny Arcade webcomic. 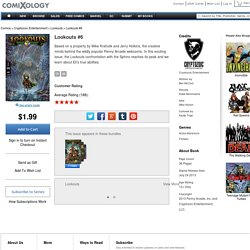 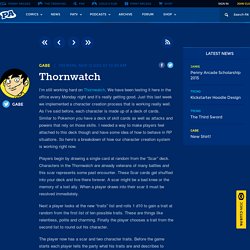 We have been testing it here in the office every Monday night and it’s really getting good. Just this last week we implemented a character creation process that is working really well. As I’ve said before, each character is made up of a deck of cards. Similar to Pokemon you have a deck of skill cards as well as attacks and powers that rely on those skills. I needed a way to make players feel attached to this deck though and have some idea of how to behave in RP situations. Players begin by drawing a single card at random from the “Scar” deck. Next a player looks at the new “traits” list and rolls 1 d10 to gain a trait at random from the first list of ten possible traits. The player now has a scar and two character traits. A Pack of Gnolls: Microlite74/D&D Adventure System Mashup: Innistrad. Okay, we got a lot going on here, and a lot of it is subject to change as I move forward with tweaking and gameplay, but here are the basics we'll be working with for the M74/D&D Adventure System Mashup set in the Magic: the Gathering plane of Innistrad. 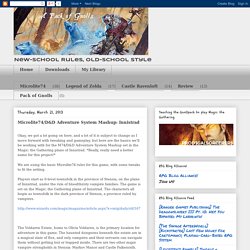 *Really, really need a better name for this project! * We are using the basic Microlite74 rules for this game, with some tweaks to fit the setting. Players start as 0-level townsfolk in the province of Stensia, on the plane of Innistrad, under the rule of bloodthirsty vampire families. The game is set on the Magic: the Gathering plane of Innistrad. The Voldaren Estate, home to Olivia Voldaren, is the primary location for adventure in this game. Player Characters 0-Level characters require 10 experience points (experience points, or XP, are explained below) to advance to 1st level, whereupon they gain a class. 0-Level Characters begin the game with the four basic attributes, determined by rolling 3d6 and arranged to taste. 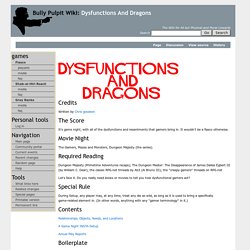 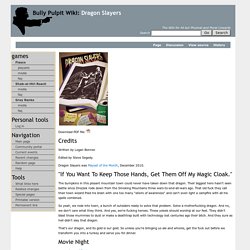 Edited by Steve Segedy. Dragon Slayers was Playset of the Month, December 2010. "If You Want To Keep Those Hands, Get Them Off My Magic Cloak. " The bumpkins in this pissant mountain town could never have taken down that dragon. So yeah, we rode into town, a bunch of outsiders ready to solve that problem. Keeping On The Borderlands - Bully Pulpit Games. 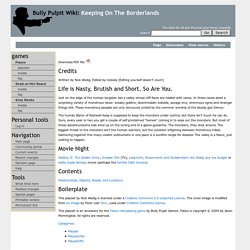 Edited by nobody (Editing yourself doesn’t count) Life is Nasty, Brutish and Short. So Are You. Just on the edge of the human kingdom lies a valley whose cliff faces are riddled with caves. The human Baron of Restwell Keep is supposed to keep the monsters under control, but there isn’t much he can do. Movie Night Hellboy II: The Golden Army; Invader Zim (TV); Labyrinth; Rosencrantz and Guildenstern Are Dead; any low budget or badly made fantasy movie (perhaps the terrible D&D movies). Contents Relationships, Objects, Needs, and Locations.