Samsung Exynos 1080 Vs Exynos 2100 Which is the Best Exynos Processor in 2021? Samsung Recently Announced Two new Flagship Mobile Processor packs with Industry-Leading innovations like New NPU, 5G Modem, and also they are based on 5nm architecture. 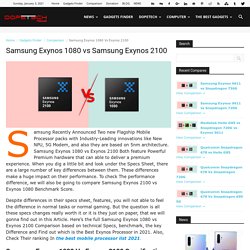 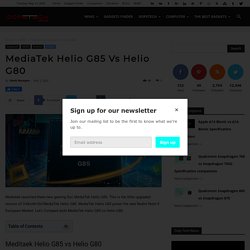 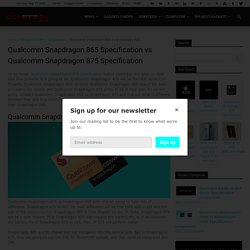 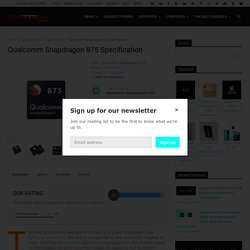 According to 91Mobiles Qualcomm Snapdragon 875 Specification leaked by their Reader. We don’t know how reliable the source is, but Qualcomm Snapdragon 875 Specs sheet looks promising. One Plus 8 Pro Review is this a True Flagship? Finally, the true One Plus Flagship is here is not just a High Price tag, of course, it is, but now I am talking about the experience, the smoothness premium feel. 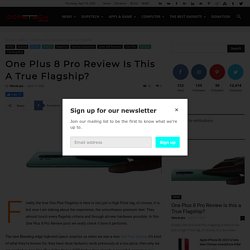 They almost touch every flagship criteria and through all-new hardware possible. In this One Plus 8 Pro Review post we really check it how it performs. The new Bleeding edge high-end specs surprise us when we see a new One Plus device. It’s kind of what they’re known for; they have done fantastic work previously at a low price, then why we are excited or new One Plus 8 Pro that is $200 higher than already a powerful, gorgeous One Plus 8.

Top 10 Best Earphones Under 500 In India April 2020. India is a price-conscious market everyone wants best in the low budget especially in electronics. 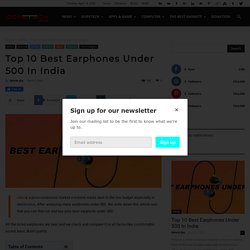 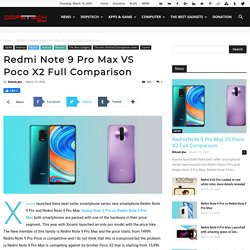 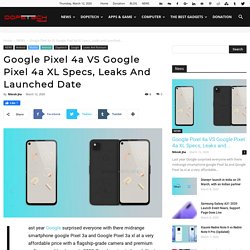 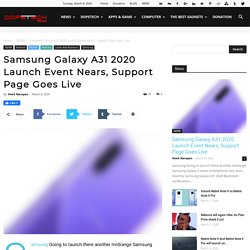 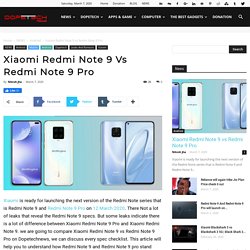 There Not a lot of leaks that reveal the Redmi Note 9 specs. Google Pixel 5XL image leaks and camera make you surprised. Google just change the smartphone camera game with google pixel Series that we saw on Apple iPhone 11 camera, newly launched Samsun Galaxy S20 Series all other company tries to make their camera as promising as Google Pixel camera have. But in Google Pixel 4 was not as promising as the previous Pixel was. The main problem with Google Pixel is that they have an ugly design(fires your whole design team), Small battery, screen. Google has the resources that it can build the best smartphone but they can’t or maybe the price tag is too high.

But Google makes lots of buzzes around there pixel and in 2020 they will launch Google Pixel 5 and Google Pixel 5xl. Today a render of Google Pixel 5xl images leaked with a huge camera bump, and 3 camera set up. Google Pixel 5 Render shows a unique looking glossy camera bump design and matt and soft touch on finish both the frames and the rear glass. Best processor for mobile? Snapdragon 865 Vs Exynos 990 Vs A13 Bionic Vs Kirin 990 5G.

At first glance, the smartphone is almost identical to the Motorola RAZR V3, first introduced in 2004, fifteen years ago. The branded chin now seems a bit smaller and houses a fingerprint scanner. Motorola recently sent out invites to a Motorola Razr launch Event on Wednesday, November 13. How to watch the Google Pixel 4 Live event in India. Samsung Launch Re-designed Samsung Galaxy Fold with major Fixes. The mythical Samsung Galaxy Fold has been redesigned and the Samsung believes that it is finally ready to launch. An official relaunch has not yet taken place, but Samsung took the opportunity to present its mobile phone before the official launch. and maybe Samsung will be the first company to launch a foldable smartphone to the masses and it’s a taste of the future.

We said the same in April when Samsung was preparing to launch the Galaxy Fold. Apple iPhone 11 sale start on September 20, Pre Order start 13. Apple will be Launching the New iPhone 11, iPhone 11 Pro and iPhone 11 Pro Max at a special event on 10 September in Steve jobs theater. According to a source major US carrier, start taking iPhone 11 pre-orders on September 13th. It’s Friday after the announcement, and it’s no surprise that Apple also starts accepting pre-orders at this point as it has been doing the same thing for years.

One Plus 7T Pro Specification. Samsung Galaxy Watch Active 2 Leaked in High-Resolution Render Image. Samsung Galaxy Note 10 vs Galaxy Note 10 Plus specs comparison. Google Launched another Social media called Google Shoelace – to ‘tie people together’ Samsung Galaxy Note10 and Galaxy Note10+ Renders Leaked, with a pink Samsung Watch Active2. Xiaomi Mi A3 specification and Image surface Online with Big Battery. Xiaomi Mi A3 retail box Live Image leaked that confirm specs and design. Earlier in the day, we had a gap in the Specs and in the rendering of the Xiaomi Mi A3 telling us what to expect from this smartphone. And now an anonymous tipster has sent us some pictures of the Mi A3 and its sales box confirming the key design and technical specifications of the phone. The white box confirms that the Xiaomi MI A3 will be available in blue and white.

On one of the pictures, however, the phone is also shown in black. The Xiaomi Mi A3 has a notched screen on the front and back and a vertical triple camera in the upper left corner. You can also see that the Xiaomi logo is in the lower-left corner of the back and the brand name is Android One on the right. The screen protector on the screen shows that it is powered by the Snapdragon 665 SoC and not the Snapdragon 730, as stated in previous reports. Additional features include a 6.08 “AMOLED display, a UD fingerprint reader and a 4030 mAh battery with an 18 W fast charge function.

Samsung Galaxy Note10 sale Going to start in South Korea from August 23. According to the Yonhap news agency, the Samsung Galaxy Note10 may be available in South Korean stores as of August 23, citing local airline insiders. Xiaomi teases Xiaomi Mi A3, and it going to be crazy good deal. Xiaomi launched the Xiaomi Mi A3 teaser campaign with a small price detail. He responded to a year long tweet that called the Mi A2 a “crazy bargain” and suggested that the new model would be even better. Xiaomi Redmi K20 and Redmi K20 Pro Alpha Sale (pre-order) on July 12 in India.

Apple launches Apple TV + to takes on Netflix with Apple exclusive original shows, movies, and documentaries. Apple introduces Apple Card, a virtual credit card and a Titanium card for Apple Pay users. Apple iPad Pro goes on sale in the US, up to $200 off. Best Phone Under 10000 in India February 2019. Huawei launches Enjoy 9s and Enjoy 9e exclusively for the Chinese market. Sharp foldable smartphone leaked online in 3D renders.