Connecting Syria's allies and enemies - Interactive. Restraining Order - By Marc Lynch. It now seems virtually inevitable that the United States will be launching a military strike against the Syrian regime in response to its alleged use of chemical weapons. The contours of this planned strike seem increasingly clear, as well: several days of bombing of military targets and perhaps chemical weapons facilities. That means it should look a lot like Operation Desert Fox, the December 1998 airstrikes against alleged Iraqi weapons of mass destruction (WMD) sites, and not like the actions against Kosovo or Libya.

The rumored air strikes would drag the United States across a major threshold of direct military involvement, without any serious prospect of ending the conflict or protecting Syrian civilians (at least from non-chemical attacks). They likely would not accomplish more than momentarily appeasing the whimsical gods of credibility. The attack would almost certainly lack a Security Council mandate. But it could be worse. Al Jazeera Arabs' History - A People's History. Know Your News! Understanding the Syrian Revolution in Under 4 Minutes. The professionalisation of revolution in Syria. Stop Syrian surveillance. Privacy Policy Last modified: November 11, 2011 This Privacy Policy is continually under review to ensure your privacy and security. 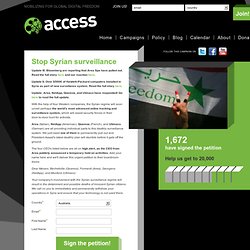 This website, (the “Site”) is operated by Access (“We” or “Us”). We work hard to protect your privacy. When sanctions make things worse. Try to download Google Earth or Java from Syria and you'll be greeted with an approximation of the following message: "In compliance with US export laws, this product is not available for download in your country. 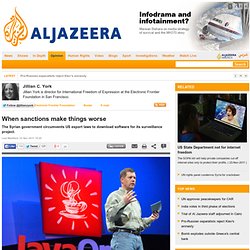 " A combination of regulations, from the US Treasury and Commerce Departments, place restrictions on the export of certain technologies to a number of countries, including Iran, Cuba, Sudan and Syria. But while the rules guiding exports to some of the countries have been fine-tuned in recent years to allow their use and download by civilians of communications technologies, Syria remains under a set of strict Commerce Department regulations. These regulations, in practice, prevent ordinary citizens from accessing a range of tools and services, including certain communication tools and web hosting. 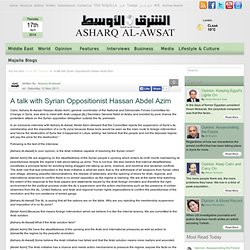 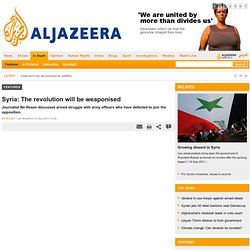 Operation Syrianon. Syria Attacks Protesters with Tanks, Naval Bombardment: "The Regime Has Made War Against the People" This is a rush transcript. 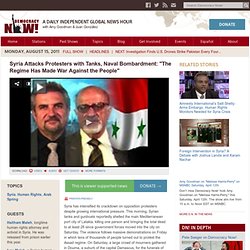 Copy may not be in its final form. AMY GOODMAN: We turn now to Syria, where the government has intensified its crackdown on opposition protesters despite growing international pressure. This morning, Syrian tanks reportedly shelled the main Mediterranean port city of Latakia, as President Bashar al-Assad broadened a military offensive to crush street protests against his rule. At least one person was killed in today’s attacks, according to activists, bringing the total killed to at least 28 since security forces moved into the city on Saturday. A Syrian military source denied as "absolutely baseless" media reports that Syrian gunboats shelled neighborhoods in Latakia.

Latakia has seen large anti-government protest since the Syrian uprising began in mid-March. Democracy Now! Technologies of Revolution. Only days ago, after finding a Jordanian friend's wall post to the March 24th facebook group, I found my way to the March Revolution's homepage. Protesters killed amid huge Syria protests - Middle East. Syrian democracy activists say security forces have killed as many as 11 civilians amid anti-government protests by more than one million people across the country. 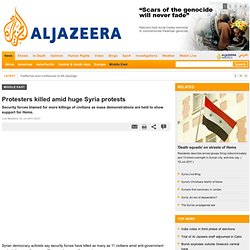 Five civilians were killed early on Friday in the central city of Homs, 165km north of Damascus, when tanks were deployed to halt ongoing protests, residents told the Reuters news agency. Syria Live Blog. US Senator John McCain has penned a blistering column for Russian media, telling the Russian people that their President Vladimir Putin is a dissent-quashing tyrant who "doesn't believe in you. 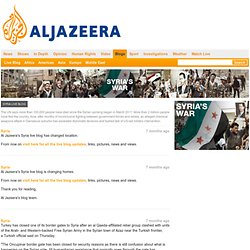 " The senior US politician, the 2008 Republican presidential nominee, accused Putin and his associates of rigging elections, imprisoning and murdering opponents, fostering corruption and "destroying" Russia's reputation on the world stage. European powers step up pressure on Syria - Middle East. European powers are increasing pressure on the UN Security Council to break its silence on events in Syria following a bloody government crackdown on pro-democracy protests in the country.

Britain, France, Germany and Portugal have circulated a draft resolution that would condemn the crackdown and demand an immediate end to the violence in Syria. However, the proposal falls short of calling for military action or further UN sanctions against the Syrian government. "Today in New York, Britain and France will be tabling a resolution at the Security Council condemning the repression and demanding accountability and humanitarian access," David Cameron, the British prime minister, said on Wednesday. "And if anyone votes against that resolution or tries to veto it, that should be on their conscience," he told parliament members.

SYRIA Live Stream. Democracy Now! On Facebook and Twitter, spreading revolution in Syria. Five years ago, Malath Aumran was a normal young Syrian man with little interest in politics and, like millions of his fellow countrymen, a passive supporter of the regime of President Bashar al-Assad. 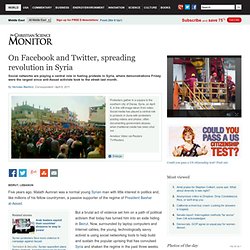 Skip to next paragraph Subscribe Today to the Monitor Click Here for your FREE 30 DAYS ofThe Christian Science MonitorWeekly Digital Edition. Tracking Twitter in Syria's Day of Rage. There is no geo-tagged tweeting coming out of Syria, but today we are anticipating solidarity rallies in many Arab cities which we are tracking on twitter. Beirut is the city closest to Syria, has the strongest ties, and has the most to gain or lose from the situation in Syria and we anticipate high tweeting the city today. Tahrir as the de facto Capital of the Jasmine Revolt and we would expect to see solidarity protests there after prayers. Syria's cyber revolution - video. Syria's Twitter spambots. As demonstrations rage on Arab streets, a different battle is happening on Twitter. 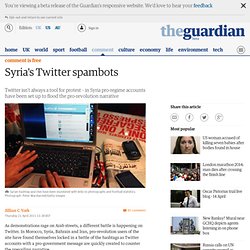 World news. Syria: Army in Deraa arrests 500 men. 3 May 2011Last updated at 00:03 Jordanians have rallied in a border town near Deraa as tanks and troops sealed off the area Syrian security forces killed 10 people and arrested 499 others in house-to-house raids in Deraa on Sunday, an army spokesman has said. Residents said men aged between 15 and 40 were being arrested, handcuffed and bussed to a detention centre. Later, police broke up a protest by a group of women in the capital Damascus. Amnesty accuses Syria of crimes against humanity. 6 July 2011Last updated at 10:37. 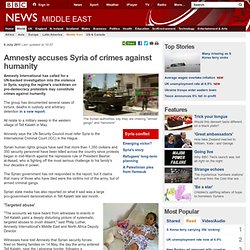