Robots will replace fast-food workers - May. 22, 2014. Restaurant industry backers warn that a sharp rise in wages would be counterproductive, increasing the appeal of automation and putting more workers at risk of job loss. 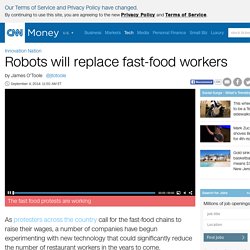 "Faced with a $15 wage mandate, restaurants have to reduce the cost of service," blared an ad in The Wall Street Journal last year from the Employment Policies Institute, which supports corporate interests. "That means fewer entry-level jobs and more automated alternatives -- even in the kitchen. " Other industry observers aren't so definitive, noting that it takes time to introduce new technology and that human interaction has always been a major component of the hospitality business. What's clear at least is that software and machines will play an increased role in our dining experiences going forward. Will California Wage Hikes Replace Workers With Machines? After Los Angeles passed an ordinance this summer to increase the minimum wage to $15 an hour by 2020, Richard LoGuercio spent the following weekend driving around a nearby city, looking for warehouses to move his business. 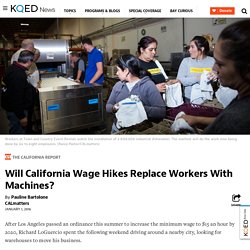 “I am just screwed,” said LoGuercio, owner and president of Town and Country Event Rentals in Van Nuys, which employs 450 people, more than half of whom earn between $10 to $13 an hour. Moving his shop to another county could help him escape the mandated wage increase. “Labor has kind of become our enemy, because it’s just so high,” he said. When the minimum wage goes up to $15 an hour, LoGuercio estimates his labor costs will increase by 62 percent. He says he fears his labor costs may rise even further because his more experienced workers will need to be paid more than a new employee. Minimum-wage offensive could speed arrival of robot-powered restaurants. Crowded. 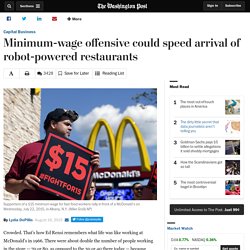 That’s how Ed Rensi remembers what life was like working at McDonald’s in 1966. There were about double the number of people working in the store — 70 or 80, as opposed to the 30 or 40 there today — because preparing the food just took a lot more doing. “When I first started at McDonald’s making 85 cents an hour, everything we made was by hand,” Rensi said — from cutting the shortcakes to stirring syrups into the milk for shakes. Over the years, though, ingredients started to arrive packaged and pre-mixed, ready to be heated up, bagged and handed out the window. 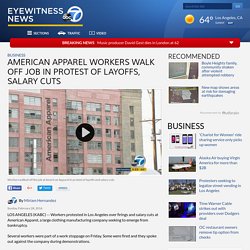 Several workers were part of a work stoppage on Friday. Some were fired and they spoke out against the company during demonstrations. What Happens to Society When Robots Replace Workers? The technologies of the past, by replacing human muscle, increased the value of human effort – and in the process drove rapid economic progress. 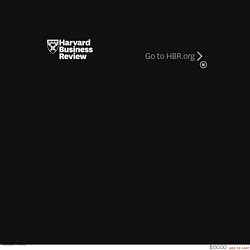 Those of the future, by substituting for man’s senses and brain, will accelerate that process – but at the risk of creating millions of citizens who are simply unable to contribute economically, and with greater damage to an already declining middle class. Estimates of general rates of technological progress are always imprecise, but it is fair to say that, in the past, progress came more slowly. Henry Adams, the historian, measured technological progress by the power generated from coal, and estimated that power output doubled every ten years between 1840 and 1900, a compounded rate of progress of about 7% per year. The reality was probably much less. For example, in 1848, the world record for rail speed reached 60 miles per hour. By contrast, progress today comes rapidly. Nine jobs that humans may lose to robots - Business - Careers. Are humans becoming obsolete in the workforce? 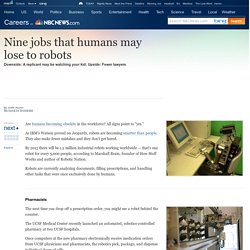 All signs point to "yes. " As IBM's Watson proved on Jeopardy, robots are becoming smarter than people. They also make fewer mistakes and they don't get bored. Robots replacing 50% of human jobs in next 20 years. Robots will play more and more important roles in our lives in the future, likely becoming essential components of our daily routines. 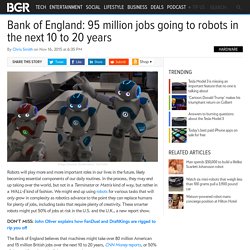 In the process, they may end up taking over the world, but not in a Terminator or Matrix kind of way, but rather in a WALL-E kind of fashion. We might end up using robots for various tasks that will only grow in complexity as robotics advance to the point they can replace humans for plenty of jobs, including tasks that require plenty of creativity. These smarter robots might put 50% of jobs at risk in the U.S. and the U.K., a new report show. DON’T MISS: John Oliver explains how FanDuel and DraftKings are rigged to rip you off The Bank of England believes that machines might take over 80 million American and 15 million British jobs over the next 10 to 20 years, CNN Money reports, or 50% of the workforce in each of the two countries.

“These machines are different,” the bank’s chief economist Andy Haldane said. Robots To Replace Five Million Jobs By 2020. 2020 is shaping up to be a big year for us: the U.S. 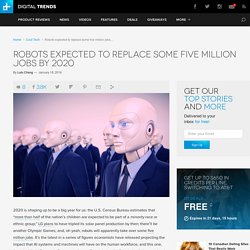