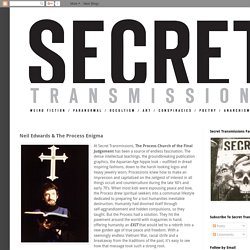 The dense intellectual teachings, the groundbreaking publication graphics, the Aquarian-Age hippie look – outfitted in dread inspiring fashions, down to the harsh looking logos and heavy jewelry worn. Processions knew how to make an impression and capitalized on the zeitgeist of interest in all things occult and counterculture during the late '60's and early 70's. When most kids were espousing peace and love, the Process drew spiritual seekers into a communal lifestyle dedicated to preparing for a lost humanities inevitable destruction. Humanity had doomed itself through self-aggrandizement and hidden compulsions, so they taught. But the Process had a solution. It all started when husband and wife Scientology members, Robert and Mary-Anne de Grimston, unhappy with L. Joseph Farrell on the Saudis, 911 and 28 Explosive Pages of Documents. There is an enormous controversy about 28 pages of documents about 911 that are being released as this show airs. 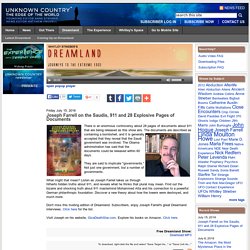 The documents are described as containing a bombshell, and it is generally accepted that they reveal that the Saudi government was involved. The Obama administration has said that the documents could be released within 60 days. Seeds of the bright green future: the ninth luciferin. Only Lovers Left Alive (2013) is one of my favourite films of this decade. 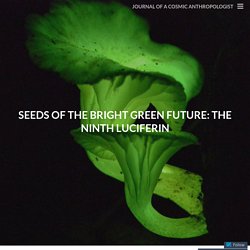 There’s one particular scene in it that’s stuck with me more than the others. You wouldn’t initially think it, but this art house vampire movie has a lot to say about the bright green future. “Look at that. Introduction to Emotionology - What is Emotionology™? 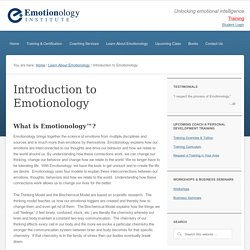 Emotionology brings together the science of emotions from multiple disciplines and sources and is much more than emotions by themselves. Emotionology explains how our emotions are interconnected to our thoughts and drive our behavior and how we relate to the world around us. Edward Kelly. (1555-1595 e.v.) by T. 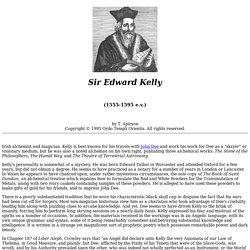 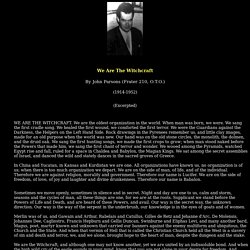 (Excerpted) WE ARE THE WITCHCRAFT. Horizontal History. Most of us have a pretty terrible understanding of history. 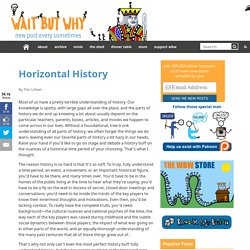 Our knowledge is spotty, with large gaps all over the place, and the parts of history we do end up knowing a lot about usually depend on the particular teachers, parents, books, articles, and movies we happen to come across in our lives. Without a foundational, tree-trunk understanding of all parts of history, we often forget the things we do learn, leaving even our favorite parts of history a bit hazy in our heads. Raise your hand if you’d like to go on stage and debate a history buff on the nuances of a historical time period of your choosing. That’s what I thought. The reason history is so hard is that it’s so soft. Cline, E.H.: 1177 B.C.: The Year Civilization Collapsed. (Hardcover) In 1177 B.C., marauding groups known only as the "Sea Peoples" invaded Egypt. 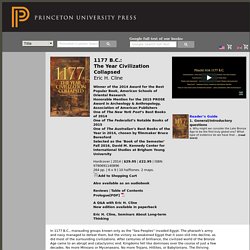 The pharaoh’s army and navy managed to defeat them, but the victory so weakened Egypt that it soon slid into decline, as did most of the surrounding civilizations. After centuries of brilliance, the civilized world of the Bronze Age came to an abrupt and cataclysmic end. Expanding Mind Archives. Alchemist, writer, and artist Brian Cotnoir talks about the Emerald Tablet, stereograms, the transformation of matter, and the alchemy of film. 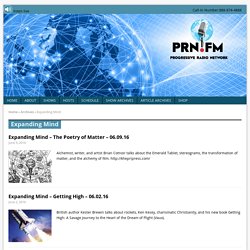 British author Kester Brewin talks about rockets, Ken Kesey, charismatic Christianity, and his new book Getting High: A Savage Journey to the Heart of the Dream of Flight (Vaux). Science fiction author and English prof David Gill talks about Star Wars, entropy, androids, and his new book of short stories In Time's Empire They Were All Slaves (Pravic SF Books). 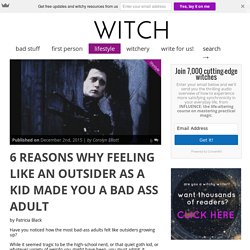 Neptune Retrograde – Patterns. Effective Dates: June 13 – November 20 2016. The Secret Sun: Stargates and Solar Temples, Part Three: Silenced Knights. Joseph DiMambro and The Solar Temple. The Daily Behemoth: Bad Santa (Part I) The Santa Massacre, here, horrific though it was, is not of those class of events we mainly concern ourselves with here, principally because of the high level of planning that contributed to its (ahem) successful execution. Black Easter. A shorter version of Black Easter was serialized as Faust Aleph-Null in If magazine, August–October 1967; the book edition retains the phrase as its subtitle.[2] Black Easter and its sequel were later published as a single volume under the title Black Easter and The Day After Judgement (1980); a 1990 edition from Baen Books was renamed The Devil's Day.

Background[edit] Plot summary[edit] Blackstar: the US space conspiracy that never was? Those among you who like their skies filled with black helicopters, or indeed secret space launch vehicles, might have already caught a quite remarkable March report in Aviation Week & Space Technology which claims that the US has successfully developed and tested a "two-stage-to-orbit system that could place a small military spaceplane in orbit" (see AWST pic, right). The spook system, deliciously dubbed "Blackstar", allegedly comprises a carrier vehicle (codename "SR-3" according to AWST), to which is docked a reusable spacecraft (XOV or "experimental orbital vehicle"). On 4 October, 1998, claims AWST, eyewitness James Petty of Salt Lake City saw "a small, highly swept-winged vehicle nestled under the belly of the XB-70-like aircraft.

The vehicle appeared to be climbing slowly on a west-southwest heading. The sky was clear enough to see both vehicles' leading edges, which Petty described as a dark gray or black color". Provocative stuff. Flight of the Valkyrie. North American XB-70 Valkyrie. The North American Aviation XB-70 Valkyrie is the prototype of the B-70 nuclear-armed, deep-penetration strategic bomber for the U.S. Air Force's Strategic Air Command. North American Aviation designed the Valkyrie bomber as a large, six-engined aircraft capable of reaching Mach 3+ while flying at 70,000 feet (21,000 m). Reynard. REH: Two-Gun Raconteur » Blog Archive » The Satanic Robert E. Howard, Part 1. On Advice. The Secret Sun. Magick in the Desert by Jeremy Sandler: Comics & Graphic Novels.

Wicked (1) I sense a theme. I've been reading a lot of blog posts, and comments to same, that highlight the seemingly intractable quality of current world problems.