...IS IT FRAU MERKEL THAT'S IN TROUBLE? OR EUROPE? I almost hesitate writing this blog today, because it is bound to be misunderstood by someone, somewhere. 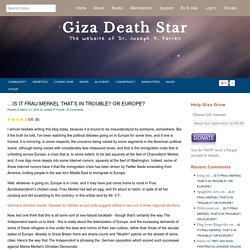 But if the truth be told, I've been watching the political debates going on in Europe for some time, and if one is honest, it is mirroring, in some respects, the concerns being voiced by some segments in the American political scene, although being voiced with considerably less measured tones, and that is the immigration crisis that is unfolding across Europe, a crisis that is, to some extent, to be laid squarely at the feet of Chancellorin Merkel, and, if one digs more deeply into some internet rumors, squarely at the feet of Washington.

Indeed, some of those internet rumors have it that the immigration crisis has been driven by Twitter feeds emanating from America, inviting people in the war-torn Middle East to immigrate to Europe. Germany election results: Disaster for Merkel as exit polls suggest defeat in two out of three regional elections. What Can We Learn From the Prolific Isaac Asimov? Explicit cookie consent. DMITRY KISELEV, anchor of Vesti Nedeli, a weekly television show, and Russia’s chief propagandist, has had much to say about victory in recent weeks. 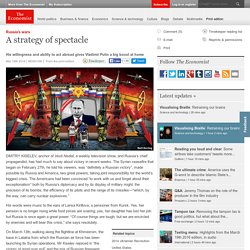 The Syrian ceasefire that began on February 27th, he told his viewers, was “definitely a Russian victory”, made possible by Russia and America, two great powers, taking joint responsibility for the world’s biggest crisis. Soulmates, Twin Flames and Kindred Spirits — What’s the Difference? Photo by: Cameron Gray Love. 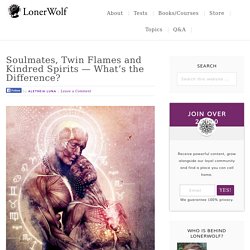 It exists within all people, places and things. It is inextricably linked to God or Spirit. It is the most powerful force in the universe. Why smart people are better off with fewer friends. Hell might actually be other people -- at least if you're really smart. 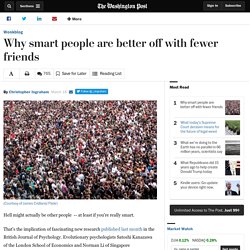 That's the implication of fascinating new research published last month in the British Journal of Psychology. Evolutionary psychologists Satoshi Kanazawa of the London School of Economics and Norman Li of Singapore Management University dig in to the question of what makes a life well-lived. While traditionally the domain of priests, philosophers and novelists, in recent years survey researchers, economists, biologists and scientists have been tackling that question. Kanazawa and Li theorize that the hunter-gatherer lifestyles of our ancient ancestors form the foundation for what make us happy now. "Situations and circumstances that would have increased our ancestors’ life satisfaction in the ancestral environment may still increase our life satisfaction today," they write.

First, they find that people who live in more densely populated areas tend to report less satisfaction with their life overall. The Secret Sun: Pop (Culture) Has Eaten Itself. A look at the 2011 top 20 grossing films in the US should send bolts of terror down the spine of any Hollywood mogul. 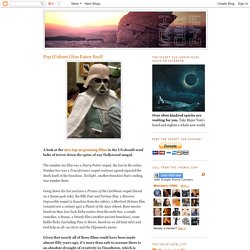 The number one film was a Harry Potter sequel, the last in the series. Number two was a Transformers sequel everyone agreed signaled the death knell of the franchise. The Yankee and Cowboy War, by Carl Oglesby - Entire Book - JFK Assassination Debate. The New Man of 4chan. “The first of our kind has struck fear into the hearts of America,” announced one commenter last year on the giddily offensive /r9k/ board of the notorious, anarchic site 4chan. 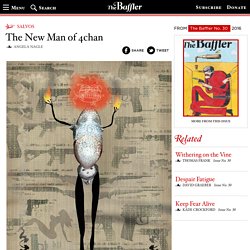 “This is only the beginning. The Beta Rebellion has begun. Soon, more of our brothers will take up arms to become martyrs to this revolution.” The post, dated October 1, was referring to the news that twenty-six-year-old Chris Harper-Mercer had killed nine classmates and injured nine others before shooting himself at Umpqua Community College in Roseburg, Oregon. The night before the shooting, an earlier post on /r9k/ had, in veiled but ominous terms, warned fellow commenters from the Northwestern United States that it would be a good idea to steer clear of school that day. Dirtiest Trick in the Book. Planetary Hours. Planetary Hours Calculator. 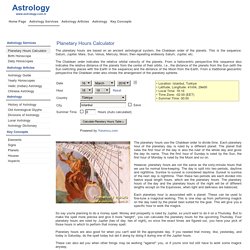 Rudolf Steiner: Accidental Shaman? – Occultum.net. November 22, 2015 The symbols of Freemasonry are chosen for a reason. 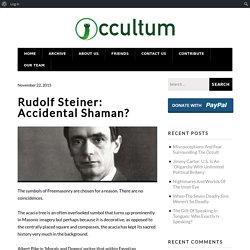 There are no coincidences. The acacia tree is an often overlooked symbol that turns up prominently in Masonic imagery but perhaps because it is decorative, as opposed to the centrally placed square and compasses, the acacia has kept its sacred history very much in the background. Albert Pike in ‘Morals and Dogma’ writes that within Egyptian mythology the acacia is the tree which grew up through the body of Osiris, thus revealing a subtle hint about the potential hidden reason for its association with the soul and higher states. (1.) Daily Message ~ Saturday March 12, 2016. Many of you would like to find a divine partnership, which we would describe as the highest vibrational relationship available to you at this time. 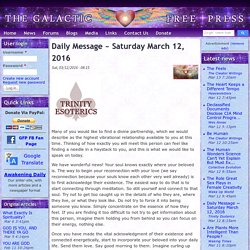 Thinking of how exactly you will meet this person can feel like finding a needle in a haystack to you, and this is what we would like to speak on today. We have wonderful news! Overconfidence Can Stunt Your Intellectual Growth, Study Says. A little confidence can be a very good thing. 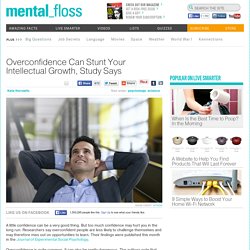 But too much confidence may hurt you in the long run: Researchers say overconfident people are less likely to challenge themselves and may therefore miss out on opportunities to learn. Their findings were published this month in the Journal of Experimental Social Psychology. Overconfidence is quite common. Blogos: The WMT - Occultism isn't dying, its just difficult. That Crawford Tillinghast should ever have studied science and philosophy was a mistake.

These investigations should be left to the cold and impersonal investigator for they offer two stark alternatives for the man of feeling and reason, despair, if he fail in his quest, and terrors, unutterable and unimaginable, if he succeed. H.P Lovecraft, From Beyond You can't measure the life or death of something by how popular it is. ''Occultism'' isn't dying its just extremely difficult so it has a lot of dropouts or people who flit from one one oh one to another. Scrying: How to Practice the Ancient Art of Second Sight (With Pictures) Scrying, also known by the names of hydromancy, crystal gazing and oculomancy, is the ancient art of revelation. Traditionally, scrying has been portrayed through the popular image of the psychic gazing over her crystal ball. But scrying, like all esoteric practices, is not about “seeing the future.” The future can’t be seen, it can only be speculated based on present moment information.

The word “scrying” actually comes from the Old English word descry which means “to make out dimly” or “to reveal.” Deep time, story, and Star.Ships — Aidan Wachter. This post really is just notes, things I am thinking about and seeing where they will lead. Archaic: From archaism ("ancient or obsolete phrase or expression") or from French archaïque, ultimately from Ancient Greek ἀρχαικός (arkhaikos, "old-fashioned"), from ἀρχαῖος (arkhaios, "from the beginning, antiquated, ancient, old"), from ἀρχή (arkhē, "beginning, origin"), from ἄρχω (arkhō, "I am first"). Via Wordsense.eu. 3_11-2016.03.07.22.11.archive. Rob Brezsny's Astrology Newsletter March 9, 2016 FreeWillAstrology.com DREAM AND SCHEME ABOUT YOUR LONG-RANGE FUTURE with my 3-part EXPANDED AUDIO HOROSCOPES for 2016.

My long-range, big-picture audio horoscopes for the coming months are still available -- for one more week. The 25 Best Free Android Apps. It’s time to load that Android-powered slab of glass and circuitry up with a heaping helping of download-worthy apps. Of course, it’s downright impossible to individually tickle everyone’s fancy, but there’s a little something for everyone here, from tools to time-wasters. We've focused on helping you get things done, live more efficiently, and unwind once it's time to cut loose. Cool Tools Teach Your Phone New Tricks Make your smartphone smarter (and more self-reliant) with Automate. The app lets you string series of events together based on your location, battery life, data usage, and hundreds of other conditions. Bargain-Basement Dropcam Got an old Android phone sitting in a drawer? Beam Your Coordinates Try Glympse if you need to share your location with someone for only a brief window of time—say, if you’re meeting friends for dinner or you’re at a big concert with a group of people.