Good Spellcasting Means Knowing When To Collapse. Safe Summoning Spells: A Guide To Contacting The Dead. FINANCIAL HANDS! Whats this on the worktable in front of my altar? 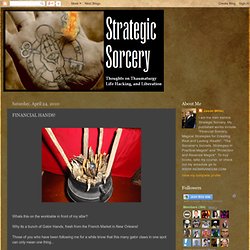 Why its a bunch of Gator Hands, fresh from the French Market in New Orleans! Do You Use The OTHER Triangle of Art? (Plus A Free Ebook) Why We Make Bad Decisions. How To Give Magical Advice. Energy and Magick – A Basic Treatise. The first myth about energy that must be dispelled is that it doesn’t exist. 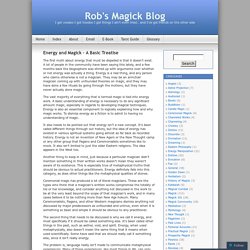 A lot of people in the community have been saying this lately, and a few months back the blogosphere was stirred up with arguments over whether or not energy was actually a thing. Energy is a real thing, and any person who claims otherwise is not a magician. They may be an armchair magician coming up with unfounded theories on magic, and they may have done a few rituals by going through the motions, but they have never actually done magic. The vast majority of everything that is termed magic is tied into energy work. A basic understanding of energy is necessary to do any significant amount magic, especially in regards to developing magical techniques. It also needs to be pointed out that energy isn’t a new concept. Chaos Magic. What is Rune Soup About? 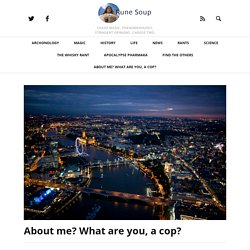 Rune Soup is about magic. Clearly that’s something of a broad church -perhaps the broadest- so if we were to take it down a level we could say Rune Soup is about practical sorcery, entheogens, synchronicities, UFOs, ‘alternative’ history, career guidance, graphic novels, the future of media, probability, divination. There’s even a post about Nicki Minaj here somewhere. There’s a strong chaos magic inflection to the whole thing because there is no part of me that is on trend or fashionable.

(My wardrobe looks like the lost and found box in a poorly-managed hospital.) Gordon looking at Mount Doom. Money. Cash. Hoes. While I certainly will not pretend that every entry here will be a pearl of wisdom that will better your lives, I am at least often amusing and occasionally informative. 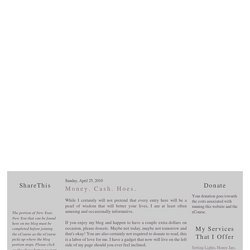 If you enjoy my blog and happen to have a couple extra dollars on occasion, please donate. Maybe not today, maybe not tomorrow and that's okay! You are also certainly not required to donate to read, this is a labor of love for me. I have a gadget that now will live on the left side of my page should you ever feel inclined. Where will your money go? Hannibal and Me: life lessons from history. Joseph Tainter As you know, The Hannibal Blog is fascinated by the issue of complexity in modern society. 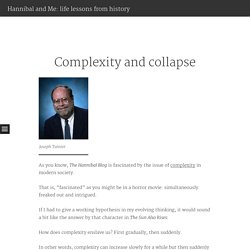 That is, “fascinated” as you might be in a horror movie: simultaneously freaked out and intrigued. If I had to give a working hypothesis in my evolving thinking, it would sound a bit like the answer by that character in The Sun Also Rises: How does complexity enslave us? First gradually, then suddenly. In other words, complexity can increase slowly for a while but then suddenly becomes catastrophic. Clay Shirky Clay Shirky, a new-media visionary whom you’ve met here before, takes another look at the fascinating work of Joseph Tainter (above), an anthropologist at Utah State University. Tainter’s 1988 book The Collapse of Complex Societies looked at the abrupt implosions of ancient Rome, the Mayas et cetera. How Often Do You Innovate? An Expert’s Guide To Spiritual Trespassing. Chaos magic gets fingered for a lot of crimes; superficiality, attention deficit disorder, handsomeness… But the biggest accusation is probably Grand Theft Mystico. 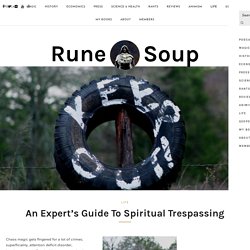 As I have mentioned elsewhere, I think this is a bit unfair because it relies on a “few bad apples” analysis. In a post-digital world we are all spiritual trespassers to some extent. It was only a couple of generations ago that merely opening a magical book and accidentally reading some of it was believed to run the risk of unleashing demons. Now I have (mostly) instant access the majority of history’s most notorious occult books on my phone. It is interesting to me that we can have broad agreement on magical tenets like elemental directions and the need for energy body work but very little in the way of guidelines when it comes to moving between traditions. And I don’t care what you say. The sensation is unmistakable. Beginning with an anecdote. An anecdote And she wanted me to call her mambo. 5 Shoaling Examples To Improve Your Magical Results. The Art of Non-Conformity.

The Octavo: A Definitive Review. Spare, Plans, and Sagan. BBC Culture Show included a piece last week on Austin Osman Spare, with Alan Moore and others discussing Spare as a person, artist, and magickian. 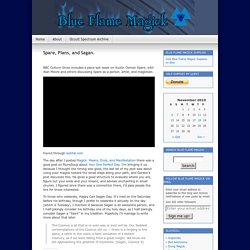 Found through lashtal.com The day after I posted Magick: Means, Ends, and Manifestation there was a good post on RuneSoup about Your One Perfect Day. I’m bringing it up because I thought the timing was good, the last bit of my post was about using your magick toward the small steps along your path, and Gordon’s post discusses this. He gives a good structure to evaluate where you are, figure out your ends and your means, and advises enchanting in small chunks. Summoning Spirits: Do You Play By The Rules? Do You Make These 5 Voodoo Mistakes? B is for Bottle Spells – Pagan Blog Project 2012. Before I identified as a “pagan” or a “neo-pagan” or an “animist” or as “goddess practitioner” or any of the other categories I’ve applied to myself over the years, I identified as a Witch. 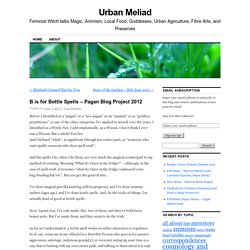 Not, I add emphatically, as a Wiccan. I don’t think I ever was a Wiccan. But a witch? You bet. And I defined “witch”, in significant (though not entire) part, as “someone who casts spells; someone who does spell-craft”. And the spells I do, when I do them, are very much the magical counterpart to my method of cooking. I’ve done magical guerilla knitting (still in progress), and I’ve done wammy-sachets (ages ago), and I’ve done bottle spells.

Now, I grant you, I’ve only made, like, two of them, and they’ve both been honey-pots. 10 Prosperity Magic Resources For Sorcerers and Possibly Method Actors. Confessions of a Pagan Soccer Mom. An All Purpose Candle Spell. This is a quick, uncomplicated ritual designed to be used for all positive purposes. 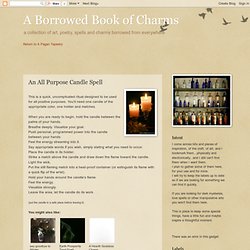 You'll need one candle of the appropriate color, one holder and matches. When you are ready to begin, hold the candle between the palms of your hands.Breathe deeply. Visualize your goal.Push personal, programmed power into the candle between your hands.Feel the energy streaming into it.Say appropriate words if you wish, simply stating what you need to occur.Place the candle in its holder.Strike a match above the candle and draw down the flame toward the candle.Light the wick,Put the still flaming match into a heat-proof container (or extinguish its flame with a quick flip of the wrist).Hold your hands around the candle's flame.Feel the energy.Visualize strongly.Leave the area, let the candle do its work. Ideomotor phenomenon. Ideomotor phenomenon is a psychological phenomenon wherein a subject makes motions unconsciously. 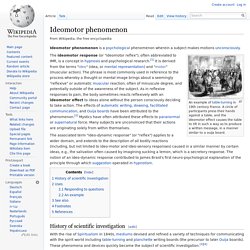 An example of table-turning in 19th century France. A circle of participants press their hands against a table, and the ideomotor effect causes the table to tilt in such a way as to produce a written message, in a manner similar to a ouija board. The ideomotor response (or "ideomotor reflex"), often abbreviated to IMR, is a concept in hypnosis and psychological research.[1] It is derived from the terms "ideo" (idea, or mental representation) and "motor" (muscular action). Safe Summoning Spells: A Guide To Contacting The Dead. An Expert’s Guide To Spiritual Trespassing. Dionysian Atavism. Hannibal and Me: life lessons from history. Good Spellcasting Means Knowing When To Collapse.