We Meant Well: How I Helped Lose the Battle for the Hearts and Minds of the Iraqi People by Peter Van Buren. Dark Threads of Immigration in America For those who say “This is not who we are,” well, look again. 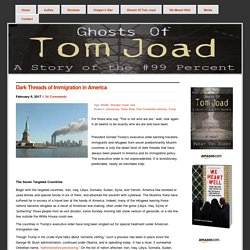 It all seems to be exactly who we are and have been.President Donald Trump’s executive order banning travelers, immigrants and refugees from seven predominantly Muslim countries is only the latest twist of dark threads that have always been present in America and its immigration policy. What Will Become of the Dirtbag Left? Felix Biederman, Matt Christman, and Will Menaker befriended each other on Twitter several years ago. 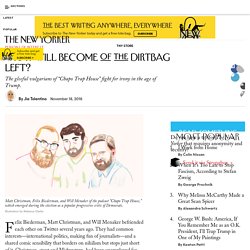 They had common interests—international politics, making fun of journalists—and a shared comic sensibility that borders on nihilism but stops just short of it. Christman, stout and Midwestern, had been unemployed for years, moving around the country with his wife, an academic librarian. Biederman was a freelance writer and mixed-martial-arts hobbyist in New York City. Menaker was an assistant editor at Liveright, an imprint of W. W. In February, they appeared together on “Street Fight Radio,” an “anarcho-comedy show,” to mock the Michael Bay war movie “13 Hours” for its bathetic moral kitsch. How Co-ops Can Make Infrastructure Great Again by Nathan Schneider.

Not many people I’ve known who lived through the Great Depression recall it fondly. 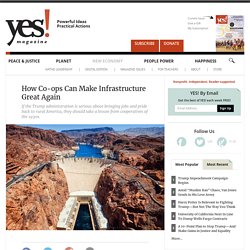 I suspect most of them would be perplexed to hear how Donald Trump’s chief strategist, Steve Bannon, described the new administration’s trillion-dollar infrastructure plan: “It will be as exciting as the 1930s.” Americans have accomplished some remarkable things in times of widespread economic disaster. Exciting or not, it’s true that Americans have accomplished some remarkable things, and created some inventive new options, in times of widespread economic disaster. Social Security, the Empire State Building, and the gorgeous stretch of California’s Highway 1 through Big Sur all date to that period. But one less-celebrated accomplishment might be particularly instructive if the Trump administration is serious about bringing jobs and pride back to left-behind parts of the country. Rural Americans took the matter into their own hands.

Community ownership can take a variety of forms. The Historical Task of the Left in the Present Period. Nothing like the title of this article has ever appeared in Dissent. 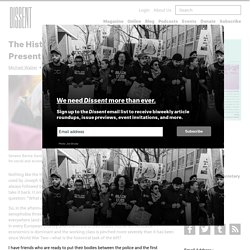 It is a line frequently used by Joseph Stalin, and according to all the transcripts of his speeches, it was always followed by “Prolonged Applause.” But this seems the right historical moment to take it back. It originally was the beginning of the sentence that came in response to the question: “What ought to be done?” The Rosicrucian Order, AMORC. The Alchemical Manuscript Series is a collection of rare, centuries-old alchemical material made available to English readers. 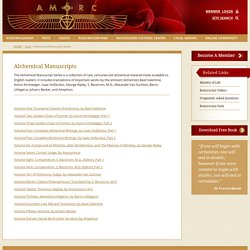 The Hidden Author of Putinism - The Atlantic. “I am the author, or one of the authors, of the new Russian system,” Vladislav Surkov told us by way of introduction. 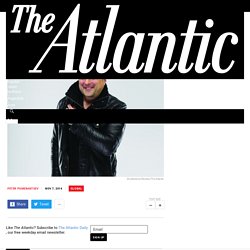 On this spring day in 2013, he was wearing a white shirt and a leather jacket that was part Joy Division and part 1930s commissar. “My portfolio at the Kremlin and in government has included ideology, media, political parties, religion, modernization, innovation, foreign relations, and ...” —here he pauses and smiles—“modern art.” He offers to not make a speech, instead welcoming the Ph.D. students, professors, journalists, and politicians gathered in an auditorium at the London School of Economics to pose questions and have an open discussion. After the first question, he talks for almost 45 minutes, leaving hardly any time for questions after all. The Hermetic Library [Hermetic Library] Egregores – The Perfect Pyramid Scheme. Egregores – The Perfect Pyramid Scheme (Last week I posted this as a reply to a comment and am reposting it as this week’s article with some additional commentary.) 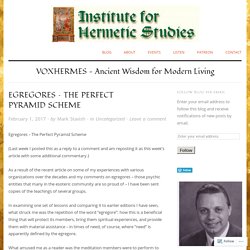 As a result of the recent article on some of my experiences with various organizations over the decades and my comments on egregores – those psychic entities that many in the esoteric community are so proud of – I have been sent copies of the teachings of several groups. The Shock Doctrine - Naomi Klein. Declassified CIA Manual Shows How The United States Destabilized Governments - Common Sense Evaluation. 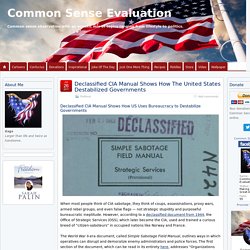 Why more and more priests can’t stand Pope Francis. On 2 January, the Vatican published a letter from Pope Francis to the world’s bishops in which he reminded them that they must show ‘zero tolerance’ towards child abuse. 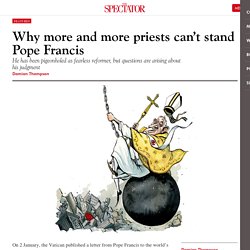 The next day, the American Week magazine published an article that told the story of ‘Don Mercedes’ — Fr Mauro Inzoli, an Italian priest with a passion for expensive cars and underage boys. In 2012, Pope Benedict stripped Inzoli of his priestly faculties, effectively defrocking him. In 2014, however, they were restored to him — by Pope Francis, who warned him to stay away from minors. Then, finally, the Italian civil authorities caught up with this serial groper of teenagers in the confessional. Last summer Inzoli was sentenced to four years and nine months in jail for paedophile offences. If Pope Benedict XVI had displayed such a hypocritical attitude towards a clerical child abuser, the roof would have fallen in on him: he’d have been driven out of office instead of resigning. The Lost Tools of Learning. A TECHNIQUE that WORKS EVERYTIME for me. (plus some infos on DimensionalJumping) : DimensionalJumping.

Every Man and Every Woman is a Star (Wuxing)