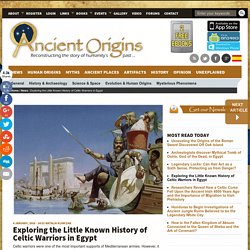 However, it is a little known fact that apart from their role in the Byzantium, these powerful warriors also had a strong connection with ancient Egypt. Nowadays, the Celtic languages and cultures are restricted to Ireland, parts of Scotland, Wales, Galicia in Spain and Brittany in France. However, Celtic-speaking tribes once controlled much of Europe before the rise of the Roman Empire. Groups of Celtic mercenaries and adventurers made their presence felt as far afield as Thrace, Greece, Judea, and Africa. It was during the 4th century BC that Celtic warriors first appeared in Greece, Italy and the Mediterranean islands.

During the 4th and the beginning of the 3rd centuries BC they were employed in the region from Sparta to Syracuse. It is rarely reported that during the 3rd century BC, the Celts also acted as a support for the Ptolemaic dynasty in Egypt. Celtic warriors. Celts in Ptolemaic Egypt. Ashley Olsen Florence Murder Inspires Amateur Online Sleuths. The aftermath of Ashley Olsen’s death is an example of how, in the age of social media, the private can suddenly turn very public. 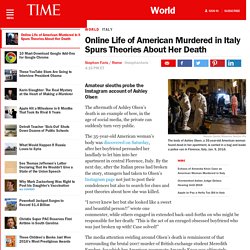 The 35-year-old American woman’s body was discovered on Saturday, after her boyfriend persuaded her landlady to let him into her apartment in central Florence, Italy. By the next day, after the Italian press had broken the story, strangers had taken to Olsen’s Instagram page not just to post their condolences but also to search for clues and post theories about how she was killed. “I never knew her but she looked like a sweet and beautiful person!!”

Wrote one commenter, while others engaged in extended back-and-forths on who might be responsible for her death: “This is the act of an enraged obsessed boyfriend who was just broken up with! Case solved!” David Bowie's unaired 60 Minutes interviews. David Bowie, the rock legend who died yesterday at 69, appeared on countless stages, in clubs, theaters and stadiums around the world. 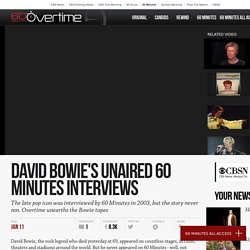 But he never appeared on 60 Minutes - well, not exactly. In fact, Bowie did agree to appear on the broadcast after he was contacted by Robert Zimet, a 60 Minutes editor. Why is Earth’s Schumann Resonance Accelerating? By Kathy J. 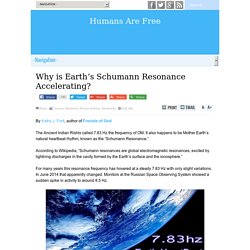 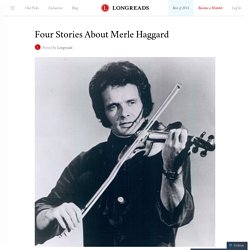 FTR #885 What the Hell Does Dave Emory Mean by “The Earth Island Boogie?,” Part 2: “The Conga-Line ‘Ops’ “ Dave Emory’s entire life­time of work is avail­able on a flash drive that can be obtained here. 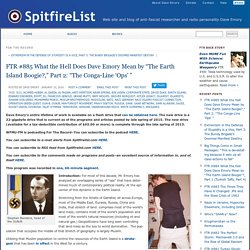 The new drive is a 32-gigabyte drive that is cur­rent as of the pro­grams and arti­cles posted by late spring of 2015. The new drive (avail­able for a tax-deductible con­tri­bu­tion of $65.00 or more) is com­plete through the late spring of 2015. WFMU-FM is pod­cast­ing For The Record–You can sub­scribe to the pod­cast HERE. You can sub­scribe to e-mail alerts from Spitfirelist.com HERE. Amid Night Suns. Exploratory Occultism, Experimental Magic & Psychonautics ~ BAGH-I-MUATTAR. Ten questions for work that matters. 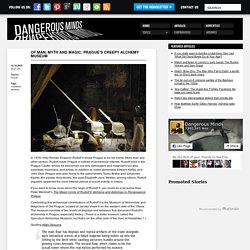 More than any other person, Rudolf made Prague a hotbed of alchemical interest. Rudolf lived in the Prague Castle, where he welcomed not only astrologers and magicians but also scientists, musicians, and artists. In addition to noted alchemists Edward Kelley and John Dee, Prague was also home to the astronomers Tycho Brahe and Johannes Kepler, the painter Arcimboldo, the poet Elizabeth Jane Weston, among others. Rudolf arguably spawned the most intense period of occult activity in history. Surprising insights from the social sciences. Passed-up interference In an effort to improve the representation of minorities in head-coaching positions, the NFL implemented the so-called Rooney Rule in 2003, requiring teams to interview at least one minority for any head coaching vacancy. 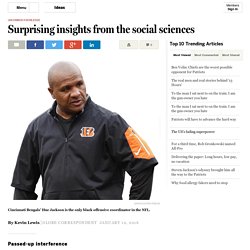 However, a new study by a group of business school professors suggests that the Rooney Rule might not address the root cause of racial disparity among head coaches: promotions at lower levels. They found that even though there’s no evidence of racial disparity in the odds of promotion to head coach from the next level down — positions like defensive or offensive coordinator — there are significant racial disparities in being promoted to those steppingstone positions in the first place, even controlling for various aspects of a coach’s resume and team performance. Rider, C. et al., “Racial Disparity in Leadership: Performance-Reward Bias in Promotions of National Football League Coaches,” Georgetown University (January 2016). Election stakes. Getting to know the Know-Nothings. As Election Day drew closer, an undercurrent of anxiety and discontent swept the country. 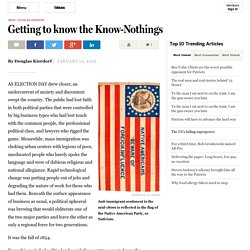 The public had lost faith in both political parties that were controlled by big business types who had lost touch with the common people, the professional political class, and lawyers who rigged the game. Meanwhile, mass immigration was choking urban centers with legions of poor, uneducated people who barely spoke the language and were of dubious religious and national allegiance. The Cure for Perfectionism (A Sneaky Name for Self-Judgment!) Chakras and Dantien. By Natalie and Gil Dekel, Reiki Masters/Teachers. 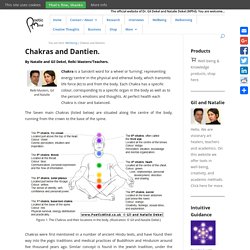 Reiki Masters, Gil and Natalie Chakra is a Sanskrit word for a wheel or ‘turning’, representing energy ‘centre’ in the physical and ethereal body, which transmits life force (ki) to and from the body. Each Chakra has a specific colour, corresponding to a specific organ in the body as well as to the person’s emotions and thoughts. At perfect health each Chakra is clear and balanced. When the Twin Flame Kundalini rises and Souls merge – True story.

Kundalini is the ancient Sanskrit name for the primal life force that animates all living beings. The activation of this energy, also known as Holy Spirit, Chi or Prana, initiates the process of spiritual growth and enlightenment by unifying our body, mind, and soul. Since it originates from the Divine Source, it leads into an expanded state of consciousness and interconnects us with all living beings – and ultimately God. It also unveils our true nature, nourishing our individual uniqueness and validating our sacred purpose – while encouraging others to do the same. Kundalini Activation - or - What Is Happening To My Body?!? Article Shared with Permission from the Galactic Free Press, Article written by Will. Also check them out on facebook here! We see this fairly often, a person goes through an intense spiritual or transcendent experience, and afterwards they begin having some very strange things happen to them.

They may start having sensations of intense heat or energy flowing through their body. Getting ahead vs. doing well. Two guys are running away from an angry grizzly when one stops to take off his hiking boots and switches to running shoes. Hiding.