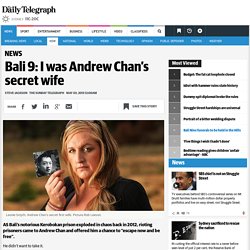 Picture:Rob Leeson. Source: News Corp Australia. Narcotics, international law and the death penalty: The way forward. The tragic execution of Andrew Chan and Myuran Sukumaran and before that, Nguyen Tuong Van in Singapore in December 2005, have highlighted the limited avenues available to a government that seeks to avoid the unjust imposition of the death penalty upon one of its citizens. 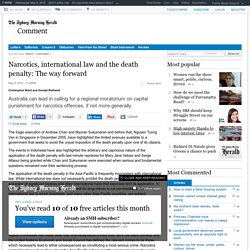 The events in Indonesia have also highlighted the arbitrary and capricious nature of the application of the death penalty with last-minute reprieves for Mary Jane Veloso and Serge Atlaoui being granted while Chan and Sukumaran were executed when serious and fundamental questions remained over their sentencing process. The application of the death penalty in the Asia Pacific is frequently inconsistent with international law. While international law does not necessarily prohibit the death penalty in all cases, there are a number of significant treaties and other international rules that expressly limit its application. Indonesia is a party to the 1966 International Covenant on Civil and Political Rights. Who are the nine people being executed by Indonesia? Jokowi, we voted for a humble man. Now you've taught a new generation about killing. Tony Abbott: Andrew's and Myuran's deaths were shocking – end AFP sharing info on death penalty cases.

Their deaths were brutal, unnecessary and wrong. 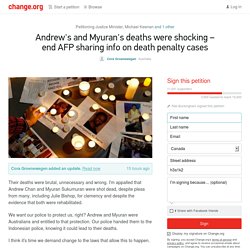 I'm appalled that Andrew Chan and Myuran Sukumuran were shot dead, despite pleas from many, including Julie Bishop, for clemency and despite the evidence that both were rehabilitated. We want our police to protect us, right? Andrew and Myuran were Australians and entitled to that protection. Our police handed them to the Indonesian police, knowing it could lead to their deaths. Bali Nine executions: Andrew Chan, Myuran Sukumaran dead. 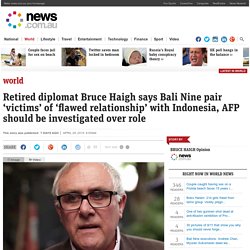 Mary Jane Veloso and being on different sides of the elephant. Who's telling the truth? 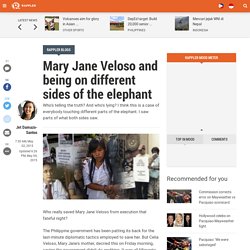 And who's lying? I think this is a case of everybody touching different parts of the elephant. I saw parts of what both sides saw. PNoy to Veloso's mother: I did not create your problem. MANILA, Philippines - President Benigno Aquino III on Friday responded to Mary Jane Veloso's mother who denied claims that the government saved the Filipino migrant from execution. 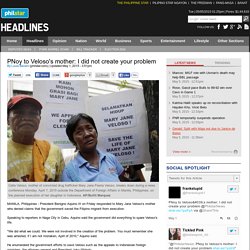 Speaking to reporters in Naga City in Cebu, Aquino said the government did everything to spare Veloso's life. "We did what we could‎. We were not involved in the creation of the problem. You must remember she was arrested, if I am not mistaken, April of 2010," Aquino said. He enumerated the government efforts to save Veloso such as the appeals to Indonesian foreign ministers, the attorney general and President Joko Widodo. Aquino said the government also provided legal counsels to Veloso and brought her family to Indonesia. Jakarta: Advocates saved her. THE Indonesian government confirmed Thursday that it was a meeting with a local human rights group that swayed President Joko Widodo to grant a last-minute stay of execution to Filipino maid Mary Jane Veloso, who was scheduled to be executed Wednesday. 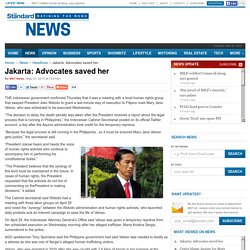 “The decision to delay the death penalty was taken after the President received a report about the legal process that is running in Philippines,” the Indonesian Cabinet Secretariat posted on its official Twitter account, a day after the Aquino administration took credit for the temporary reprieve. Australia Calls for Regional Fight Against Drug Trade After Executions. Approximately 50 kilograms of the drug crystal methamphetamine, also known as ICE, which was confiscated by the Australian Federal Police (AFP) is placed for a press conference in Sydney, Australia, April 8, 2015. 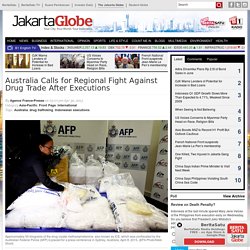 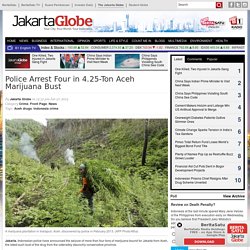 Drug, Murder Suspects Among Prisoners to Escape Police Custody in Lombok. Ten prisoners escaped from a BNN prison on Tuesday. 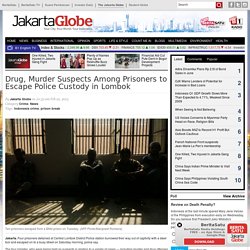 (AFP Photo/Manpreet Romana) Jakarta. Four prisoners detained at Central Lombok District Police station burrowed their way out of captivity with a steel tool and escaped on to a busy street on Saturday morning, police say. The four inmates, who were being held as suspects in relation to a variety of cases — including murder and drug offenses — escaped about 3 a.m. local time, a spokesman for Central Lombok District Police said. Spokesman Adj. Police Arrest Alleged Drug Dealers of Musician Fariz R.M.

Anti-narcotics police with with musician Fariz Rustam Munaf, back. (Antara Photo/Teresia May) Jakarta. Police have arrested two men on suspicion of selling drugs to popular 1980s musician Fariz Rustam Munaf, a day after the troubled musician was busted with heroin and marijuana at his home, Indonesian media reported on Wednesday. South Jakarta Police arrested the two men after “intensive questioning” of Fariz at the Jakarta Police headquarters following his arrest on Tuesday, reported newportal Detik.com. Contact the Prime Minister - Great Britain and Northern Ireland. Indonesians fighting to abolish the death penalty need our support.

A man and a woman who received a temporary stay of execution remain at risk of execution in the coming weeks. Indonesian Drug Hospital Head Backs Capital Punishment for Traffickers. The Economics of Execution: Capital Punishment, Judicial Crime and the Markets. Bloomberg Business’ blaring headline today gives us pause for thought: Indonesian Stocks Tumble Most Since 2013 Following Executions. Investment flows toward markets with stability, Rule of Law, and solid relationships with the larger international community. The Rule of Law issue here is at the crux of many of Indonesia’s problems, and the country’s failure to maintain Rule of Law is almost entirely due to a tacit acceptance of rampant corruption at all levels as “the way things work here”. Have the Lambs Stopped Screaming, Jokowi? 60 more face firing squad. 60 more drug convicts to face firing squad.