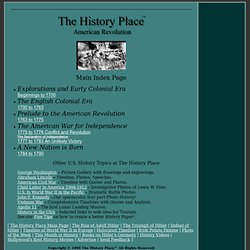 Revolutionary War Timeline. The American Revolutionary War - American History for Kids! English soldiers search a settler's house (1770s) In 1763 AD England won the French and Indian War against France (which had been fought mainly in North America), and so the English-speaking settlers on the East Coast could stop worrying that they were about to be taken over by France. 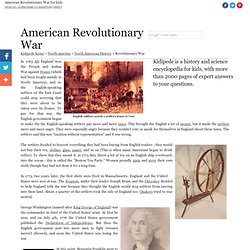 To pay for that war, the English government began to make the the English-speaking settlers pay more and more taxes. This brought the English a lot of money, but it made the settlers more and more angry. They were especially angry because they couldn't vote or speak for themselves in England about these taxes. The settlers said this was "taxation without representation" and it was wrong. The settlers decided to boycott everything they had been buying from English traders - they would not buy their tea, clothes, glass, paper, and so on (This is when many Americans began to drink coffee). In 1775, two years later, the first shots were fired in Massachusetts. George Washington Benjamin Franklin or. 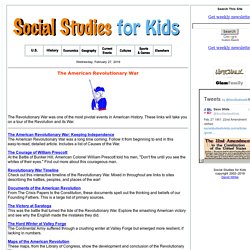