Traits.pdf. Lucy_Calkins_Texts.pdf. Stray.doc. Seedfolks.pdf. Eleven.pdf. Houseonmango.pdf. Flash Fiction Publishers and Inspiration. When I write flash fiction it usually is developed from an idea, which, as I write, morphs into a story with a beginning and middle. 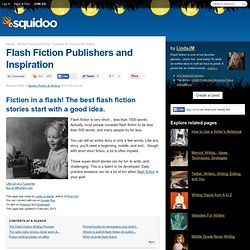 I develop the character a bit, explore that character, let the character react to his or her situation, and then, miraculously, I realize what the ending should be. The whole process usually takes fifteen minutes to half an hour. Very rarely am I left without a proper ending. Fiction is amazing this way. A character pops up out of nowhere, and following that character's strongest traits, a story is created. Where the term "flash fiction" came from Nobody is certain about the origin of the term, Flash Fiction. Some believe the term 'flash fiction' came from an anthology of stories 750 words or less published in 1992.

Other names for flash fiction Short fiction has been called many things. Some call it... sudden fiction microfiction micro-story postcard fiction prosetry or a short-short story... Length of flash fiction ...that's the real issue, isn't it? ...in a flash? Prompt ideas - How to Write a Character Analysis in 10 Easy Steps. Introduction As you were reading your assigned work, you had probably been engaging in an informal character analysis without even knowing it, whether from your own opinions, text you selected to highlight, or notes that you wrote. 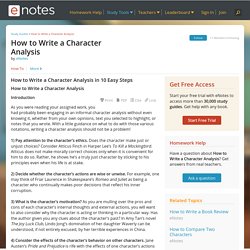 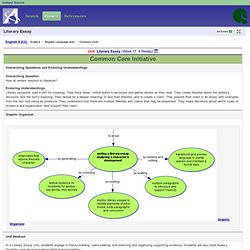