Literary Devices. The Best 100 Opening Lines From Books. The Best 100 Closing Lines From Books. Teaching Activities for Diction: Using Connotation and Denotation to Improve Word Choice & Convey the Proper Tone. Written by: Trent Lorcher • edited by: SForsyth • updated: 1/17/2012 Masters of words don't just understand the difference between connotation and denotation, they know how to use connotation for improved diction in their writing. 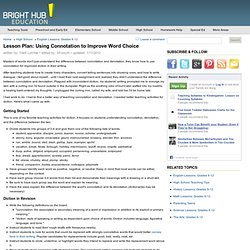 After teaching students how to create lively characters, convert telling sentences into showing ones, and how to write dialogue, I felt good about myself... until I read their next assignment and realized they didn't understand the difference between connotation and denotation. Sensory Description/Imagery as a Literary Device. Simile. Lswolter said... 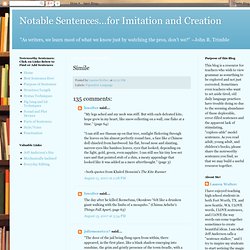 “My legs ached and my neck was stiff. But with each defeated kite, hope grew in my heart, like snow collecting on a wall, one flake at a time.” (page 64)“I can still see Hassan up on that tree, sunlight flickering through the leaves on his almost perfectly round face, a face like a Chinese doll chiseled from hardwood: his flat, broad nose and slanting, narrow eyes like bamboo leaves, eyes that looked, depending on the light, gold, green, even sapphire. 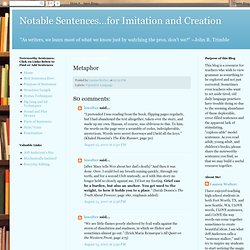 “I pretended I was reading from the book, flipping pages regularly, but I had abandoned the text altogether, taken over the story, and made up my own. Sentence revision strategies. Revising Drafts. Revision ideas LeadsEndings. Strong Leads for Imitation and Extension. Selection of Detail. Good Endings. Strong Leads in General. Climax. In Conclusion: Tips to create a memorable ending for your narrative essay « WRITING CENTER UNDERGROUND. As difficult as it is to begin a personal narrative essay, wrapping it up can be even more challenging. 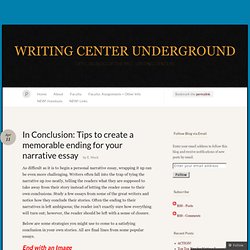 Writers often fall into the trap of tying the narrative up too neatly, telling the readers what they are supposed to take away from their story instead of letting the reader come to their own conclusions. Study a few essays from some of the great writers and notice how they conclude their stories. Often the ending to their narratives is left ambiguous; the reader isn’t exactly sure how everything will turn out; however, the reader should be left with a sense of closure. Below are some strategies you might use to come to a satisfying conclusion in your own stories. All are final lines from some popular essays. End with an Image When nature essayist Scott Russell Sanders was in Omaha to talk to writing students, he said one of the most common problems for beginning writers when crafting a narrative essay is conclusions. End with Action Show yourself in action.

End with Dialogue . . . Which exposition strategy adds the most value? Our experiment has answered the question of whether narrative adds measurable value to near-worthless tchotchkes with an emphatic YES. 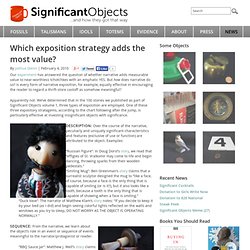 But how does narrative do so? Is every form of narrative exposition, for example, equally effective in encouraging the reader to regard a thrift-store castoff as somehow meaningful? Apparently not. We’ve determined that in the 100 stories we published as part of Significant Objects volume 1, three types of exposition are employed.

One of these three expository stratagems, according to the chart following after the jump, is particularly effective at investing insignificant objects with significance. DESCRIPTION: Over the course of the narrative, peculiarly and uniquely significant characteristics and features (exclusive of use or function) are attributed to the object. Creating Characters - Five Mistakes Beginner Writers Make. I am often asked to appraise writers’ manuscripts. 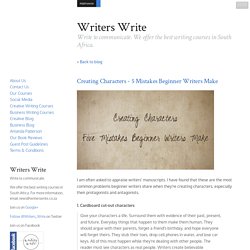 I have found that these are the most common problems beginner writers share when they're creating characters, especially their protagonists and antagonists. Quick Story Starters - Practical Creative Writing. I have always found it helpful to use a story starter when faced with a blank page. 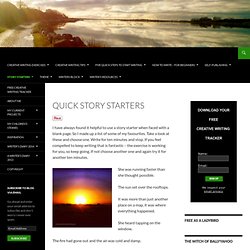 So I made up a list of some of my favourites. Take a look at these and choose one. Write for ten minutes and stop. If you feel compelled to keep writing that is fantastic – the exercise is working for you, so keep going. If not choose another one and again try it for another ten minutes. She was running faster than she thought possible. 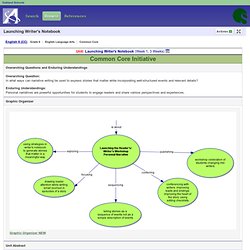